My training in budgeting started as a child.  My father always handled our budget very diligently and taught all five of his children about how to be very careful with money.  As an immigrant from the Netherlands to Canada, having survived the Second World War, he knew how to scrimp and save.  He purchased his first car with a loan and was so horrified at the interest he would have to pay, that he made one payment to the bank, and one payment to himself.  Unfortunately, he could only afford to eat peanut butter sandwiches while he did this, but by the time a second car was needed, he could purchase it with cash.  He continued to make payments to himself and never borrowed money again for a car.  He also never ate peanut butter again, but that was a sacrifice he was willing to make 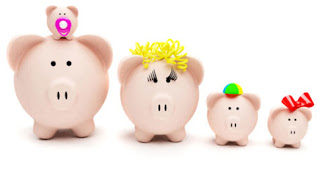 When I became a social worker, I began working with people struggling in poverty and began to see the need for financial freedom classes to help people get out of debt and stay out of debt.  This grew into a ministry that was no longer just for those in poverty, and as I began to coach people who made much more money than me, I saw that usually the more money we make, the more trouble we are in, because there are so many more options and temptations, and much of the world teaches us to be consumers.

When I moved to Africa as a missionary in 2005, I began to see that the poor do quite a good job at saving, and there was a real advantage to living in a cash system without all the challenges of credit.  However, as I lived and worked in both West and East Africa, I saw more and more options being made available, such as mobile money, table banking, and the like.  And consequently, I saw more and more debt being created by individuals and families for consumption loans that would only cause more challenges than blessings. 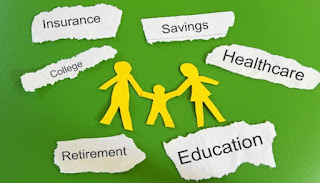 God has given us the blessing of resources but they do need to be managed in a way that will allow for freedom.  This is a need for all God’s people, regardless of their age.  All parents spend money and need to save.  All children can and will learn about financial matters.  Therefore, parents need to learn how to manage money well to help their family be successful, as well as to be able to teach their children in the way they should go.  This is true regardless of income level.  Children are watching and will emulate behaviors.  Unfortunately, the cost of an unlearned lesson always increases with time:  a child who has a tantrum may get a five-minute time out; a teenager who acts out in school may get a fifty-minute detention; an adult who gets angry and starts a fight may get a criminal record and 500 hours of community service.  We need to teach these lessons early to minimize the cost and hardship to our children.

Unfortunately, this does not happen in many families.  In many parts of Africa, this is especially difficult.  I have often joked in West and East Africa that when people get married, the two become one in all ways except financial.  Too often, the wife has no idea what the husband's income is, and there are no joint discussions as a family as to how to achieve financial goals.  For this reason, while I am Stateside, I am writing some resources that can be disseminated to churches and pastors where we are doing Discipling Marketplace Leaders and teaching Integrity and Finance.

Recently, in Ghana, while flying from Accra to Tamale, I read an inspiring story in the flight magazine about a young woman who had a VERY different experience in her family relating to budgeting:

A young lady called Charity went through a socialization process which was one of the most important parts of her upbringing.  Her earliest recollection of this process as a little girl still brings a smile to her face and tears in her eyes.

“The entire family (mom, dad, brothers and sisters) would sit down the first Sunday afternoon of each month at the table after church and after Sunday dinner.  We didn’t have much money…we would always take a look at daddy’s monthly paycheck and then start doing our homework (i.e. financial planning and income allocation).”  Both parent’s pay cheques were earmarked for all current bills.

After that, the upcoming expenses for the month were estimated.  Her father’s income was also allocated for certain key categories such as groceries and she says they ate lots of beans at certain months when they had to make it for less.  Despite having to eat a lot of beans, they never failed to give generously to noble causes.  Living for less enabled her parents to fund their education, because of the hard work and financial prudence on the part of her parents.

Charity is very successful today because of the nurturing environment that her parents provided.  Her parents demonstrated respect for each other and for their children.  They were frugal, and they planned and accounted for every penny of their income.  The children were treated as adults rather than infants, and were always involved in the Sunday family planning meetings.  Each child would make his or her request and proposals to the planning board.

She says that if she needed a new textbook or shoes, she would have to explain to the family the reason and the rationale behind the request.  Each child had to plan for the meeting and conceptualize a logical theme for the funding.  And if one could not, then no money would be earmarked for that item.  Charity wondered, “Imagine if all children grew up in such an environment.  They would have leadership skills in knowing how to run business meetings, disbursements, how to budget, and empathy for the needy before the age of ten.”

The regular meetings were not for finance issues only, but for discussion about household chores and also time to inquire about everyone’s vision and goals concerning school work.  Her parents made chores fun because they took part.

Charity is much more successful and financially better off than her parents but she trains her children in the same principles and manner, and her kids also appreciate them a lot.  She began planning for her kids before they were born.

The fact that Charity and her siblings knew about family obligations made them better planners and investors.  The question is what if Charity’s parents had different standards?  For example, what if they had a six-figure income, did little to no budgeting and planning, and were hyper-consumers?  They would have communicated a very different message to their children.  The kids would be spoiled.  They would expect things to be done for them no matter the cost.  All income would be spent on consumer goods and the kids won’t be appreciative of their parents because they didn’t teach their kids, let alone to think about a noble cause.  Parents must take time to share these values.  It is not difficult to do.  They can be creative about explaining what money is and it’s alternative uses.  After all, there is magic in compounding of interest and dividends over a lifetime of investment. (Fly Afrika Magazine, October-December 2016 issue, page 50-51)

Our goal is financially free people of God who can enjoy the resources with which God has blessed them, while also living the life that God has called them to live.  Proverbs 30:8-9 is a great text that the majority of us should strive for - having enough to live in peace but not so much to forget our God.

Keep falsehood and lies far from me;
give me neither poverty nor riches,
but give me only my daily bread.
9 Otherwise, I may have too much and disown you
and say, ‘Who is the Lord?’
Or I may become poor and steal,
and so dishonor the name of my God.