Guatemala, whose name means "place of many trees" is a beautiful country, very mountainous with many rivers, lakes and forests, as well as volcanoes.  Not only is it rich geographically, it is rich in history, going back thousands of years with many historical buildings and landmarks.  Unfortunately, it is also has had many challenges - a civil war from 1960-1996, earthquakes (the one in 1976 killed 200,000) and hurricanes, just to name a few.  Guatemala is a land of extremes in many ways: highlands and lowlands, wetlands and deserts, historical and modern, and a wide gap between the rich and the poor.

We spent time this past week with Partners Worldwide and a church called Lluvias de Gracia (Rains of Grace).  Lluvias de Gracia has planted many churches throughout Guatemala, approximately 250.  On Wednesday, we took time to travel to some remote villages and visit a few of the small churches in those villages, learning about the types of business and work in which the members are involved.  The pastors all serve as volunteers (with no salary) and therefore most are involved in some sort of work.  Many work as day laborers in some of the large farms in the area - coffee, corn, bananas or sugar.  It was great to walk into these villages of 200 people or less, and see these churches - often the only one in the village - persevering under challenging circumstances.  While Guatemala is certainly different culturally than many places in Africa where I have worked, there are many similarities as it relates to the struggle of business and the challenges of poverty.

We then spent some time with the leadership who are looking to help empower not just the business members of these churches but also the pastors in terms of poverty alleviation.  We took them through the two day workshop of understanding the God of Business in the Old and New Testament, as well as understanding the various needs of reconciliation that need to be done in the Marketplace.  The message was very well received and there was real excitement about the potential of working through their many churches with Discipling Marketplace Leaders.  One of the pastoral supervisors who was in attendance was going to speak with thirty pastors the very next day and he decided to immediately start presenting this material.

The particular group around the table was unique in some ways as there was more "haves" at the table than "have nots."  The challenge in this case is to help the "haves" understand the necessity of the operating from a "pull" not a "push" - meaning that those struggling with poverty and the volunteer pastors must have a say in the solution if there is to be any progress.  There can't be a decision that "all pastors will run a business" when many pastors may not be gifted or have the desire to run a business.  My experience with Asset Based Community Development and Restorers came in very handy for those discussions.

Overall, it was a very good week in which we learned a lot about Guatemala and they learned about Discipling Marketplace Leaders.  They will now consider as a church how to begin implementation of this ministry.

We are thankful to God for this opportunity and we covet your prayers for Lluvias de Gracia as they seek to move their people out of poverty to discover the full potential that God has for them! 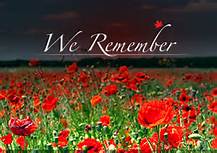 It's been a while since I've posted on some personal reflections.  A day like 9/11 brings out the reflective side of many of us.  We can all remember where we were the day that happened.  I was at Restorers, the Christian Community Development Organization in Grand Rapids where I was serving as Executive Director.

It seems that several lifetimes have passed for me in those fifteen years.  At the time of 9/11, Bob knew he was to leave Calvin because of our decision to send our children to a closing public school, but he still had a couple of months left and had no idea of what he would do nor where our income would come from (I was making very little at Restorers).  At that time, Africa was not even remotely in the picture.  We of course had no idea that Bob had less than nine years to live.  And while Michael Thomson was someone I knew from church, I would never have guessed that one day I would be married to him.

It was a year ago, on 9/11, that I was sitting at the airport in Chicago, on my way to Ghana, and I suddenly felt hit with the realization that I was on the edge of burnout.  I fought (read "denied") it for three months before it completely overwhelmed and consumed me by early December, after which I spent two months in what felt like "the dark night of the soul."

And this past week, a dear sister in Christ buried her second son under the age of 21, and I found myself caught up in the throes of grief for her, and the realization of the on-going devastation of the grief of loss by many around us who suffer silently with memories, longings, and desires that things "could have been different."  This suffering takes place through daily reminders, as insignificant as hearing a line that the loved one frequently used,  to a significant event that the loved one is missing.

Suffering.  Both loud and obvious, and silent and invisible.

In John 16:33, Jesus says, "I have told you these things so that in me you may have peace.  In this world, you will have trouble.  But take heart!  I have overcome the world."

Take heart.
A day at a time.
A moment at a time.
One step forward at a time.
Soon, fifteen years will pass and you will be amazed at what has changed.
You will see where it was that Christ entered in to give peace.

My prayer list continues to grow longer and longer.  I suspect it will be that way until the day I am called home.

This prayer, from one of my favorite prayer books called Guerillas of Grace (by Ted Loder), reminds us that while we think there is too much suffering, we need to be reminded that it may because there is too little of something else:


Sometimes, Lord, it just seems to be too much:  too much violence, too much fear; too much of demands and problems; too much of broken dreams and broken lives; too much of war and slums and dying; too much of greed and squishy fatness and the sounds of people devouring each other and the earth...

Sometimes the very air seems scorched by threats and rejection and decay until there is nothing but to inhale pain and exhale confusion.

O God, make of me some nourishment for these starved times, some food for my brothers and sisters who are hungry for gladness and hope, that, being bread for them, I may also be fed and be full.

And that is my prayer - "make of me some nourishment for these starved times."  Come, Lord Jesus.
Posted by The Reeds in the Wind at 4:25 AM No comments:

A prayer walk for DML is where we gather at a church for some corporate prayer and to share our prayer concerns for the city.  We then break up into pairs and walk the streets, two by two, praying over the businesses, government buildings, hospitals and schools as we walk, and taking time for the Holy Spirit to reveal to us what we need to be seeing in our city.  Every pair is assigned streets to pray over and a prearranged time is set to gather on the other side of the city for some chai and mendazi (tea and donuts) and debriefing.

During the debriefing, these are some of the comments that were heard:
Don't you love these comments?  These were not business people who complained about giving up their Saturday to do a prayer walk.  These were not complaints about walking in the hot sun.  These were Marketplace Ministers who seized the opportunity to be part of a transformational movement, after having been discipled to the purpose of being a minister to the Marketplace.

Please join us in prayer for the Global Marketplace and your specific city or town by reading the prayer below.

A Prayer for Our Work

Lord God,
We pray for all
who work in business and industry,
who work in homemaking,
who work in medicine,
who work in education,
who work in agriculture,
who work in government,
who work in service to others,
who are beginning a new career,
who struggle in their work,
who are seeking new or different jobs,
who are retired or anticipating retirement,
who are unemployed or underemployed.
[Add other categories as appropriate]
Give us joy in our work, and in using gifts and talents we receive from you.
Give us joy in doing all our work to your honor and glory.
Equip us to labor in ways that promote justice and peace.
Equip us to be ministers of your peace in a world that cries for peace.
Through Jesus Christ, our Lord. Amen.

(Taken from the Calvin Institute of Christian Worship)

Posted by The Reeds in the Wind at 4:25 AM No comments: