I'm told that there are people who like to read the last page of a book first, in order to know whether or not the book ends well.  I assume reason this is done is to ensure the book has a happy ending.  If the book has a sad ending, they will pass on the drama of reading the 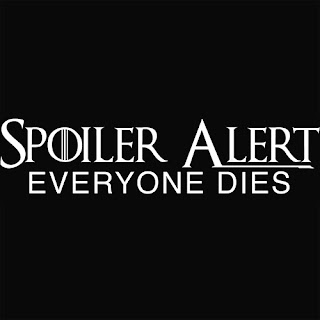 That is definitely not me.  In fact, I frequently feel misunderstood by my family because I tend to want to watch movies that are based on real life - movies that describe the hardship and pain of life; and often these movies are frequently sad.  I started feeling badly about myself, because I would recommend a movie that I thought was beautiful and deep, troubling and thought-provoking, and people would react negatively to it, so I began to think that maybe there was something wrong with my choice of "entertainment."  How could my sad choices be entertaining?  Maybe I'm too dark.  "When I watch something, I just want to escape - I don't want to deal with reality," is the line I frequently hear.  I was sharing this with a friend, who is similar to me in personality, who said "our personality types don't like 'candy' for entertainment - we are truth seekers, seeking to understand people and human nature."  I happily accepted that assessment as part of how God has made me.

Which brings me to the story for this blog, which actually needs no spoiler alert.  EVERYONE knows the end of this story.  And that is part of the problem.  This particular story ends happily but because we know the ending, we miss out on the tension that is so crucial to the understanding of the story.

The story I am referring to is when Abraham is asked by God to sacrifice his son Isaac. We know the background of the story - the drama that is found in Abraham being asked to sacrifice a child that he has waited for his entire life; a child that was to be the beginning of the nations that would be Abraham's heritage; a child promised in such a dramatic fashion. We also know the ending to the story, but let's suspend that for a moment in light of a revelation that was new to me (maybe not new to you) and which dramatically changed the dynamics of this story.

How old was Isaac when Abraham was asked by God to sacrifice him?

Almost every drawing or piece of art that has been made of this scene depicts Isaac as a child.  But when you read Jewish scholars and Christian theologians or commentators, you will see that almost all say that he was likely between the ages of 20-35 years old.

That changes the story for me.  Imagine now Isaac asking, "Father, where is the lamb for the burnt offering?" as an adult.  Imagine him carrying the heavy wood and walking alongside his father, 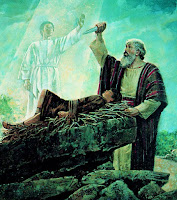 conversing as they walked.  These were not child/daddy conversations, but adult to adult.

But more than that, think of what these words mean:
Genesis 22:9  "He bound his son Isaac and laid him on the alter..."

By this time, Abraham was likely to be around 125 years old, assuming that Isaac was 25 years old.  Could Abraham have bound Isaac without Isaac submitting to being bound?  Likely not.

Can you imagine willingly allowing your father to bind you, lay you on an altar, and plan to set you on fire?  Can you imagine THAT conversation?  And yet, apparently Isaac was willing to be obedient, even unto death.

This story is as much about Abraham's faithfulness to God as it is about Isaac's submission to God. I had never caught that before.

We've all heard how this story harkens to the story of Jesus, carrying his cross, but it bears a much closer resemblance to the sacrifice of Jesus by God the Father when we understand Isaac's age.  This wasn't a child being duped by a father who didn't want to tell him what was going on until it was too late.  This was a young man willing to go toward his death.

The happy ending, of course, is that God provided the lamb, both for Abraham, as well as for us.  The good news, in fact, is that Jesus died in our place.

The good news is that there is one more spoiler alert given to us by Jesus: 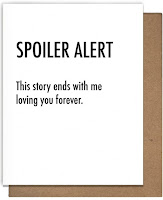 I, for one, am very grateful.

This week we are on the road in Nigeria, visiting various cities to meet with pastors and church leaders who have begun to implement Discipling Marketplace Leaders.  On Friday, I will leave Nigeria for Ghana where I will begin teaching at the Assemblies of God Bible College in Tamale, as well as engage with other trainings for businesses and enjoy meetings with the Hopeline Team.  I appreciate your prayers!
Posted by The Reeds in the Wind at 11:48 PM No comments: