I Got Just Enough Energy to Slap Somebody

These are the Dog Days of the hot season. Everyone is tired, drained by the constant wilting temps and unforgiving nights. Everyone slows down. The kids have had it with school and are ready to be done way too soon. Hannah has a cold. Noah is having a tough time getting up in the morning. I'm finally past getting cured from malaria, but there remains a fatigue that is only exacerbated by the heat. To top it off, we've been without power the better part of two days, so the nights have been a true test of character. We have a generator, which goes off at bedtime, and as soon as that happens, the fans die and we instantly begin a sweat that lasts until I start up the generator at 6:30am. Really, we face the evening the only way we can. We adapt.

700 miles to our West, Renita is doing some adapting of her own. The inveterate introvert is playing host, guide, and troubleshooter to a group of North Americans interested in the work of LEAD. In addition, she's been conducting workshops in four counties to hundreds of LEAD program participants. Her travels have kept her away from the internet and even from opportunities to snap some pics, so the ones below are all I have. Those of you who have stayed with us for a few years will note with interest that Renita was able to drop in on Trokon and Eastman last Sunday. Eastman is faithfully attending school, but Trokon is not. He admits to being bull-headed, but this time it may mean he gets sent back to his mom in the bush. Which may be the best thing for him anyway.

So Renita will be in Liberia another few days, then head off to Cote d' Ivoire, which looks like it will remain stable enough for a quick visit. Maybe then she'll get us some images from her experiences. Until then, we get these few pics to hold us over. And pray that the power comes back on. 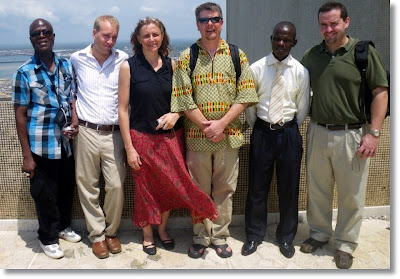 Here are a few folks working to rebuild this little corner of the world: Theo, Derek, Renita, Rick, Allen, and James. 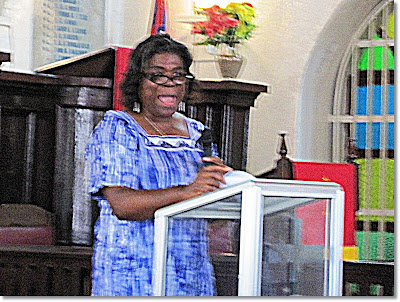 At the Monrovia workshops, the US ambassador to Liberia, Linda Thomas-Greenfield speaks. 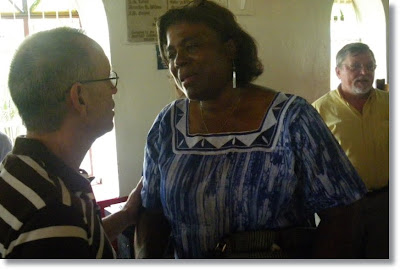 Madam Ambassador talks with a guest, in the back is Paul Olsen, head of USADF in Liberia. 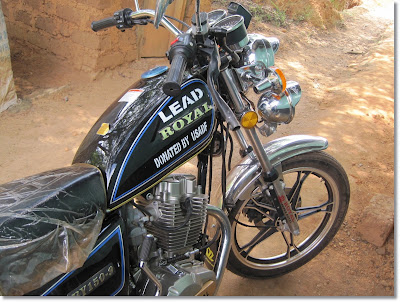 Up in Gbarnga, thanks to the USAID grant, staff can now visit dozens of sites a day-- this little 150 scooter does the job. 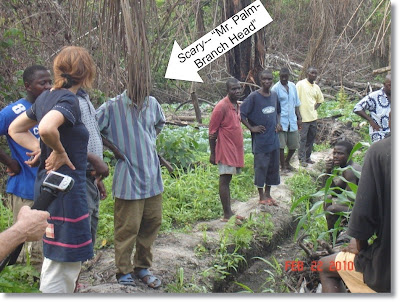 Renita and guests visiting one of LEAD's many participants-- this a cabbage farmer out standing in his field.