The Zero Sum Game Fallacy - is China a threat to the US?

As you may be aware, I have been working on my MBA in Sustainable Development over the past year and will continue to hit it hard this summer.  While some courses have been long and boring, more have been invigorating and challenging.  One of the things that I am growing to love about economics is how nonpartisan, factual, and logical it seems to be - it seems to fit well with my personality type.   I've especially enjoyed macroeconomics, which looks at economies at a national level.  I'm thankful that my professors know of the work that I am doing and have allowed me to focus on Africa along with a faith aspect to my papers.  I just completed a paper on the economic history of Africa, which is fascinating. 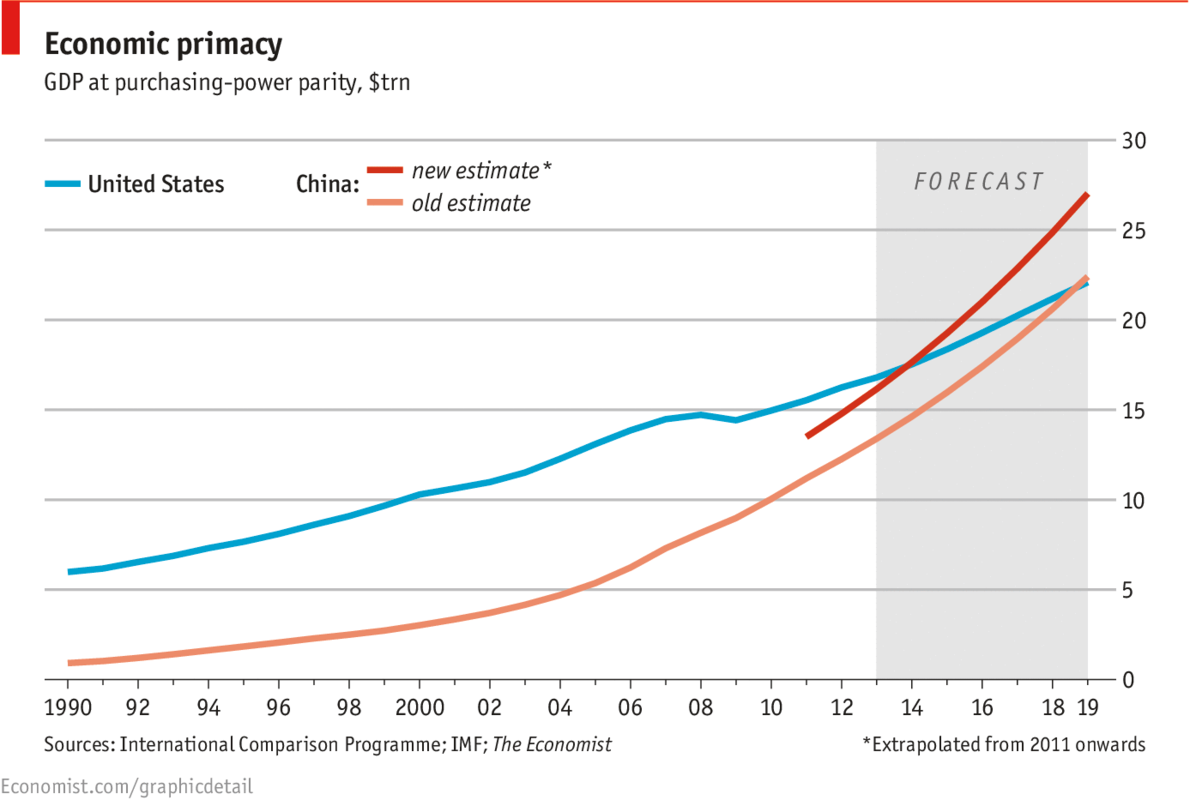 But there is one subject that continues to come up which I have found to be especially helpful, especially giving the changing dynamics of the world economy today.  And that is the fallacy of the "zero sum game." You may be aware that recently the much awaited International Comparison Summary of World Economies was recently released by the World Bank.  In this report, it is projected that China may economically surpass the US not by the year 2019 as was earlier predicted, but by the end of this year, 2014.  (By the way, did you know that China was the largest economy in the world in 1890?  They are simply reclaiming their crown from the US, 125 years later.)

This announcement caused many people in the US and other countries to react with some agitation.  The idea that China has had such quick growth feels threatening to many.  But does it need to?  The sense of threat often has the assumption at its foundation in a fallacy called the "zero sum game." The zero sum fallacy is the belief that as one person gets richer, another person gets poorer - that the amount of wealth in the world is like a pie and as one country grows their wealth or share of the pie, that the pie slice for another country must get smaller.  The belief is that they work in dynamic relationship to each other. This is not only seen in how we view country economies but also in terms of how we see poverty and wealth in individuals.  Sometimes we focus on wealth distribution - taking wealth away from the wealthy - as opposed to wealth creation for the poor.  When we do that, we are again believing that there is only so much wealth available in the "pie" and it must be redistributed, as opposed to focusing on the more long term solution of helping the poor create their own wealth, which is renewable.  I teach in my classes that wealth is a renewable resource from God, based on Deuteronomy 8:18 which says, "But remember the LORD your God, for it is He who gives you the ability to produce wealth and so confirms his covenant which he swore to your forefathers, as it is today."  Wealth is not something that God gives once and then needs to be held on to with tight fists.

One of my professors said in his lecture that we should celebrate when other countries do better!  The pie can grow.  China's success does not mean the US demise.  India's growth should not threaten the US.  These are good things!  Even though these economists are not Christian, they are celebrating greater equality in the world.  Let's be happy about this and celebrate those countries who have struggled so hard and long with poverty and are now beginning to emerge.  For many of us who have been involved in poverty alleviation or giving to charities in developing countries, this news should bring great joy!

Whether or not this growth will last for China or other rapidly growing economies is one thing that economists are considering, however.  For example, the Chinese are currently saving at 50% as a population (the US saves lower than most other countries, at about 18% factoring in retirement, etc.  People don't save when things are going well; remember the US recession in 2009?  Prior to that recession, the US was at a negative savings rate for personal savings - spending more than they earn - however when the recession hit, people remembered the importance of savings and the savings rate began to increase again.).  Personal consumption in China is pretty low,  however as incomes begin to increase, the Chinese are expected to begin to want home ownership, social security, and health care, to name a few.  As people begin to spend instead of save, it will also affect national economic growth, potentially causing a slow down.  Just something to watch as well.
Posted by The Reeds in the Wind at 8:56 AM 3 comments: