Daring to be Daniel 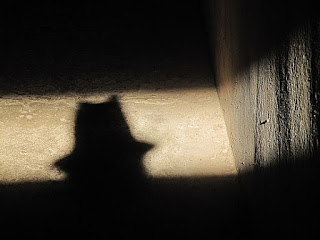 Over the past twelve months I have visited business men and women in Egypt, Ghana, Kenya, and Ethiopia.  I have documented many stories of success, of inspiration, of challenges, and of failures. These stories fill my heart with joy, courage, sadness, anger, and love.

I want to share one story with you but I will not identify the person or the country for this person's protection.  I wish I could say that what has happened to this young man is unique, but unfortunately this is a story that I hear all too often.  What is unique is what this young man has done with the challenges that he has faced in his short 27 years.  I hope you will be inspired, as I have been. I also ask that you will pray concerning the many and immense pressures that hundreds of thousands of Christians face regularly in the Marketplace.

I will call this young man Daniel, for reasons I will explain later.  I met Daniel at a business where he serves as a manager.  He had attended a workshop that we gave on Discipling Marketplace Leaders and had approached me during the break with pain on his face about how a Christian is to do business in a corrupt system.  He asked me to visit his business for a consultation.  As I find great joy in visiting and learning from business people in various contexts, I readily agreed.  As we settled in his office, I asked him to tell me a bit about himself.  And this is the story I heard. 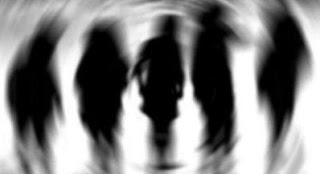 Daniel grew up in a poor family, and was a sponsored child through Compassion International until the age of 21.  His family was Christian but he drifted away from God during his teenage years.  He worked hard in school, came back to God at the age of twenty, and was able to go to University where he obtained a degree in Accounting.  Upon graduation, Daniel went on a number of interviews, where he clearly told those interviewing him that if asked to change a number 3 to an 8, which is an unfortunate part of many developing countries with high corruption, that he would say no.  He didn't get a job for a while, and was eventually hired by a seed company involved in exporting and importing agricultural products, including seeds.  He watched with discomfort as his boss bribed officials to say that the seeds were a good quality.  When his boss filed for a leave to go to school, Daniel knew that he was next in line and would need to be the one paying the bribes.  At the time, Daniel was making about $24/month, while his boss was making $120/month.  Daniel decided the money was not worth the integrity violations and so when his boss left on his leave, Daniel quit as well.  The owner of the company was not pleased and called Daniel, asking for him to return.  Daniel made it very clear that he would not do anything unethical and would not return.  The boss then surprised Daniel by asking him to tutor his children for the next two weeks, as the owner and his wife traveled to China for business.  Daniel was reminded of the Bible story of Daniel who had to make a decision to forgive the King and continue to work with him, while maintaining his integrity, and so he said yes.  But he demanded $48 for those two weeks and demanded that he be paid ahead of time in cash.  Daniel was surprised when the owner said yes!

Daniel did this for some time but knew that he needed to get training to do a different work that wouldn't be as involved in corruption as accounting.  He was blessed to be able to go back to school for a degree in medical laboratory work. While in school, several classmates were won to Christ as they witnessed Daniel's testimony of not cheating on tests or assignments.  Daniel finished first in his class and was offered the position of head of the laboratory at a government hospital that was just opening.  It was there that Daniel saw again the trap of corruption.  He was encouraged, even by Christian supervisors, to buy lesser quality equipment, pad the invoices, and take shortcuts in setting up the lab.  Daniel refused and set up a first rate laboratory, despite a great deal of hardship in the process.  But then the orders came in from the doctors, requesting unnecessary tests in order to increase the profit, from patients who had to pay cash without insurance.  Daniel challenged the doctors but after some time couldn't stomach giving unnecessary tests to those who couldn't afford them and so he left that position.

He then contracted tuberculosis and was very sick for two years.  During that time, he prayed for God to end his life at least ten times, knowing that he would be going to a better place.  His days were filled with pain and his nights were filled with nightmares.  He thought it would never end.  What got him through this dark period was the gospel of John and the silence of Jesus and God the Father through Jesus' suffering.  Jesus knew who he was even in the silence.  Daniel said he realized that he did as well, so he could accept God's silence while he waited for healing.  Eventually the suffering decreased and he gradually began to heal.

He then met the owner of the business he is now in, who invited in to be his personal assistant for one month.  It went well, and another month was given.  Daniel is now the manager of the business, making about $100/month.  He is sharing his income by supporting ten children, just as he was supported.  He told me, "I don't give.  God is the only giver.  I simply share what God has given." 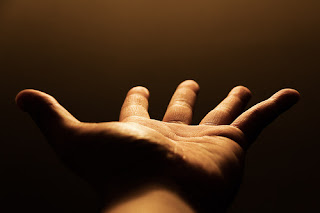 But he says that he knows he has not reached his destiny yet.  He said, "I know that someone somewhere is looking for me to show him or her Christ.  So I am waiting for God to show me the next move."

I was so blessed by Daniel's testimony.  I'm not sure how a 27 year old learned to keep his hand open before God as it relates to his time, treasure, and talents.  Too often, as we become aware of our time, treasure and talents, we tend to close our hand and hold on to them tightly.  But Daniel has learned that God is the giver of all three and therefore it is better for him to keep an open hand, so that God can keep pouring in.

My heart aches for the many Christians who do not have the courage to do as Daniel has done and for the many Christians who are not able to speak openly about the challenges and ethical compromises that they feel forced to make, especially if they have families to feed and school fees to pay.  We are to be a light in the darkness, but to be a light, we need to be discipled, equipped, encouraged, and lifted in prayer.  Please continue to be in prayer for the many other Daniels out there.
Posted by The Reeds in the Wind at 7:56 AM No comments: