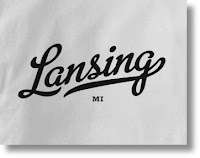 A Quest Down Memory Lane 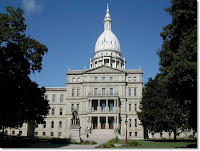 are there, all my great and tragic childhood moments as well. I left Lansing 32 years ago to attend Moody Bible Institute in Chicago, and never went back to live. After five years in Chicago—another great American city—I ventured out to Los Angeles for more school, stayed there until 1985, then landed back in Michigan—this time in Grand Rapids for another 20 years. I did not visit Lansing while in Los Angeles, and by the time I got to Grand Rapids, my Mom and Step Dad had moved back up north to Lake City, near Cadillac. So I haven’t had much reason to drive to Lansing for many years.

But I was on a quest, so my first task was to get the birth certificate. The day was absolutely perfect: Sunny with puffy clouds overhead, warm and clear, with a cool invigorating breeze. I needed to do a bit of walking downtown, just because I parked my car away from the Ingham County Courthouse building. It was oddly lovely being in my old city again. I felt happy and sad at the same time. I was quiet, and I looked into people’s faces more than usual for some reason. I had a smile on my face the whole time I was there. Not a silly grin, or a happy “How ya doin!” openness, but I felt good being in Lansing and I think it just showed. At the courthouse, it was nice chatting with the Ingham County Clerk ladies while I waited to get the certificate processed, and when I got the certificate, it took me a bit deeper into my beginnings. 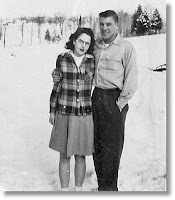 it would be changed to its current 5143 Bogart) on the city's south side. My mother, formerly Lucille Helen Cain, was 25; My father, Floyd Allen Reed, was 29. (He would die within 3 years when our house was destoyed in a fire-- dad fell asleep while smoking.) The document itself was created from microfiche. The old uneven typewriter keystrokes told the story of a completely different age, even before electric typewriters. It was the first record of my existence, and seeing those two names above mine, so young, just starting out, made me nostalgic. I also realized now I’m old enough to be the parent of a 25 or 29 year old. I’m the age my grandparents were when I was born. It made me smile again, that happy sad smile. 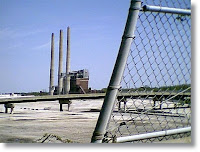 Street. I drove slowly through the city, noticed how much had changed in the last thirty years, noted in particular the massive sea of empty acreage covered in concrete as I passed over what used to be Oldsmobile. Lansing used to be a boom town, home of Olds and Fisher Body, and the Cains and Reeds were a blue color GM-union family. While I was a kid, Lansing grew by 50%. Since 1980, it has shrunk by 13%. As I drove down still familiar streets, it felt smaller.

Turning onto Bogart street was another one on those defining moments. First, I almost drove passed it—it never seemed so close to the intersection of Logan and Jolly before. I turned right, and simply braked myself down the street. It was hard to believe how those once huge homes seemed so small, and what a short little street it is—and therefore always had been. Passing my old home, so important, so dear, where so much life had passed by, I was impressed that the owners had not cut down the trees. See, my father had planted about fifty pine trees around the south and east perimeter of our yard and now—fifty five years later, they are huge monsters towering over that little three bedroom, one bathroom home where my mom raised six kids. I liked it, but the foliage seemed to swallow the whole yard. It was more hidden. I liked that too. Keep it hidden, tucked away. 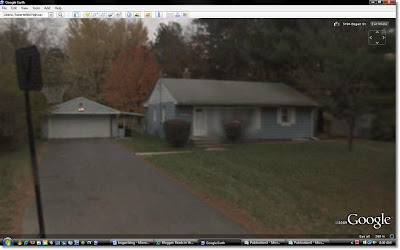 Anyway, I was ready to return to my current life, quest completed. I made an attempt to revisit my old school but the former entrance is now an exit and I didn’t know how to get in. I found the freeway ramp, and headed home.
Tomorrow, Renita ventures on her own quest. We’ll drive to Detroit and where she’ll say goodbye to her Canadian citizenship and the Red Maple Leaf and embrace the Stars and Stripes of the United States of America. Ironically, tomorrow is Canada Day. She’s been doing her own feeling and reflecting. But that’s her story to tell.
. 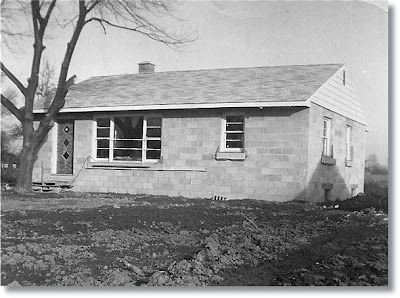 That same home 51 years ago, almost finished after the fire that took the life of my dad, leaving four kids and their mother to figure it all out without him. I have no memories of my father. 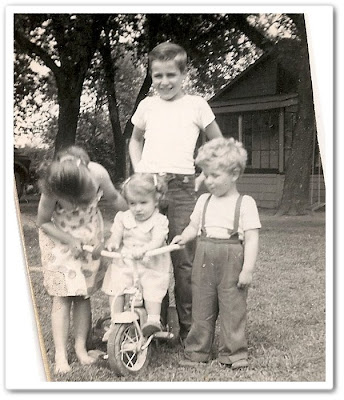 The first four Reed kids: Brenda on the left big brother Don looming over us, Sandy at the trike, and Yers Trooly looking cute and goofy. In front of the old house, just a few weeks before what we call "The Fire."