It's time again for updates from the Reed Family:

Noah is graduating from high school in just three weeks!  Prior to his graduation, he will be going on his senior trip to Barcelona, Spain for six days.  Noah's trip, in large part, was sponsored by our dogs, Jack and Dusty, who faithfully contributed puppies that were sold, as well as through candy sales donated by relatives and friends.  I'm sure they will have a great time on their trip.

Noah graduates on May 31st, and the very next day we get on a plane to head back to Grand Rapids, arriving on Saturday afternoon.  On Sunday we will have his open house. [You are invited - see invite below!]  Noah starts work with Spring Hill Camp on Monday, June 4, so there is no time to lose!  It will be quite a full and exciting few weeks for him.  On the left is a picture of the graduating class - quite a diverse group of fun young adults!

Hannah is finishing her freshman year at Calvin and is looking forward to taking a summer class as well as continue working at the Calvin library full-time over the summer.  She is hoping to get some time off for vacation at the end of the summer but in the meantime is keeping her nose to the grindstone.  Thankfully, some of her friends live in Grand Rapids so she will be able to continue to hang out with them during her off time.  We will have the not-at-all-unique challenge of having one car with three working individuals, all working in different places!  I'm sure the Rapid will come in handy.  She is also volunteering at Bethany Christian Services and was given the dress she is wearing in this picture by family with whom she is working.

As for me, I have decided to come back to the States to continue in my same position as West African Regional Facilitator with Partners Worldwide until December of this year.  It has been quite a process over the past few months to reach that decision, but through prayer and consultations, I think it is the best decision.  During this time, I will be praying about my next field placement.  I will be taking an unpaid sabbatical during the months of July and August in order to have a silent retreat, spend some time with my parents as well as Bob's parents, focus on being a parent, and try to figure out this next phase of my life.  My father has been in a nursing home in Canada for the past nineteen months and I have only been able to see him once.  Bob's step-father, in Lake City, has been seriously ill for the past six months and needs help getting to dialysis three times per week.  It will be good to spend time with them and help out where I can.  From September - December, I will be both at the central office in Grand Rapids, as well as back on the field, continuing the work of our partnerships in West Africa.

And now in other news...

The trial of Charles Taylor, which began in 2007, finally came to a close as he was found guilty of eleven counts of war crimes and crimes against humanity during the civil war of Sierra Leone.  These war crimes include murder, rape, mutilation, sexual slavery, and the conscripting child soldiers.  While this conviction brought relief in Sierra Leone, it did cause some strife among Taylor supporters yet in Liberia.  It has gained some world attention as Charles Taylor is the first former president to be found guilty by a modern international tribunal.  He will be sentenced on May 30 and it appears that the prosecution will be looking for an 80 year sentence.  The 64 year old Taylor will serve his sentence in the UK, and, of course, it is expected that his defense team will appeal.

What was very interesting was that during the two hour reading of the verdict, a rainbow appeared around the sun in Liberia for about an hour, which caused quite a stir.  According to the news, this same rainbow around the sun occurred when Taylor was extradited from Nigeria to Liberia in 2006 before being charged with the war crimes.  We were in Liberia at that time and I don't remember that, but many are viewing this as a sign of blessing from God.

Ghana has become the first African country to pioneer two vaccines of the most deadly infant diseases:  rotavirus, which causes diarrhea, and pneumococcal, both of which kill 2.7 million children worldwide each year.  Ghana continues to do well on the Millennium Development Goals and these vaccines will help in cutting child mortality by 2/3rds by year 2015.

In work news, the fiscal year for Partners Worldwide is coming to an end, so all of us are busy looking back at how we did on our plans for the past year, and looking forward to what we hope to accomplish in the new year.  It is always an exciting time to take a step back and look at the big picture to see the effects of our efforts.  It's also fun to look ahead and imagine what we would like things to look like a year from now.  To seen a Reed update letter, as well as a story from one of our businesses in Ghana, please click here. 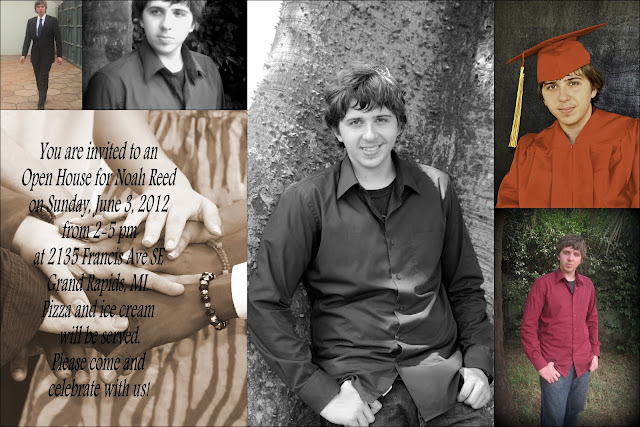 Posted by The Reeds in the Wind at 2:44 AM No comments: