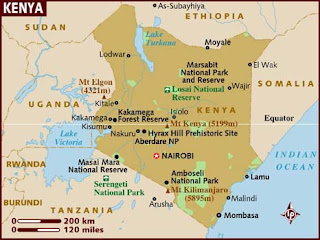 That's enough of a history and current events lesson for this blog!  If you are Kenyan, feel free to correct me if anything was incorrect!  Thanks for reading!
Posted by The Reeds in the Wind at 9:25 AM No comments: