Not long ago, the US Embassy in Kenya sent out a notification of a cholera outbreak in the country.  There have been 3000 cases with sixty deaths so far.   It made me think of a research paper that I wrote for one of my classes on the correlation between health and productivity.  We all know of organizations who do great work in addressing health issues around the world.  Two that come to mind immediately for me are Doctors Without Borders (MSF) and the Mercy Ships.

While we laud their work, there may be another motivation for us to address health, than simply for the sake of health.  There is a great deal of evidence that health and productivity, or the economic development of a nation, may be linked.  There is also a great deal of evidence that health and per capita income are linked.  Therefore, if the health of a person is increased, their income may be increased, which may lead to the income of an entire nation to be increased.  This is part of the reason why the Millennium Development Goals focused on health, and why the Sustainable Development Goals that I mentioned last week continue to focus on health.

As it relates to physical health, there have been great strides made around the world in the last fifty years.  According to the World Health Organization:
There have been significant improvements in health however it is apparent that there remains a great deal of work to be done.   The impact of bad health on the human capital within a country is significant and can significantly impact a person’s personal income, a country’s productivity, and the national GDP.

This chart shows the correlation between health and income, and the effect on life, very well. 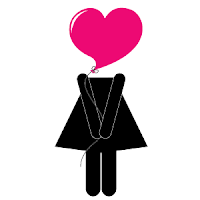 compassion without looking at the big picture.  This reminder of the importance of health on productivity, which then leads to the health of nations and its citizens, reminds us that people are the solution when given a fair and equal opportunity, such as health.

[Side note:  The other interesting thing that I read recently is that they continue to measure happiness of citizens in various nations, and have found that happiness levels off after people reach a certain income level (and it's not that high of an income level either).  This diplomat then said that countries make a mistake when they continue to make it their singular goal to see that their country continue to grow in wealth year after year...maybe the focus needs to be somewhere else...something to think about.]

Posted by The Reeds in the Wind at 7:35 AM No comments: