"I thank God for the ability to toilet," one of our leaders from Nigeria said on a recent prayer call.  Immediately most of us smiled, but he was very serious as he went on to explain how he was with someone who took three hours to pass urine, and another who took two hours to pass the "other," as he delicately put it.  Those in the medical profession would get it immediately.  Those of us who "toilet" without thinking about it would not. 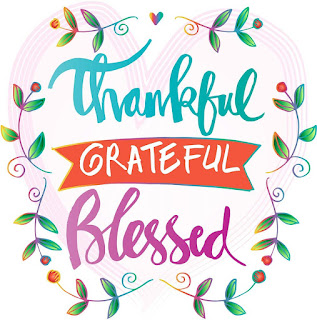 It made me think about how many things I take for granted that many, many other people do not.  I'm thankful for the obvious things: peace and security, health in general, food on our table.  But the things my partners are thankful for - the ability to travel from town to town without being kidnapped (Nigeria), the ability to find food in the stores to be able to put on the table (many places), the ability to open your business any day you want without fear of retribution (Cameroon), and so on - those elude me without being in community with brothers and sisters in Christ in Africa.

On Thursday, I had one of my best Thanksgivings ever when the DML team got on Zoom together and everyone was given a chance to give thanks.  I wiped my eyes a number of times as I listened.  This is a team that understands that following God does not make things easy, but that He promises to be with us and that promise is not broken.

For many, they started with, "I'm thankful for what God has done in and through this pandemic."  And they proceeded to reflect on the many good things that have happened in this past year that would not have happened if we had continued on the planned course of action.  The ability to pivot and switch came as a direct result of our prayer time, intentionally listening to the Holy Spirit together.

And so, even though I have not been on African soil in eight months (longest stretch in fifteen years), I continue to be so blessed and thankful for the DML team and the work that they are doing in places that we did not imagine would be the case prior to 2020.

I also received another gift on Thanksgiving Day.  I received word from the Canadian government that I had been granted permission to enter Canada to be able to visit my mother and father.  I have not seen them since January and while I have to quarantine for 14 days, my mother will be able to be with me in the place where I quarantine, as my aunt has opened up her home for us (there has to be enough space for us to have our own bedrooms and bathrooms).  I am so thankful but covet your prayers that I may be allowed to cross the border - the border guards are still able to deny my entrance even with this permission.  Since my work is mostly on my computer and Zoom, I can work from anywhere, so I'm very thankful for this opportunity and blessings!

Posted by The Reeds in the Wind at 5:30 AM No comments: