Call for Prayers for Kenya (and Uganda)

May I ask for your prayers this week for Kenya? 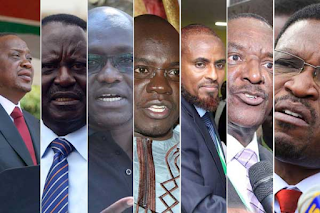 The August 8th election in Kenya was overturned by the Supreme Court on September 1st.  This was a great surprise.  The re-election date was set for October 17.  However, in late September the Independent Electoral and Boundaries Commission (IEBC) ruled that the changes that were needed would not be in place by the 17th and moved the election to October 26.  On October 10 the main opposition (Raila Odinga) to the incumbent (Uhuru Kenyatta) withdrew from the race, stating that the 12 irreducible minimums to undo the problems from the August election would not be met by the 26th.

The country was left wondering what to do, going back to the constitution for guidance.  On October 13, the IEBC decided to allow the other presidential candidates who had contested on August 8th to be added to the October 26th ballet.  On October 18, one of the members of the IEBC resigned from New York, citing death threats and the belief that the election can't be credible.  On October 19, the CEO of the IEBC took a three week leave (!!??).

There have been many protests in various parts of Kenya, resulting in more than 75 deaths.  Raila Odinga insists that there will be no election on the 26th and has announced that he will "deliver a way forward" on October 25 (which sounds rather ominous to me.  If you have a way forward, why wait to announce it?). His party has called for country wide protests on the 26th.

All of this has been so disruptive to the citizens of Kenya, to businesses, and to a general calm and peace in the process of democracy. 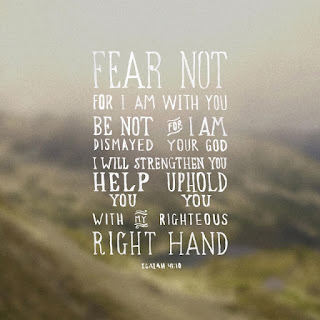 Written by a Kenyan friend on Facebook, "God, you are enough for Kenya and you are saving us from danger.  When we hear about the guns and deployment forces, when leaders speak threats to innocent Kenyans on media, we fret!  But you say in your holy word, "Fear not I am with you" 365 times.  David told Goliath, "You come to me with a sword and javelin but I come to you in the name of the Lord!"  It doesn't matter your tribe or position.  God will fight for us!  Lord, we pray you calm the storm in Kenya!"

While you are praying, please also pray for peace and democracy in Uganda.  President Museveni came into office in 1986.  At the time the country had a two term limit, so Museveni had the constitution amended so that he could run again.  Now he has run into another constitutional issue which says you cannot run for president if you are over the age of 75.  He is seeking to change the constitution again and protests are being had around the country regarding this issue.

Thank you for praying for these precious countries, for our brothers and sisters in Christ, and for God's will to be done.

I am in Ghana and have finished an exhausting month of trainings.  I leave on Monday and will be home on Tuesday, only to leave again in nine days, back to Ghana and then Nigeria.
Posted by The Reeds in the Wind at 3:14 AM No comments: