This will be a very quiet week, by design. Renita is off to a center called The Hermitage. The center is little more than a collection of humble buildings nestled in the hills and moraines of southern Michigan near Three Rivers. She is taking time out of her hectic schedule to do something unusual but completely necessary. Its called a silent retreat. From Monday morning until Friday morning, she will not utter more than a handful of words, and except for meals, she will remain in solitude. She will spend the time in reflection, meditation and quiet conversation with God. Mostly she will simply listen.

Renita and I have both participated in silent retreats during our marriage, and we try to build quiet into different parts of our lives. This is the first opportunity for either of us to actually go someplace in four years. I've learned

to take advantage of her absence by quieting down a bit myself. The kids are in school until 3:30, so I have the day to use in different ways than I normally would.

I believe most people would benefit from intentionally seeking extended periods of quiet. Most people are pretty noisy, I think by nature. By noisy, I don't necessarily mean verbally, but rather noisy internally, as if our minds have no "Off" switch. There is a steady stream in the mind, asking, "Now what is there to do?" or "What's next?" For some of us, quiet is unacceptable, and for others, it is downright terrifying. Most of us literally do not know how to quiet down for more than a few moments at a time, and even if we did, we'd choose not to.
Amon

g my greatest mentors of silence are the Desert Fathers. The Fathers-- and Mothers-- were groups of Christians who lived in the 4th and 5th centuries in the deserts of Egypt. They are remembered today for their extreme asceticism and their remarkable words. Some of their sayings are like Zen Koans, beyond rational analysis or critique, at once inaccessible and yet immediate and powerful. Other sayings speak directly to the heart and mind, and refresh the soul. They spoke about holiness, sacrifice, true spirituality, love-- and the deep wisdom found in silence. Here are two of the thousands of their sayings, and two of my favorites:

A certain brother went to Abba Moses in Scete and asked him to speak a word. The elder said to him, “Go and sit ‎in your cell, and your cell will teach you everything.”‎

Abba Theophilus, the archbishop, came to Scetis one day. The brethren who were assembled said to Abba Pambo, 'Say something to the Archbishop, so that he may be edified.' The old man said to them, 'If he is not edified by my silence, he will not be edified by my speech.'
Pow.
After her retreat, Renita is immediately back to the noise-- she leaves from the center to spend the weekend in Iowa speaking to groups for Partners Worldwide. She returns Sunday. I know that we will have stories to tell each other, and wisdom to share-- news from the silence. 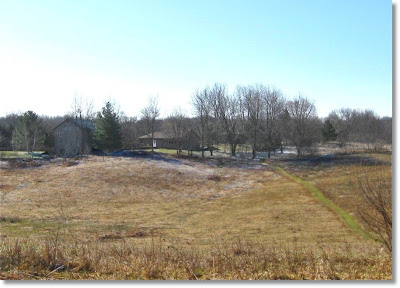 The Hermitage. If you were not looking for it, you'd never know it was there. 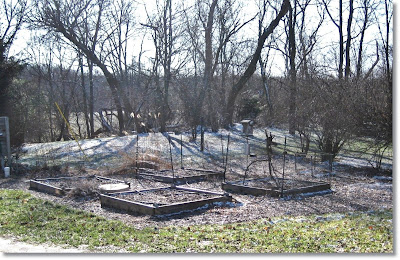 Early Spring in Michigan on the grounds of the center. The leafless trees wait, the garden boxes wait. A nice place to walk. 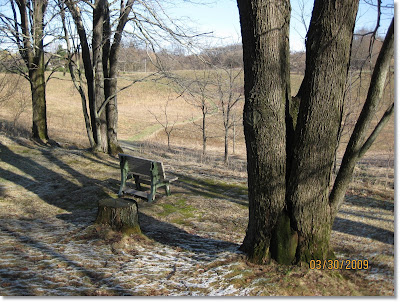 A quiet place to hear a Voice. 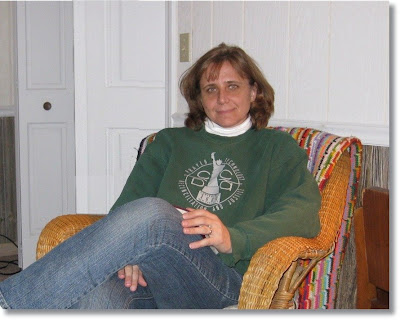 Renita as I left her in her room. I miss you already, but this parting is very good. Seeya Sunday.


If you would like to connect with The Hermitage yourself, you can visit them online at
http://www.hermitagecommunity.org/main/