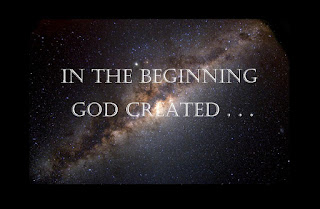 When God created the world,
He declared it to be good.
And it was. 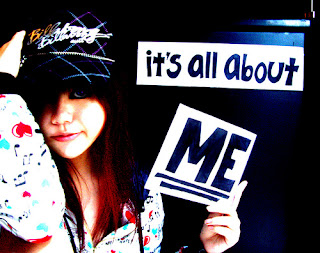 Then sin entered and it became not so good.  It became "all about me."  Messy.


Then Christ came, redeemed all things, and things got better
- more hopeful -


And that is where we are today. 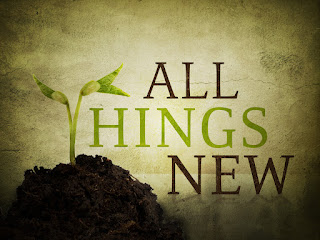 Working Christians are to operate in the messy middle, working on both creative and redemptive goals.  That is the task before us.  Christ has redeemed all things and we have been given the task of reconciliation.  We are Christ's ambassadors.  For those of us in the business world, our call is to continue to be creative and to be fruitful to meet the needs of the world as the population continues to increase and the world becomes a more global village.  We are to provide goods and services that will help individuals and families flourish.  As we figure out ways to meet those needs, we then need to multiply it so that more people can have access and flourish.  Be fruitful and multiply.

But we don't get to stop there, as we are also called to deal with the messy middle, to deal with the reconciliation that needs to take place:
Working with Christian business owners, their churches, and their pastors, to understand the role of business in reconciliation is also a messy work.  How do we engage the world on these issues?  Do I simply look at what I am doing, or do I have a responsibility "from field to fork to disposal?"

I heard a business woman from Western Kenya tell a story of finding a gap in the market for a by-product of sugar (Western Kenya produces a lot of sugar cane and manufactures it as well).  She had access to it and found a great demand in a different city.  They were willing to pick it up from her.  She was happily doing business.  Then one Saturday, the main customer who had been picking up the product, called her and asked her to deliver this one time as his vehicle had broken down.  She and her husband agreed and made the drive to the place.  Upon her arrival, she saw a broken down area, people staggering with drunkenness, and saw that it was a major producer for a type of alcohol made from this sugar by-product.  She felt sick when she realized that she had been the supplier for this.  And she made the decision to stop immediately.

Was that the right call?  Is she responsible for how people use her product?

What about this one?  There is a worldwide phenomenon called "glue children" - mostly street children who get addicted to a very cheap glue, made for furniture and shoes.  This addictive glue, when sniffed, makes the children feel happy, satisfied, less hungry, and less cold.  It does, however, cause brain damage.  The Minnesota-based US company, HB Fuller, a major supplier of this glue was asked to include a simple ingredient to the glue to make it unsniffable:  mustard seed oil.  Mustard seed oil is an irritant to the nose and would cause these children to stop sniffing.  HB Fuller refused, stating that it wasn't safe for their employees.  Safety measures could have been taken for them, but the reality is that HB Fuller stood to lose a lot of sales if all the children stopped sniffing daily.  It went to the Supreme Court and HB Fuller prevailed.  A documentary was done on the Glue Boys of Kitale, where I lived and work in Western Kenya.  A five minute clip of that documentary can be seen here:

These cases may seem more obvious in terms of ethics.  But what about using plastic bags when selling products?  Selling water bottles or serving water in plastic bottles?  What about paper usage and trees?  Chemicals used on food? Wasting electricity and water?  And the questions go on.

We live and work in the messy middle.  We are called to be reconcilers.  But knowing how to be an agent of reconciliation is not easy and it is not always black and white.

That is why we need to talk about these things.  To share.  To encourage.  To disciple.

If we simply stay in the fruitful and multiply stage of work, and not engage reconciliation, we ignore a huge battlefield and may be negatively contributing to it, without even being aware of it.  Churches, let's engage our people, calling and equipping them to be agents of reconciliation!
Posted by The Reeds in the Wind at 6:25 AM No comments: