For Everything There is a Season

Today is a significant day.

But for me, this day has more significance.  It is a day of recognizing seasons.

It is also a day of realizing, with some surprise, the significance of the number seven in my life.  Seven indicates the number of completeness in the Bible and I was startled to realize, upon reflection, the four distinct seasons of seven years that I have had in my life. 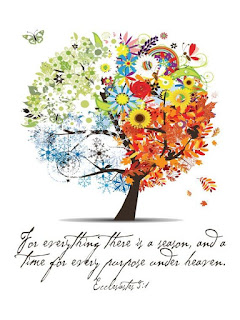 Today is the last day that Restorers, a non-profit in Grand Rapids that was partnered with five different churches to work with neighbors in the Madison-Hall community, is closing.  This is a ministry that I had a hand in starting when I was a deacon with Madison Square Church.  The late Norm Katerberg had the idea to buy the building at 1413 Madison and he donated it to Restorers.  The late Jane Lambers sat with me in that empty building, with two chairs and a table, wondering what God was going to call us to do.

I served as Executive Director of that ministry for seven years (1998-2005), and when I left it had nine employees, eleven programs, a robust partnership with neighbors and neighborhood churches, as well as the local public school.  It was a delightful, albeit challenging, seven years.  It served the community for 22 years and today it is closing its doors.

For everything, there is a season.

From Restorers, we moved to Liberia and then to Ghana.  I worked with Partners Worldwide for seven years (2005-2012).  While I lost Bob during that time, God was also doing some amazing things in me and with me.  I remember saying that I wasn't leaving Ghana because while Bob's call was done, I did not have the assurance that my call was also done.

In 2012, I met Dr. Walker from International Christian Ministries.  After a series of conversations about my frustration regarding the business as mission movement not working through the church and his frustration regarding the church not moving into the marketplace, I was invited to move to Kenya to see what God might have me do through pastors.

For everything, there is a season and in 2012, I realized that my season with Partners Worldwide was over.

Seven years ago, I went alone to Kenya to teach pastors at ICM's Africa Theological Seminary to teach them about business as mission.  I started with a class of twelve pastors.  We started a pilot project with one pastor and one church.  In seven years, we have grown to nine countries, working with 30,000 churches that have more than 12 million members.

And now, today is the last day that Discipling Marketplace Leaders is housed under International Christian Ministries.  For seven years (2013-2019), ICM allowed DML to start, explore, expand, and grow.  In 2018, we recognized that it was time for DML to stand on its own.  To be honest, I fought that idea for some time because I know the responsibilities of running a stand-alone ministry.  It is more comfortable to be under ICM than to branch out.  But God was bringing more people who were saying with a louder voice that the time has come.

Little did I realize, until just recently, that seven years have passed again.

For everything, there is a season.

And as I do the math, I realize that Bob and I got married in 1990.  In 1997, we moved into the Madison-Hall neighborhood, which led to the starting of Restorers.  Another seven-year season.

Today, I am grateful to ICM for their partnership and we look forward to continuing to partner with them in 2020, as we begin to work with ICM Burundi (in addition to on-going work with ICM Uganda, Kenya, and Tanzania).  I am uneasy about DML starting on its own, but I am thankful for new partners like Paul Soper, Emeline Nde, and our new board of directors who will help to guide this work. 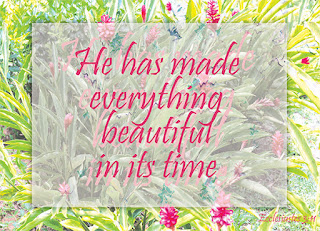 But more than anything, I am grateful to my God and Father, who continues to guide and shape and move according to His seasons.  The fact that I have seen these distinct seasons of seven gives me goosebumps as it has the fingerprint of God on it.

Ecclesiastes 3:11 says, "Yet God has made everything beautiful for its own time."

As you reflect on this past year and this past decade, I pray that you too see the fingerprint of God on your life.
Posted by The Reeds in the Wind at 8:22 AM 2 comments: