From Darkness Into Light 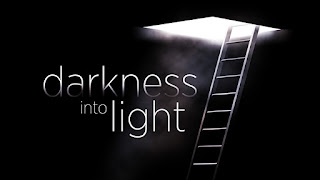 Almost as suddenly as the darkness of burnout came, it seems to have mostly left.  A couple of weeks ago, I had several brief glimpses of "normal" Renita again, which I experienced with great joy and relief.  And from that time forward, the "normal" Renita seems to be emerging more and more.

What caused the darkness to go?  Nothing significant changed in my circumstances.  This entire burn out has been a bit of a mystery to me, both in how and why it came, as well as how and why it left.  There definitely seems to be a spiritual component to it.  But either way, I'm very thankful.  I was beginning to despair that I would feel normal again, and people were indicating to me that it could take up to two years.

One thing that did help came in the form of a gift from a friend to utilize a service called Corporate Psychologists out of Minnesota, whose goal is to assess and measure talent data, for the purposes of turning that data into action.  I took hours of tests and then had the fun of hearing the results; it was especially fun because the assessments were objective (based on tests and interviews) and were being done by strangers who had no vested interest in telling me one thing or another.  There were some things that I knew, and some surprises, but overall it was very affirming and did help explain some of what happened to me which led to the burnout.  Some of the things that were articulated to me is that I am a very values-driven leader (most of my important life decisions have been made around values) and I am entrepreneurial.  Being described as an entrepreneur was affirming as that is who I mostly work with, and yet having worked in non-profits most of my life, was not something that I would have described in myself.  But it does make sense, as I am pretty constantly problem-solving, looking for opportunities to improve ministry, and then work to turn that into action, turn it over to nationals, and then continue to seek new ways to improve in new contexts.  They said I have a pretty high need for variety, have a very independent streak (should be no surprise to my mother), and should consider more lateral movements within an organization instead of upward movement as I will get bored quickly with maintaining work and bureaucratic work.

As much as my tests came back with lots of positives, some of the interesting discussions about being a leader came in the form of acknowledging that for every strength a person has, for every gift or talent that a person has been given by his/her Maker, there is a shadow.  It's good to know what our strengths are, but it is equally good to know the shadow of that strength, and how that particular strength might effect (both positively and negatively) the people around us.  For me, there was real value in looking at that, in terms of past, present, and future. 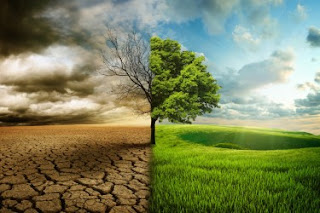 I'm happy to say that this emergence means that my passion is coming back for the work I was doing.  I leave March 9 for Kenya for three weeks, during which time I will continue the work of exploring the growth of Discipling Marketplace Leaders in the Churches in Western Kenya, interviewing pastors and church leaders, as well as do some networking and workshops.

The goal for Discipling Marketplace Leaders in 2016 is to continue to do vision casting to see where the seeds might take root and grow.  In May we will be doing presentations in Ethiopia, June will be back in Egypt, September to India, November to Nigeria, and somewhere in the middle of those months will be back to Ghana.  We also hope to start DML with a church in the US and will be exploring opportunities with those churches who express interest in starting a business ministry for their church members.

I need to remember not to rush back into busyness and "what's next" mode but remember the lessons learned during this time and be faithful in applying them.  Thank you for your prayers during this time, as well as the words of encouragement.
Posted by The Reeds in the Wind at 7:51 AM No comments:

Is Shame So Bad?

[The last time I wrote, I shared about my burn out.  Many of you have encouraged me to continue writing about this as it speaks to a silent challenge that many leaders go through.  So I will share more about my personal process in this blog.]

Those of you who know me well, know that I have struggled with guilt most of my life.  A friend and prayer partner recently told me that I suffer from more Calvinist guilt than anyone he knows.  Guilt says, "I'm not doing enough."  The response to guilt is to do more - to fix it.

Guilt gets a pretty bad rap.  We hear people say, "Don't make me feel guilty!"  But guilt is actually a pretty useful emotion. We are created to be social beings and guilt informs us of how our behavior and actions impact others as well as ourselves.  Guilt encourages us to examine those behaviors and make amends or fix where necessary.  Because of guilt, we may make better decisions in the future, and experience more joy in ourselves and as well as with the people around us.

But shame is another matter.  In shame, we drop the word "doing" from, "I'm not doing enough" to simply, "I'm not enough."  In shame, there is no longer a behavior to be fixed but a deeply flawed person who stands at the center, seemingly unfixable.

I have realized that a large part of what happened to me that led to my burnout was flipping from guilt to shame.  With guilt, I still had the potential to fix by simply working harder and doing more.  But with shame, there was a hopelessness - I am not enough and I can't fix it no matter how hard I work.  I'm not enough as a step-mother, as a new wife, as an Executive Director, as a fundraiser, as a writer, as a ministry leader, and so on.  I am failing and the problem is me.

This has been an important realization for me.  Going from such a high note of being so passionate about my ministry in September, all the way down to feeling nothing in December, had a few people (including myself) wondering about a spiritual warfare component to this.  I do believe that is/was the case; Satan has tried to use guilt most of my life, and it didn't take too much for me to allow shame to incapacitate me.

But as I've pondered this over the past few weeks, I'm wondering if shame really is such a bad thing?  The truth is, I am not enough.  The truth is, I've been blessed with gifts and talents that have allowed me to have impacts; and as those impacts grew, I rested more on what the Father gave me as tools, then on the Father himself.  But I am not enough.  It's only through Christ that I can have the courage to stand and do anything in His name on any given day.

My head "knew" this.  I had mouthed these words all my life.  I "knew" that God didn't need my help - that it was a privilege to join Him in His work.  But my heart just received a serious wake up call.  I really can't be all things to all people.  I really do have to rest and lean and cling to Him.  I am not enough.

The important thing with shame is to recognize the truth of who we are with all of our vulnerabilities and flaws, but not stay in that helpless and hopeless state.  We need to move from the recognition of shame to the celebration of who we are in Christ.  That's not an easy move but it's one that I'm beginning to make, which is making me appreciate the role of shame.  In some ways I want to hold on to it in order to be more humble and more God-reliant than ever before.

Mary Oliver writes a poem called "The Journey" in which she describes what sounds like a journey from burnout.  She describes the need and the challenge of turning away from crying voices who say they need you, and as you do, this happens:


The Journey
One day you finally knew what you had to do, and began,
though the voices around you kept shouting their bad advice -
though the whole house began to tremble and you felt the old tug at your ankles.
"Mend my life!" each voice cried.
But you didn't stop.  You knew what you had to do,
though the wind pried with its stiff fingers at the very foundations -
though their melancholy was terrible.
It was already late enough, and a wild night, and the road full of fallen branches and stones.
But little by little, as you left their voices behind,
the stars began to burn through the sheets of clouds
and there was a new voice which you slowly recognized as your own
that kept you company as you strode deeper and deeper into the world,
determined to do the only thing you could do - determined to save the only life you could save.

The new voice that I am recognizing is the voice of a made-in-the-image-of-God-yet-sinful-and-fallen-and-saved Renita who better understands herself and her shortfalls, but also understands and appreciates better that she is not enough.  The new voice recognizes the importance of dependence on Christ for my salvation.

If you are experiencing anything of what I am expressing, you may want to check out some of these resources:

Posted by The Reeds in the Wind at 8:06 AM No comments: