Wait! Before you snap! 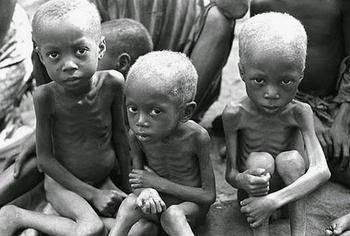 I have grown increasingly uncomfortable with taking pictures in Africa over the years.  I have observed more than a few altercations with Africans objecting to their picture being taken by North Americans.  I encourage guests to get permission before snapping photos.  Yet, I feel I need to put photos up every week on this blog; every quarter I try to include pictures in my prayer letter; and every time I do a presentations in North America, I want to use pictures, which convey "more than a thousand words."

The problem comes through the idea that people want to see (or perhaps more viscerally respond to) pictures that connote need, heartache, hunger, disease, or poverty. 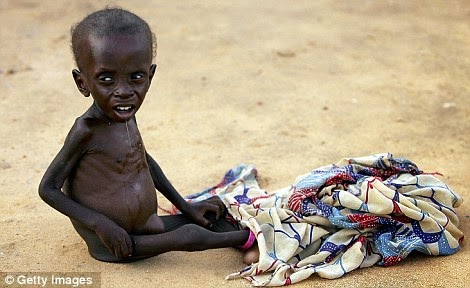 I'm taking a class now on culture and global change, and it described pictures of African babies with swollen bellies and flies hovering around them as "pornographic."  Really, I thought?  That is a very strong word.  But looking up the dictionary definitions, pornography is "obscene pictures with little artistic merit;" obscene is defined as "offensive to morality or decency."  The author of the book goes on to say this:


Photography combines voyeurism and control because visual images are taken by the powerful of the powerless; the subjects of the photograph are transformed into objects by virtue of being 'shot.' So photography can produce the colonized and the powerless as fixed realities:  entirely knowable and visible, but equally 'other,' irreconcilably different:  the objects of desire and derision. (Young 1990: 143).

These pictures are negative images which often lead to the wrong type of development, focused on charity, stripping of dignity, and development of dependency.  And wrong development has been pushed by many for many years   Development that objectifies and paints a helpless, hopeless picture.  Development that expresses need without expressing innate capacity.  Development that damages rather than restores - often by well intentioned people who wanted to help but do so with a short term perspective and maybe even self-serving in making ourselves feel good about what we are doing.

Contrast these pictures to this advertisement below by Christian Aid, where a young woman is on a bike, a national doing something positive in her community.  This is a positive image in which there is a name given to the person, she is working, there is mobility, a sense of community, and the need for health care which is universal.  This is a great picture of a glowing empowered subject: independent, competent, and self-determined,  instead of an object of development who is hopeless and despairing.
So what to do with this dilemma?  I want people to see a positive, hopeful Africa.  But I also need to raise funds.  I want people's hearts to be moved by the positive, sustainable change that we see in the work that we do.  Yet pictures of classes or pictures of businesses are not as evocative as pictures of orphans or orphanages.  The challenge to myself is not to objectify people and justify my behavior by trying to raise funds for a good ministry. [Michael reminded me of the Benny Hinn story where he took a sad-looking boy, stood in front of a dilapidated building, with a makeshift orphanage sign, and raised a bunch of money. I wish I could say that I haven't experienced similar stories across Africa.  Ask me sometime to share what I think about orphanages in Africa because of these experiences.]  And my challenge to all of us is to be careful how quickly our emotions are moved by a picture - make sure that the brain has a chance to keep pace with the emotions; and if there is an opportunity to travel internationally, be careful in how those pictures are taken or presented. And feel free to hold me accountable if you catch me drifting toward bad development!
Posted by The Reeds in the Wind at 7:00 AM No comments:

"You're married now...your time in Kenya is wrapping up...the pilot project is coming to a close...what's next, Renita?"

That is the main question I have been getting of late; an answer that I'm happy to report that God has been slowing revealing as He had prepared it for me way in advance!  I continue to love Him and trust Him with all the twists and turns that my life takes.

I went into this summer knowing that those questions would need to get some serious answers.  Some of those answers already began to show themselves last year when Dr. Phil Walker, the Founder and President of International Christian Ministries, challenged me to do an eighteen month pilot project on Church based Business as Mission, and then to write a report on the research to see whether this work could translate globally.

After many conversations, prayer time, and reflection, this looks to be the path ahead, knowing that our sight is often limited by our humanity, and wanting to remain open to His direction.
That's the plan as we see it at this time.  Lord willing, we will continue to take a step forward each day and trust Him to direct our paths in this work and its development. Please continue to pray for this work and that God's will is done in it!
Posted by The Reeds in the Wind at 11:55 AM No comments:

This Saturday would have been Bob's sixtieth birthday.  Sixty years.  Wow.  Hard to believe.  We were fourteen years apart and I think as we grew older that gap would have made itself a bit more obvious.  I'm sure he would be rolling his eyes at the fact that I am even writing this.  Not just because of the number but also because I'm drawing attention to his birthday.

Bob was not a big fan of birthdays...AT ALL!  When I threw him a surprise party for his 50th birthday, he made it very clear to me that he was not one of those types who says not to make a big deal of it but secretly want the attention.  He did NOT want the attention.

But as August 9 approaches, I can help but remember and celebrate the gift of his life.  I remember the countless apple pies or rhubarb pies that I made for his birthdays.  We had a tradition of picking our favorite meals to cook for birthdays.  For Bob, it was often ribs.

Bob continues to live on in our hearts and memories.  Not a day goes by where the kids or Michael and I have some brief comment or memory of him.  (It is such a gift that Michael knew Bob as well and can share in our memories and even contribute!)  In part, the daily memories is because much of our language is peppered with "Bob-isms."  He was constantly quoting lines from movies or songs.

As many of you loved "Yers Trooly" as well, I thought it appropriate to share this birthday with you.

We love you and miss you, Robert Allen Reed!  We thank God for your life and the gift that you have been to so many!  I still have people come up to me whom you counseled who tell me that your words continue to have an impact on their life!  We celebrate the day that you received life 60 years ago!