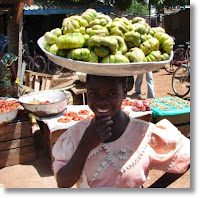 Since the mid 90's, Ghana has achieved a certain political stability that has allo 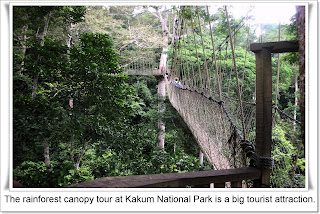 wed the country to once again focus on develop- ment and economic growth. It ranks as one of the most stable, safe countries in Africa, and is enjoying a boom in the tourist industry. Ghana is sometimes called "Africa in One Country" or something like that, implying that much of the best of the continent can be found there. There is grassland, savannah, tropical rainforests, great beaches, lakes, and marvelous wildlife. It is a smart first stop if one wishes to learn about Africa.

On the other hand Ghana is not quite a tropical paradise. Well off by West Africa standards, it ranks 142 out of 179 in the Human Development Index, published annually by the United Nations-- meaning that out of 179 nations, 141 are doing better than Ghana with life expectancy, literacy, educational attainment and per capita GDP. By comparison, our old home, Liberia, ranks 176 and other West African neighbors also score lower-- Niger 174, Burkina Faso 173, and Mali 168.
.
According to the CIA, Ghana has roughly twice the per capita output of the poorest countries in West Africa. Yet Ghana remains heavily dependent on international financial and technical assistance. The domestic economy continues to revolve around agriculture, which accounts for about 35% of GDP and employs about 55% of the work force, mainly small landholders. Ghana signed a Millennium Challenge Corporation (MCC) Compact in 2006, which aims to assist in transforming Ghana's agricultural sector.
The administration of John Kufuor achieved some success in stabilizing the macroeconomy, helped initially by high gold and cocoa prices, through the introduction of tighter monetary, fiscal and exchange rate policies. Ghana’s economic prospects were given a further boost with the announcement in June 2007 of significant oil finds off the coast.
Ghana’s current IMF agreed 3-year Poverty Reduction Strategy (PRS) finished in October 2006. Loans attached to it amounted to around US$258 million. The government has stated its intention to sign up to the IMF's policy support instrument and implement its own growth and poverty reduction strategy. In July 2004 Ghana reached Heavily Indebted Poor Countries (HIPC) completion point. Ghana’s debt has been massively reduced as a result of this. Sound macro-economic management along with high prices for gold and cocoa helped sustain GDP growth in 2008. Only time will tell what the recent election of John Atta Mills will bring.
So Ghana remains a study in contrasts. It is an emerging African nation, and perhaps that sums up Ghana best. It is on the move, but it is moving in one of the poorest regions of the poorest continent on Earth. It is weak or unknown in most Western minds, but a model of economic power and strength in West Africa. Many people in Ghana need assistance regarding basic necessities, yet they remain remarkably resilient and resourceful. The nations today remains an example of how far Africa has come in fifty years, and a hopeful vision of the future for her neighbors. 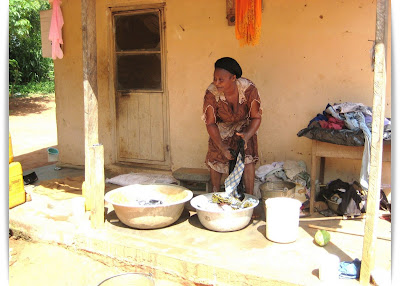 Washing laundry by hand-- still the method of the majority, usually costs a day or two a week-- or more, depending on the size of the family. 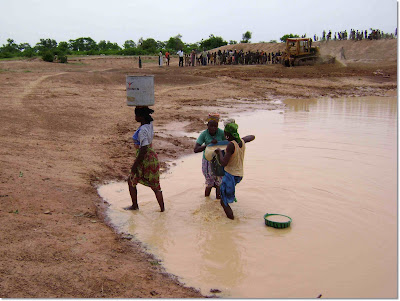 Clean water is an issue through Africa-- and Ghana. 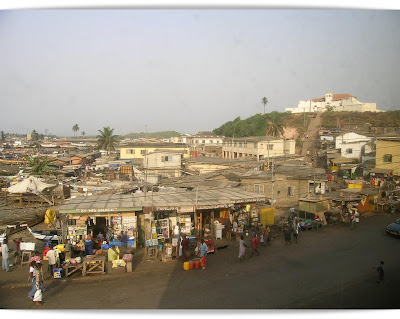 Accra street market. Its a day by day effort. 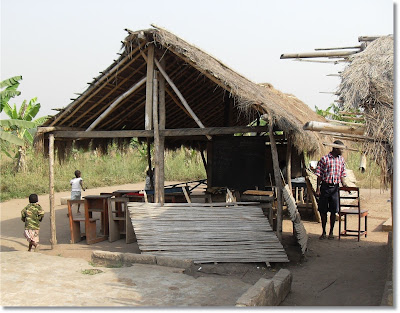 Yet another school in the interior. No supplies. A blackboard, some chalk, a few kids, and a teacher under a palm branch roof. 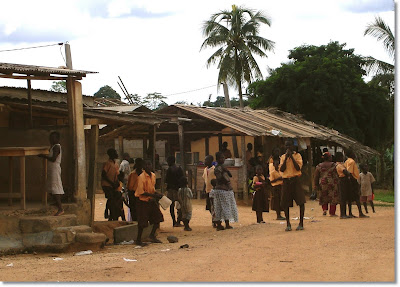 Kids in uniform, free from class. 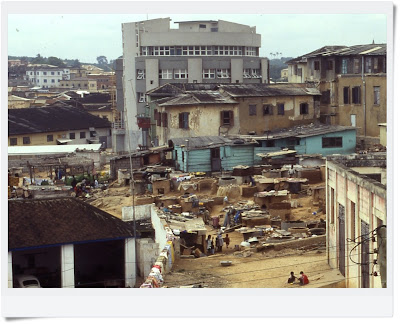 The city of Takoradi. Clothes hanging on walls to dry. 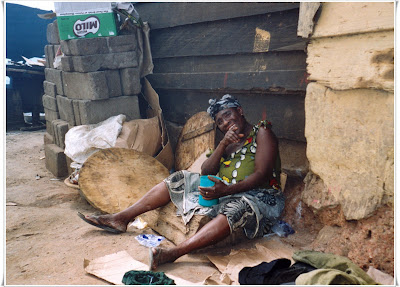