Today we start our last week of this trip.  It started in Ethiopia, then Uganda, on to Kenya, and finishing in Dar Es Salaam, Tanzania.  This week, as with the previous five weeks, will be packed with training pastors and business people.  There is a deep weariness setting in but God has been good as we have been able to reach deep to summon the strength to finish well.

Last week, we were in Eldoret with pastors from 27 different denominations.  We were doing our two-day workshop for pastors and church leaders.  This was a "next step" from the two-hour presentation that had been done in March of this year, in which awareness creation is done for the DML ministry. 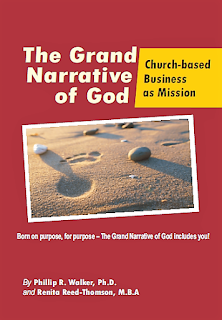 After the teaching in March, Pastor Joe purchased one of the three books we have written, The Grand Narrative of God.  [We wrote this book at the request of pastors who had gone through our two-day workshop and said they needed material to read through more slowly on their own, after the event.]

Pastor Joe shared with us that following the two-hour DML Awareness Creation event in March, he was invited to speak to high-level government officials and big business owners in Busia, Kenya.  He would have an audience of about 130 people and he was wondering what he could say to them.  The meeting would consist of Christians and a large number of Indian businessmen.  While many in the meeting would profess Christ, he believed that few understood how to be the Church every day of the week.

He read our book and decided to present its principles to the group.  He shared with us that the response was very, very positive.  Indian business owners who are very successful asked for his contact information and have been following up with him to learn more.  Government officials were challenged to do their work as an act of worship to the Lord. 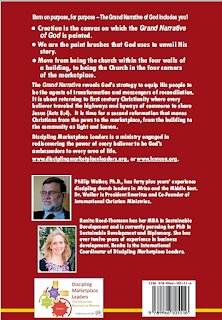 We can't know how God will work through the people we speak with to be change agents for the Lord in their time and space.  We know that He has invited us to join Him in what He is already doing.  We know that the Global Church needs a paradigm shift as it relates to how we view the Church - too many of us define it as the building rather than the people.  We need a paradigm shift to understand that business people are not there only to financially support the mission of the Church, but according to Genesis 1 and 2, prior to the fall, they ARE the mission, the purpose, for creation.

We are learning that while almost everyone has "aha" moments during our workshops - and many people say that they wonder how they have missed this - changing the system is difficult to do.  We are used to "doing church" in a certain way.  We are used to "doing evangelism" in a certain way.  We are finding that people need to hear this message two or three times before the paradigm shift takes root enough for a pastor or church leader to effect change in their church.

Last week's training had bishops and pastors saying that their "theology is being rattled."  Some pastors said that "we thought 'subdue' from Genesis 1:28 referred to subduing the devil and sickness" (even though this word was used BEFORE the fall!).  Others said, "No longer can we just bind the demons of poverty; now we have the tools to actually teach people how to get out of poverty."

We continue to be humbled by the opportunity that God has given us to present this message to His Church in West and East Africa!  We appreciate your prayers as leaders consider how to remember this forgotten truth from Genesis 1 and implement it in their churches!
Posted by The Reeds in the Wind at 10:38 PM No comments: