A word from Michael

As you know if you follow this blog, Michael Thomson arrived in Kenya last Sunday.  While he travels a lot for his work throughout the US and in Europe, this is his first trip to Africa.   He has lived along with my Kenyan experience via Skype for the past eleven months, but it has been good for him to see firsthand the various things that have been described to him over that period of time.  I believe that seeing it firsthand has eased some anxiety, especially surrounding my competency as a driver on difficult roads, although the dangers of driving here has not escaped him.  So after a week of visiting, I thought it would be nice to hear some reflections from a fist time visitor and he agreed to share some thoughts. 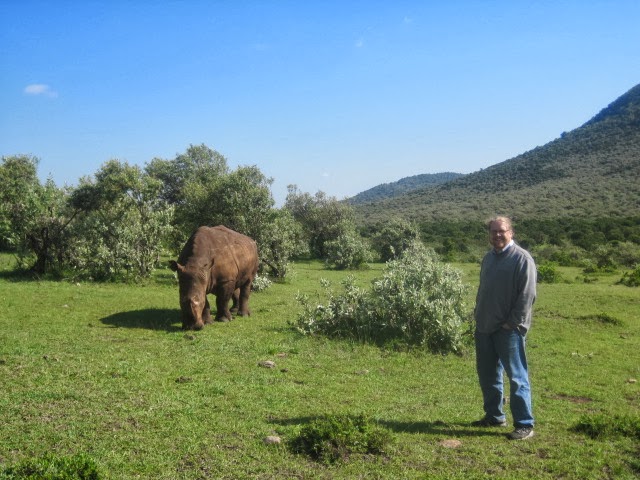 It's been lovely to fly to Kenya to meet my beloved Renita. Having never been in Africa before I was not sure what the experience would be like. Though lost in the joy of being reunited, I still had time to take in some of the sights and here are some inter-cultural first impressions.

Kenya has some of the most amazing wild-life on the planet. God's creative impulse seems unrestrained in this land. On my birthday no less I had the opportunity to see up close the largest feline predator on the planet, the stately lion along with playful cubs; the largest land mammal, the wise and majestic elephant; the tallest land mammal, the graceful  giraffe, and the surprisingly enchanting rhinoceros. Many other creatures that God saw fit to imagine were also in 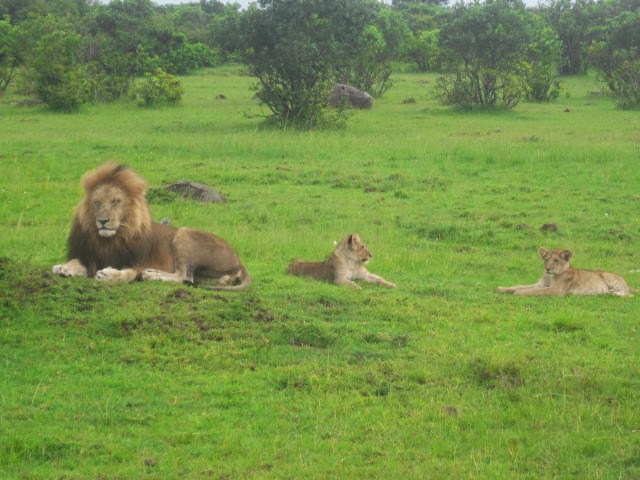 full splendor. The saddest comment I heard in relation to this was that the amazingly beautiful rhinoceros that used to number in the thousands in the very park we were visiting were down to 2 specimen and these had four full time guards there to protect them and their precious horns.


Kenya appears to be a land of contrasts. There are places that seem not to have moved from the dawn of time. Small communities of mud-huts with either thatched or tin roofs eking out an existence abut more middle class and even very nice homes. One nomadic group, the Masai, still roam and move livestock over the plains. However in a particular modern twist, amid shanty dwellings one finds a rather posh western style  home for the chief surrounded by smaller homes for his wives, and out from there the more basic stick or mud homes for others in the tribe. Kenya is a land where glue boys walk the streets of the city, where farmers work hard to feed and clothe their families, where endless traffic of cars, boda bodas (motorcycle taxis), cows, goats, pedestrians, make driving on their compact and sometimes very bumpy gravel or red dusty roads a virtual obstacle course. 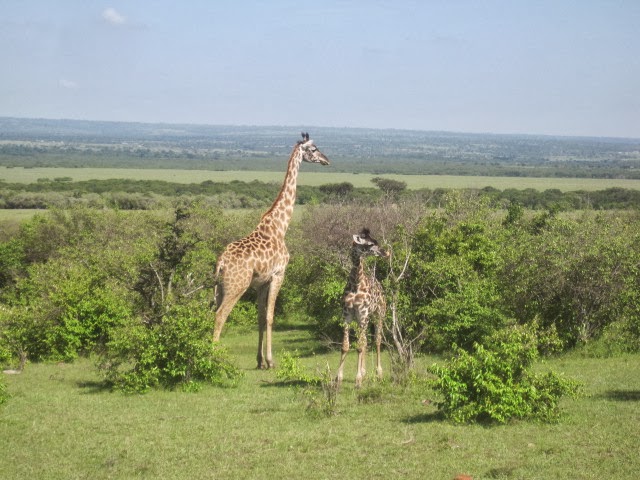 The Kenyan people seem to be warm and generous of spirit. One fellow named John who managed a large flower farm gave us a tour. It was clear that he knew the business inside out, whether the horticultural or the economic issues, or even international markets. Had he the capital to start his own large flower farm, he could be running his own place instead of working for someone else (in this case, a white Kenyan). Still, he took a good 40 minutes of his time to answer questions and explain things. He was courteous, professional, and genuinely considerate of we the visitors. Just yesterday, when we got Renita's car washed I was impressed with the extreme attention to detail on the part of the garage hand who worked dust out of every imaginable nook and cranny on that small car...not before making sure we both found chairs and were comfortable as we waited for him to be done. At every turn the Kenyan people have shown themselves professional, considerate, and a pleasure to get to know and to meet. Kenya is a land where the blossoming of a real middle class is at hand. We have seen several small and developing  businesses...and yet, it is a Chinese corporation that got the contract to turn Kenya's rough and ready roads into first class speedways. The effects of globalization is a double edged sword that may bring opportunity but also conceivably outsource the country's infrastructure and key industries.

With that in mind, I was proud to witness Renita teach Business as Mission to receptive and  eager groups of business people in several communities.

It will be a sad moment to board a plane and leave Kenya behind, and to leave Renita as well.