Following Thanksgiving and heading into Christmas, I have been pondering the question of how much is enough.  It was a recent introduction to a brother in Christ that stirred this question again in my mind.

Jim North picked us up from the airport in Kansas City, when Emeline Nde (Deputy Coordinator for DML) and I arrived there to record our SAT talk (similar to a Ted Talk but focussing on missions).  We chatted on the way to the hotel and I learned that Jim is a businessman and an entrepreneur at heart.  Over the next few days, I got to know Jim and his wife a bit better, but it was only just before we were all heading back out to the airport that I learned something significant about Jim's story.

We were having our last lunch together as a group, and Jim stood up and asked if he could share something.  What he shared captured my heart and I asked him to write it up for me to share with you.  It is inspiring and has caused me to have a number of similar conversations with others since then.  I hope you will be inspired as well.  We need more people like Jim North who have the courage to say, "Enough."

Like many folks, some years back my wife and I began to consider our post-retirement financial needs.  Although our plan was not extremely detailed, we had some idea how much we would need in retirement savings to augment social security and a small pension to meet our needs throughout a normal life expectancy.  We felt we were on track to meet those financial objectives when a somewhat routine investment and set of business circumstances unexpectedly gave us a leap forward.  We realized that as I hit my early fifties, we had pretty much reached our retirement savings objective.  We felt that God had blessed us for some reason so considered what our next steps should be in response.  As the primary breadwinner, I had a good job which I enjoyed and my wife was a schoolteacher, work which she enjoyed.  One option was for us to continue forward as a dual-income household, build a better retirement fund, have more available to give toward charity/ministries and allow us to have more stuff.  Quite frankly, this option had a lot of appeal and seemed very "safe."  We decided, however, to take a different path. 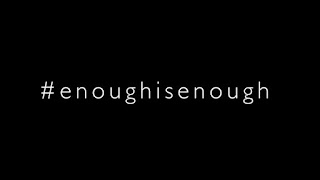 We decided that we had "enough" and I would leave my job/career and give my time to helping others in whatever way I could.  My wife would be the primary breadwinner.  For us, deciding we had enough meant we could get off the "more is better" train and be content with what we have.  This became a very liberating moment and informed our major financial decisions from there on out.

We both got involved in working with people on the margins and began to invest our savings in houses that we rented to those struggling to find affordable housing.  We based the rent we charged on a 5-6% return on our investment (which was equivalent to what we had been earning).  In every case, this allowed us to charge rents that were well below market rates (sometimes as much as 50% lower).  Also, since we only had to be concerned with maintaining our capital, we told all our renters we would sell them the house they occupied for whatever we had invested in it if they could someday qualify for a mortgage.  Again, having enough meant we did not strive to personally benefit from appreciation in property values but, instead, could pass that along to those who would benefit more.  It has been very satisfying to see some of our renters be able to become homeowners and start off with a good amount of equity.

It has now been over 17 years since I left my job and we are glad we made the decisions we did.  We still have enough and have been able to be a part of people's lives in a way that would not otherwise have been possible.

I would encourage anyone who has been blessed with more than they need to decide "how much is enough" and let that decision lead them forward in helping others with their time and resources.

Jim told us that he took $100,000 out of his retirement and bought their first apartment building and only charged $400/500 per month (even though he could have charged double that amount) just to recoup the interest that he would have earned if he had left his money in his retirement fund.  The capital was safe in the building.

I love this radical and courageous thinking and 2 Corinthians 8:11-15 comes to mind.  This text is looking at a church that has fallen on hard times and Paul is encouraging them toward equality and unity together by generous giving.  Jim and Dawn embody this text, in my opinion.  Not everybody can do this of course, but probably more of us should consider this:


Let the eagerness you showed in the beginning be matched now by your giving.  Give in proportion to what you have.  Whatever you give is acceptable if you give it eagerly.  And give according to what you have, not what you don't have.  Of course, I don't mean your giving should make life easy for others and hard for yourselves.  I only mean that there should be some equality.  Right now you have plenty and can help those who are in need.  Later, they will have plenty and can share with you when you need it.  In this way, things will be equal.  As the Scripture says, "Those who gathered a lot had nothing left over, and those who gathered only a little had enough."

Posted by The Reeds in the Wind at 7:31 AM No comments: