A Word from a Student

I am in the middle of another training of trainers for the Marketplace Ministry - we completed session one in February and are now in the middle of session two.  Session one focused predominantly on the theological foundation of Business as Mission (BAM); Session two focuses on basic business principles and how to teach the class.  There are fifteen students in Session 2 - twelve pastors from various parts of Kenya (four from ATS who were not in Session One as they had already taken the BAM class), one businesswoman who is a leader in her church in Kitale, and two NGO workers from Tanzania. 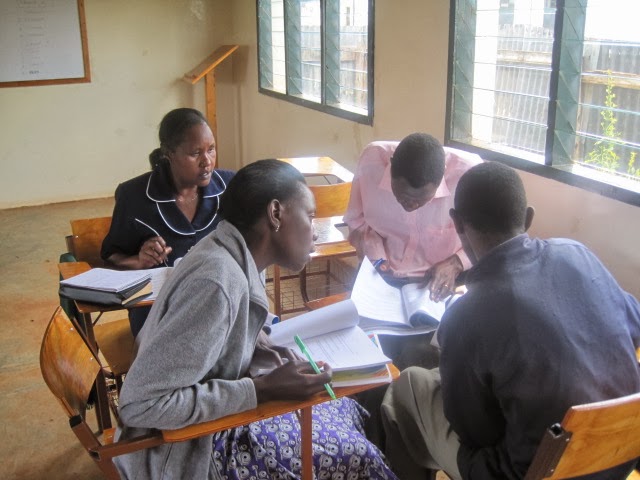 Session one started as one of my more challenging classes, with the pastors arguing more vigorously that we must be so careful in introducing business as mission to the church - that business as has been responsible for many bad thing in the world, from the creation of guns, to nuclear weapons, to cloning.  [These are pastors coming from more remote areas who have had varying degrees of theological training.] There was definitely a fear that this could be a slippery slope if we begin to affirm the call to business in the church.  I spent a couple of days on my toes, ready to cope with an argument at any time and found myself quite weary in the evenings.  As I pondered their reaction, I remembered that this is EXACTLY what I am here to do - to counter this belief with biblical support - to win the pastors to the understanding that business can be a calling so that they can affirm and support the majority of their members in their work.

It reminded me of a quote that I use in my class from author Wayne Grudem, in Business As Mission:


“Who can enjoy being an evil materialist who works with evil money to earn evil profits by exploiting laborers and producing material goods that feed people’s evil greed and enhance their evil pride and sustain their evil inequality of possessions and feed their evil competitiveness?”

I imagine what the members of the collective churches had heard from their pastors about their work, and how that attitude serves to further the split between the "sacred" and the "secular."  Imagine what happens to a person who works in the manner as described above, viewed this way by many and eventually viewing themselves that way.  Imagine what happens to ethics and self-worth.  Gruden then continues by saying this:


“But what if Christians could change their attitudes toward business, and what if Christians could begin to change the attitudes of the world toward business?  If attitudes toward business change in the ways I have described, then who could resist being a God-pleasing subduer of the earth who uses materials from God’s good creation and works with the God-given gift of money to earn morally good profits, and shows love to his neighbors by giving them jobs and by producing material goods that overcome world poverty, goods that enable people to glorify God for his goodness, that sustain just and fair differences in possessions, and that encourage morally good and beneficial competition.  What a great career that would be!  What a great way to give glory to God!” 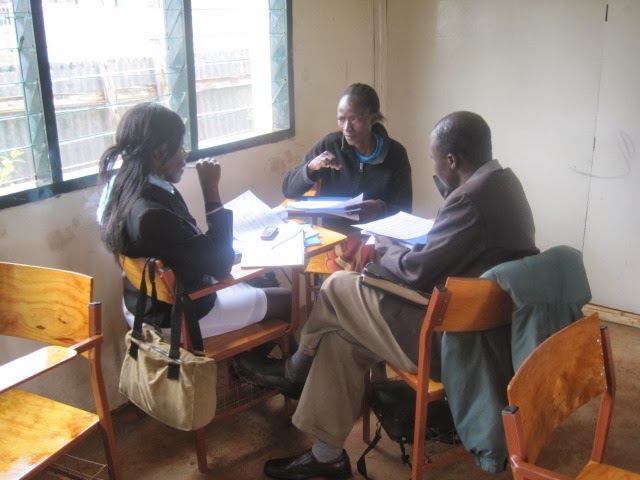 One of the expectations of those who take my BAM class is to keep a daily journal to record what the Holy Spirit is whispering to them in this class and to give them a chance to process their thoughts.
I was so surprised to see the below journal entry from one of the pastors who was giving me the hardest time in class.  (I later learned this man just loves to debate!)  Turns out he was not nearly as far away from believing in BAM as first thought.  In fact, he ended up with the highest grade in the class!  With his permission, I am sharing one of his journal entries:

The 7th of February came with a lot of enthusiasm and expectations.  It was a chilly morning as I woke up and had nothing else on my mind except making a trip to ICM (International Christian Ministries) in Kitale to attend an eight day class.  The class was to equip pastors and other businessmen in order to increase on their productivity.

Upon our arrival, we were warmly received with ICM members of fraternity.  To my amazement, the class was a Training of Trainers by a Canadian volunteer by the name Renita Reed.

The facilitator took us via the central core in our role as pastors in the society and why ICM was established.  It tickled my mind as I came to the realization concerning the key role played by the Seminary in equipping and nurturing not only Church leaders but also the business men and women.  That is, to create an enabling environment to transform people in the society and marketplace socially, economically, spiritually, and environmentally.  I came to learn that there is a need to shift emphasis from poverty alleviation to empowerment.

It is important to merge the two meeting points that the church and the marketplace had earlier dispossessed; we need to change this initial presupposition.

MARKETPLACE MINISTERS - A NECESSITY.  Men and women running businesses of all natures are drawn together from their mother churches but they are not well prepared to spearhead the spiritual aspect of it as their place of work.

This therefore calls for a Christ Centered Business with an aim of reaching out to disciples of all nations.  This can only be realized if I, as a pastor, will encourage and give a green light to my fellow members to engage in this ministry of soul winning.

In Luke 7: 31-35, Jesus described this generation as rebellious, stubborn, obstinate, and insensitive to the surrounding plight.  The shared insights rejuvenated my otherwise dominant inclination. Stressing also on the same, Mr. Alfred Rutto, on behalf of the principal of ICM, echoed our vitality of transforming the Marketplace via the training of her ministers.

A green light from the pastor.  That is key in this work.  I'm so thankful that this concept has been well received in this pastor's mind!

[The fun thing about Session 2 is that with the addition of the well-trained ATS pastors, I no longer need to be on my toes, as they are ready to jump in - now I just need to moderate the debate!]

And it's been a long time since someone has called me a Canadian!
Posted by The Reeds in the Wind at 12:58 AM No comments: