There are times I read articles like this and it gets me so frustrated that I have to repost it.  I just came from staying for two weeks at a mission guest house in Ethiopia that had short-term groups coming and going the whole time I was there, some with similarly questionable approaches as you can read about below.  Christians have good hearts and good intentions and a desire to serve the poor.  BUT this compassion must be coupled with wisdom, good sound thinking, and proven techniques to have long-term sustainable positive changes.  What I often see reminds me of what a former mentor, Earl James, once told me:  "Much of the good work that Christians do is working out their own salvation."  We must go beyond that to truly doing what helps and not what may lead to death for those we seek to serve.

Please read this article by Kevin Starr and if you or your church are involved in working with developing countries anywhere in the world please forward this to them.  It's a little crass in a couple of places but hear it from the heart of someone who is likewise frustrated.  At the end of the article, I have an "Oath for Helpers" that I would encourage all of us to take and review regularly.

Last week, I went to see a water organization called Saha in northern Ghana. Saha works in hot, flat country where hard seasonal rains are followed by long dry spells. There are few year-round streams, and underground water is impossibly deep, so villages collect and store rainwater in big, open ponds known as dugouts. These ponds are unprotected, and the water people take home is liberally seasoned with the excreta of various two- and four-legged animals. It starts out bad and gets

worse as the dry season goes on.

Saha has a great fix. They find entrepreneurial women in local villages, and set them up with a chlorinating business that uses simple materials and simple procedures. The women collect water in a barrel and add alum, a cheap and easy-to-get chemical that binds with sediment and clarifies the water. The clear water goes into a big plastic tank. When the tank is full, the owner drops in a precise number of chlorine tablets—available in nearby markets—and opens for business. Saha provides every household in the village with a 20-liter plastic bucket equipped with a lid and a tap, and customers pay a little more than two cents to fill it. At four liters per person per day, two days of clean water for a family of five costs about a nickel.

Saha makes it really easy to get clean water that will stay clean. The water is affordable even for the very poor, and the business sits right next to the dugout. Pairing the residual effects of chlorine with the protection of a well-designed container prevents recontamination. The fact that these are profitable businesses using local materials keeps the whole ball rolling. 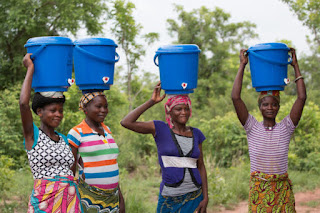 And Saha does rigorous ongoing monitoring, with systematic collection and analysis of random water samples from business and homes. They’ve set up businesses in a hundred villages so far, and all are still running. In random checks of all businesses, 99 percent of the water coming out of the tap is clean—free of bacteria—and 98 percent of the Saha home containers have clean water in them. Those are the best numbers I’ve ever heard of in the industry, but the Saha team is not satisfied; they believe they can—and should—do better.

Saha is a not-for-profit. They realized a long time ago that to hit a price that all can afford, they would have to subsidize the cost of the initial business set-up and the ongoing monitoring support. Here’s the thing, though: That subsidy works out to about 13 bucks per person for 10 years of clean water. Jaw-dropping.

When we went out to see the work, the first few Saha businesses looked great: lots of customers, decent profits, equipment in good order, homes with full containers of clean water. Then we got to a village called Kulaa, where the business was on the verge of failing after two years of struggle. I thought we were going to hear about the difficulties of overcoming long-held customs or the challenges of running a business when you’re barely literate, but instead we sat under a tree talking to a slightly dazed-looking woman who told us of an exhausting uphill battle against the forces of good intentions.

She’d gotten off to a reasonably good start—she’d mastered the business, every household in the village had a Saha container, and her customer base was growing. So far, so good. Then people from the government came through (that’s who people thought they were, anyway) and distributed ceramic filters—a sort of bowl mounted on top of a 50 liter plastic bucket—for free to every household. Everybody started using those filters instead of buying Saha water, but by about six months in, most of the filters had either broken or clogged. The filters could be cleaned, but nobody knew how, and of course there was no way to replace ones that broke. (The buckets remained useful, though—we saw one serving as a nice little clothes hamper.) 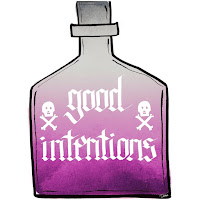 The ceramic filter episode killed Saha’s initial momentum, but the business survived, and things were starting to look up when some American church group blew into town with a truckload of LifeStraw Family gravity filters.  Distribution was hit or miss, but most households managed to get one. The LifeStraw Family filter is a bit fiddly and slow, and the filter must cleaned just so, but villagers seem to have made an effort to use it (“What the hell, it’s free!”). Who knows how much the church group did to train people to use and clean the filter, but it wasn’t enough (it never is).  We managed to find three of them, only one of which was in use. Two had broken and no one had any idea how to get them fixed or find another one.  The one that was still in use had clogged and the owner didn’t know how to clean the filter element.  Somehow he was still getting water through it, though, and while the water was still turbid, he – reasonably – figured it must be clean enough to drink. It wasn’t. We tested the water in the lab – it was positive for E. coli and coliforms, which means there was shit in it.

Then—then—some other NGO came through and gave the village a “backpack” water filtration thingy. It’s a big blue plastic box with carrying straps, a hose coming in from the pond, and a little tap coming out. I think there is a sand filter inside. We trooped out to the pond to see it. The water coming out of the tap was clear, but it came out slowly. It took a full minute to fill a 1500 cc container. That translates to about 13 minutes to supply the 20 liters one family needs to get through the day. That means that the hundred or so households in the village would need about 22 hours to fill their containers, even if they were willing and able to wait in line around the clock. Absurd. Oh, and we tested the water; it was clean coming out of the tap, but when we tested it in the homes, it was contaminated.

So. If you see something, say something. If you become aware of someone planning/doing/funding stuff like this, talk to them, educate them, dissuade them. Do it respectfully and thoughtfully. If that doesn’t work, call them out in whatever forum you can. If they work for you, fire them. Make them accountable. Don’t let these things happen. Don’t let yourself become cynical. Do something.
In the end, what really set Kulaa up for failure was its proximity to Tamale, the biggest town in north-central Ghana, and one where NGOs are the primary growth industry. Kulaa is poor, but it’s easy to get to—you can do your ineffective training and be back for a refreshing Coke by early afternoon. The villages where Saha thrives are the ones farthest out, beyond the reach of other development NGOs. That pretty much says it all. 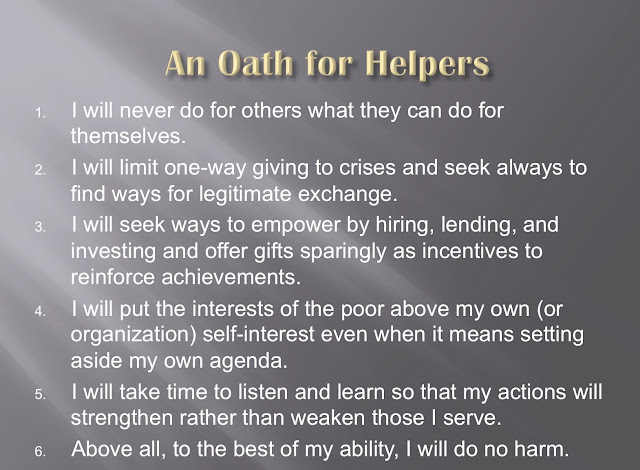 Posted by The Reeds in the Wind at 7:29 AM No comments: