Did It Rain Before the Flood?

Two weeks ago I was giving my rendition of Genesis 1 and 2, asking the crowd to use their "spiritual imagination" in thinking of how Adam and Eve might spend their time in the garden where they were told to "work" and "take care of" the Garden, prior to the fall (Genesis 2:15).  I reminded them that there were no weeds yet and God was watering the garden on His own with rain.

The next day, Dr. Walker and I did our two mile walk for exercise, which we try to do as often as we can when on the road, and as we walked, we started our routine debriefing of how the workshop went.  We usually critique each other on style and content.  He said to me, "I noted you said that God watered the garden with rain, but you know there was no rain until Noah." 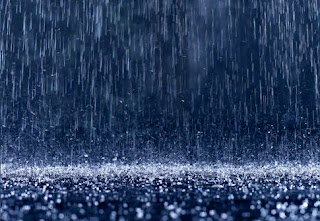 That stopped me in my tracks and I responded with an astounded "what on earth are you talking about."

The idea that there was no rain comes from Genesis 2: 5-6 which says, "When no bush of the field was yet in the land and no small plant of the field had yet sprung up - for the Lord God had not cause it to rain on the land, and there was no man to work the ground."

The idea was that a vapor canopy covered the earth, producing a massive greenhouse effect.  Additionally, since there was no mention of rain until Noah, the assumption was there must not have been rain.  To me, the fact that very shortly after this text there were many plants of the field and humans to work the ground, negates this idea.  This text seems to me to be simply a recapping of the creation and the fact that no rain had come by day three. 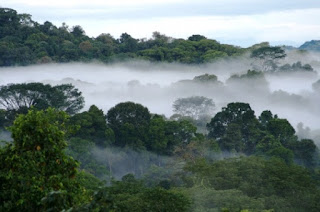 Apparently many people have held this belief, but this was the first I had heard about it.  [I find it amazing what I continue to learn about the Bible, even after reading and studying it for so many years!]  Many have now abandoned this idea as it has been difficult to show how this would have worked and is not actually backed up with scripture.

On the face of it, with my limited knowledge, it makes no sense that God would create the world to have such a vastly different climate and weather system up until the flood.  The entire system would have had to be different.  But He declared His creation to be very good, so why change it so drastically?  Was rain a result of sin?  Seems odd to me.

I'm not sure I like the idea of living in a greenhouse, which sounds very humid.  And normally, I don't like to get into these type of debates which involve a lot of speculation of the past, which doesn't necessarily change anything for us today.  But it's interesting to learn about some of the speculation that theologians and scientists have regarding the way God created the world. 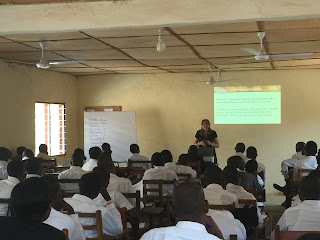 I had a very busy week in Ghana, teaching Church-based Business as Mission to 98 theology students at the Assemblies of God Bible College in Kumbungu, Northern Ghana.  In addition to that, we had a number of meetings exploring partnerships with other Bible colleges and seminaries.  The meetings were exciting in that we met people in key positions who have such a heart for the Marketplace and are looking for discipleship tools for their members.  One of the Christian universities was so excited (they already teach Theology of Work) about Discipling Marketplace Leaders that they immediately offered me a job and a place to live on campus!

I'm looking forward to seeing what God will do in West Africa in the next year!  Things are certainly starting to get busy!

I'm now home for a few weeks and then will head out to East Africa, where we will have DML work to do in Tanzania, Kenya, Uganda, and Ethiopia.

Posted by The Reeds in the Wind at 8:24 AM No comments: