Have you ever had an experience that suddenly shed light on something that you already thought you understood?  This light helps you understand in a much deeper way?  Much of my spiritual life has been like that.  Almost every time I go on a silent retreat, something is revealed to me that I thought I knew, only to discover I didn't know it all; or to be more accurate, my brain knew the concept but my heart had remained in the dark.  It often remains very private - between God and I - not because it is private in nature, but because it is very difficult to explain, especially if it is a well-known term or concept, like forgiveness, grace, God being our Father,and other like terms.

So I thought I would share one of the concepts in my own "weak way" (as a Liberia pastor and friend used to put it).  I know others have described this particular concept similarly before so I'm not claiming anything profound; just a truth that suddenly impacted me, especially in light of my work - a concept that I probably should have gotten years ago.

There is a worship song that refers to us playing for an Audience of One.  It is a term that I have heard referenced in various contexts over the years.  It has been used to make sure that we are not seeking to please an audience of people, but to keep our eyes and attention focused on pleasing only God.  This phrase runs through my brain periodically as I work against seeking the praise and approval of man. 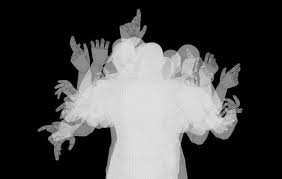 However, as I reflected on 2 Corinthians 5:9, "So we make it our goal to please him, whether we are at home in the body or away from it,"  it struck me that the term is incorrect, even though I appreciate the concept.  Audience is much to passive of a role for God.  It assigns Him the role described by many as the "watch-maker," a God who is sitting back and not involved.  Additionally, it gives me too much power, implying that I am alone on the stage, performing only for Him, without my performance having an impact on others.  He is not my primary audience and I am not a lone performer.

Rather, He is my conductor and I am only one person of many, many people in the orchestra.  My role is still important because if I decided to become impatient and start playing before the conductor indicates, it will not go over well.  If I decide the conductor is playing the piece too slow or too fast, and want to set my own pace, the music becomes noise.  If I want to rest or play my own notes or in any way do my own thing, it screws up what could be a very beautiful piece of music.  In the end, it makes God look bad as well as the rest of the orchestra. 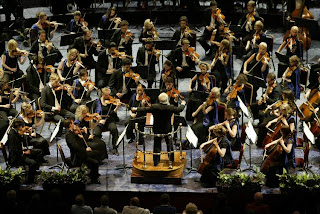 And the audience will be turned off and probably won't want to listen again.

It is so important that I keep my eyes focused on the Conductor.  If I take my eyes off, I will very quickly be able to miss my cue and screw things up.

The work that I am doing in Kenya is unique.  For many people, Business as Mission is not a familiar concept.  Marketplace Ministries in churches is not something that can be easily found, as far as I am aware.  I have not yet found others who have developed a strategy for reclaiming the redeemed Marketplace at a city-wide or even national basis.  There can be a sense of being alone on a stage, striving to play for an Audience of One.  But it is important that I remember that I am not alone on a stage, performing; rather I am part of a greater orchestra that is operating worldwide to bring the Kingdom of God to earth.  I need to pay very close attention to the Conductor - He knows the music that may be new to me.  I need to sense His rhythm, His movement, His cues to other members or sections of the orchestra; I need to rest when the Conductor calls for it, to wait for His section to join in.

What a great comfort to be part of a larger orchestra and to be able to have full trust in the Conductor.  My role is to keep my eyes focused on Him.

I am happy to be back in Grand Rapids, amongst family, friends, and brothers and sisters in Christ.  I thank God for traveling mercies, as well as the chance to connect with many other players in this grand orchestra in North America!
Posted by The Reeds in the Wind at 9:49 AM No comments: