The past week has been whirlwind of travel through five different countries in seven days.  Since most of it was done by road, we saw a lot of land, had a lot of good conversations in the car, had meetings in each country with our partners, and then moved on.  Not a tourist trip at all – no time to shop or even buy phone cards in each country for my phone so that I could contact Hannah and Noah.  But the trip went well, Hannah and Noah did okay, and we thank God.
My blog this week and probably next week will be a series of pictures from what I saw – most of the time taken from the car window, either at high speed or through a dirty window, so the pictures might not always be the best quality!  I’ll start with where we started – in South Africa. 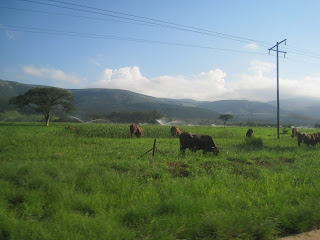 South Africa – a country of contrasts – at times it is like driving through the US or Canada.  Big beautiful farms (I’m told 99% are still owned by white South Africans); note the sprinklers in the background; modern cities; huge malls.  And at times, you are reminded of the huge pockets of poverty and the high prevalence of HIV/AIDs.  What struck me in South Africa is that the end of apartheid is still quite recent.  As I think about the racial reconciliation work that is still being done in the US, fifty years after the civil rights movement, the end of apartheid was just fifteen years ago.  There still is such a long road ahead for recovery, trust, and health.  We had some very frank discussions with Black South Africans and Zimbabweans about this. 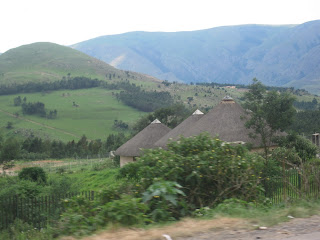 Entering the Kingdom of Swaziland, a beautiful country made up of mostly mountains and hills, with a population of 1.3 million people. 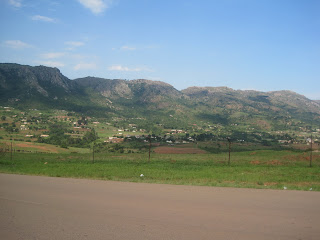 Swaziland has the last world’s absolute monarch, King Mswati III.  It is slightly smaller than New Jersey, and is landlocked by South Africa and Mozambique.  It has the highest prevalence of HIV/AIDs with 26.1% of the population infected - that's one in every four persons. 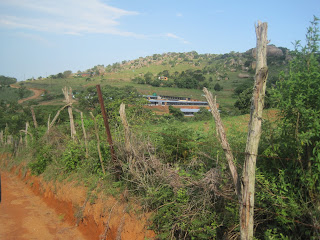 Africa Works, a partner with Partners Worldwide, is developing poultry farms in Swaziland for those who are caring for orphans in their homes.  The hope is to grow these businesses to the point where another business can be brought in to begin processing these broilers and export to neighboring countries.  The poultry farms are there in the distance. 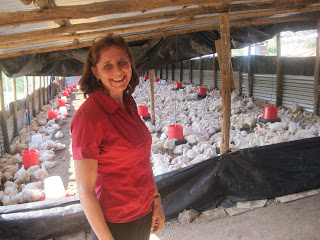 Tinashe Chitambira, the Regional Facilitator for Partners Worldwide in Southern Africa, insisted on proving that I was in Swaziland and took my picture at the chicken houses. 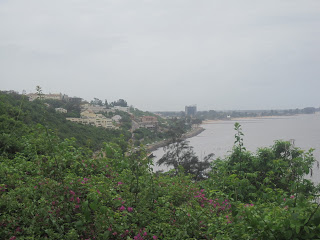 Maputo, Mozambique – the capital of Mozambique.  Most of the labor force is involved in agriculture in Mozambique, with a 21% unemployment rate and 70% living below the poverty line. Africa Works is working with farmers to move families from subsistence farming to small scale commercial farming. 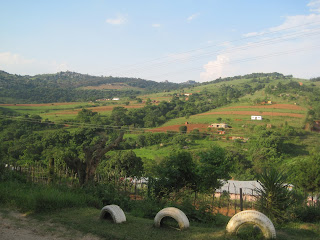 Mozambique became independent from Portugal in 1975, after 500 years of colonization.  A prolonged civil war impacted development until the mid-1990s, but since then has been doing well.  Africa Works also is doing great work here – that will be a separate blog about this dynamic organization and staff. 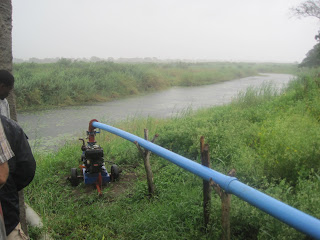 Here is an irrigation pump that Africa Works put in with about 100 farmers who are doing flood irrigation.  This pump helped to increase their yield by about four-fold. 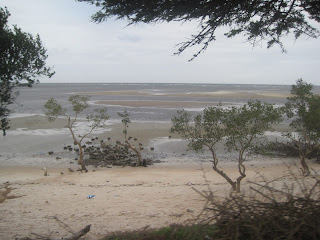 My first view of the Indian Ocean. 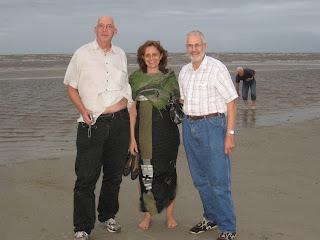 Proof that I was there – with me, Lou Haveman and Ken Van Guilst  The Indian Ocean is normally very blue but there had just been a significant rain storm and so the wind was heavy and the water flowing into the ocean from the nearby river, turned the water brown. 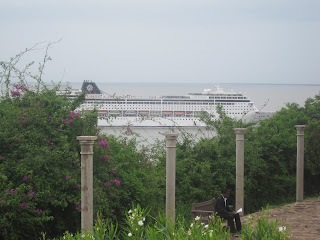 The surreal juxtaposition of life happened yet again, as we watched a cruise ship from Greece glide by while in Maputo, Mozambique. 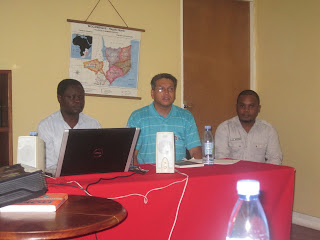 Here are some of the staff of Africa Works, each with their own unique story of how God has called them, carried them, blessed them, and challenged them.  On the left is Claudein, the Managing Director of Africa Works Mozambique; in the middle is Sam Grottis, the founder and President of Africa Works Africa; and on the right is Cladio, the veterinarian working for the poultry farms for Africa Works.
Posted by The Reeds in the Wind at 6:41 AM No comments: