Greetings from Kaduna, Nigeria, where it is hot and the food is spicy!

I don't like to write ugly blogs.  I like to tell positive stories of Africans, of positive changes, and of hope.  But every now and then you have to talk about the ugly stuff.

It's true that the USA has its own ugly stuff going on as well.  It's also true that ugly stuff can be found all over - where-ever there are human beings who bear the mark of sin.

But in order for change to come, darkness needs to be called out so that people can pray for light to enter in.  So I will share a bit of the ugly stuff in the hopes that people who care about Africa and fellow brothers and sisters in Christ will pray with knowledge about specific issues.

Let me start with Ethiopia and then Kenya.

Ethiopia has been going through some turbulent times in the last six months as people have been protesting against the government.  It is rumored that hundreds have been killed and many more hundreds have been detained for protesting.  It is a rumor because the government controls all communications in Ethiopia so getting information has been difficult.  Several weeks ago, the government declared a state of emergency which bans the following seven things in the country:  social media, protests, broadcast media from TV channels outside of the country, political gestures (such as the crossing of the arms which has been widely used in the protests against the government), visiting a factory, farm, or government institution between 6 pm and 6 am (as they have been the target of some destruction), diplomats cannot travel more than 40 km outside the capital without permission, and guns cannot be taken within 25 km of the main roads or 50 km from the country’s borders.  All of this is done to control the citizens and block them from communicating with the outside world.  Please continue to pray for our brothers and sisters in Christ in Ethiopia.

In Kenya, I was sent this news clip from a DML Marketplace Minister whose heart is breaking over the current rise in corruption.


Since arriving here, I have heard so many stories of these challenges, that affect all levels but hurt the disenfranchised the most.

But even beyond corruption, there are two other issues that continue to sadden me.  One is related to polygamy - I was at a church conference and was introduced to the third wife of a government official in the Kitale area.  She is in her 30s.  This is not an "older generation issue" of a person married multiple times before things changed, but a current issue that shows a sign of strength by the husband.  How can this be in this day and age, in a country that is so very Christian?

The other issue is that which is referred to as “extra-judicial justice” – that is, “justice” that takes place outside of the formal justice system.  I’ve written about this before as I have personally witnessed this in several different situations across Africa (one such incident was a man being beaten to death for stealing rice).  But two reports that I heard in the last few days have shaken me again in a way that causes me to fall  to my knees to pray.

The first is the number of poisonings that happen to people who are perceived to be wicked or a threat in some way.  People that I know and love have been threatened with being poisoned or have had it attempted, only to be protected by God in some way.  How many times this happens is unknown to me and I’m not sure that anyone has the answer.  It would need toxicology reports and autopsies for every death, but the fact that I have heard it as often as I have makes me wonder, and would make me very nervous to eat food offered to me if I were a Kenyan. 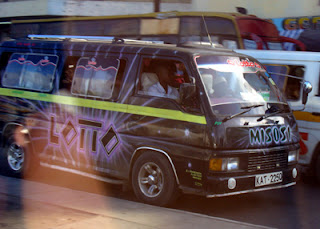 The second report I heard had to do with the “justice” served on a person who committed a crime.  A by the new lottery machines that have appeared at every staging area for passengers of public transport decided to do something about it at one area.  The pastor saw how addicting it was for the matatu (taxi-buses) and boda-boda (taxi motorcycles) drivers, putting their very little hard earned money into something with the hope of a payoff.  He found the place that was providing electricity to that lottery box and switched it off.  The young men who were using it went to find the source of the problem, and as they were distracted, this pastor stole the box and ran away with it.  He ran into a nearby sugar cane field, and the young men quickly surrounded that field.  They smoked him out and then beat him to death.  I’m told his last words to them were, “I’m trying to save you from yourselves.”  This pastor did not do the right thing, but he certainly did not deserve death.
pastor who has been very disturbed

These situations make it very difficult to tell people to go against the culture to do the right thing in terms of   To make a poor decision is to be met with a justice that allows for no grace, mercy or forgiveness.  Last week, as I rode on a boda-boda, a street boy tried to rip the earring out of my ear.  Other people were already yelling at him to stop chasing the bike I was on, and I was so thankful that he wasn’t successful as he probably would have received quite a beating.
standing up against corruption – it’s not just about having courage, it may be about risking your life.


And I know that for every story I tell, we can think of similar corruption or destruction from our own context.  This world is broken – so very broken.  But we do have hope that God can bring good from brokenness and that He has given us this day to try to make a difference in whatever way we can.

Today, please pray for the victims and the perpetrators of injustice, and for the Church to grow in strength to be counter-cultural and not a sub-culture.  And this week especially we pray the same for the USA.
Posted by The Reeds in the Wind at 12:37 AM No comments: