I just returned from a mission conference in Seattle, with hundreds of people who are passionate for world-wide missions.  It is great to see the creativity of God's people in meeting needs, challenges and opportunities around the world in such creative ways!

As I was manning a table for most of my time for Discipling Marketplace Leaders, I didn't have a chance to hear a lot of the workshops or speakers, but there was one workshop that I was able to attend.  The speaker was J.D. Payne, an author and pastor from Birmingham Alabama, who talked about "Pressure Points" for the Global Church.  What was most intriguing for me was the research that he shared about unreached people groups.

A simple definition of an unreached people is a group that has a common affinity linguistically, culturally and socially, and where there are less than 2% evangelical Christians, or less than 5% adherents to Christianity. 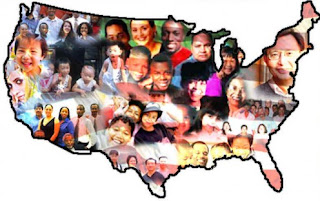 What was most surprising is the list of the four countries with the most unreached people groups.  They are:  1.  India; 2.  China; 3. United States; and 4. Canada.

Surprising, isn't it?  The US and Canada are number 3 and 4.  All four countries are also rather large, but if we were to look at much of Europe, we would probably see a similar phenomenon as only 2.5% of Europeans are Evangelical Christians.  The face of missions is changing.  No longer does "missions" mean going overseas.  No longer does missions mean going to a foreign land or learning another language.  Doing missions now includes going into our cities, our communities, and learning who our neighbors are, right where we live.

The US, Canada, and Europe are considered Post-Christian Mission Fields.  It's an interesting concept to process.  Ironically, Seattle and Portland are the least religious cities in the US.  A city in Utah has only one church for every 18,500 citizens.  This takes an entirely new thought process to missions.

The Great Commission, in Matthew 28:19-20 says, "Go and make disciples of all nations, baptizing them in the name of the Father, Son, and Holy Spirit, and teaching them to obey everything I have commanded you."  There is one main command in the Great Commission, which is to "make disciples."  Once you have made the disciples, you are to baptize and teach them.  And the word "go" is to be understood NOT as going to a foreign land, but more "as you are going about your business."  Too often we emphasize the word "Go" and not the words "make disciples."  All of us can be involved in making disciples every day of the week as we go about our work. 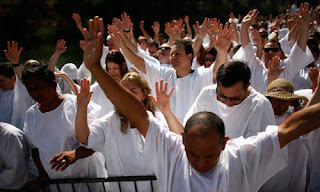 For me, this makes the work of Discipling Marketplace Leaders all the more necessary in the United States.  We need to know "as we are going about our business" how to be the Church from Monday to Saturday.  It has continued to be somewhat baffling that we have yet to find traction with a US Church who understands the need for this for their members and embraces this ministry.  Business people understand the need for it and frequently tell us that it is necessary here - not just in developing countries.  A man overheard me describe this ministry at the conference to a pastor - he interrupted me with an apology and told me he worked at Boeing and has been searching for something like this for thirty years!

The challenge is in front of us.  For the US and Canada, the nations and people groups of the world are coming in great numbers.  There are many opportunities to fulfill the Great Commission.  Are we ready?
Posted by The Reeds in the Wind at 11:09 AM No comments: