From Household to Factory

Given how short our lives are, it's impossible to understand how quickly the world is changing around us.

These are quickly changing times.

But recently I read a statistic of great change that made me stop and think for a while:

That is a stunning reversal in just thirty years.  And it continues to define how we live and work today.  There are pros and cons to this that I had to think through. 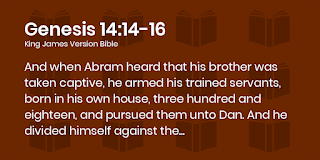 In Biblical times, and perhaps right up until 1885, the term "household" often included the business that was done from the home.  Abraham's "household" was his concern before he had children, and some speculate that his household could have upwards of 5000 people, especially considering that 318 men served him as security alone (Genesis 14:14).  These men, born in his house, lived there with their families as a community.

There are a number of times when we read of a leader and their "whole household" being baptized.  Lydia is one specific example of this, with her likely very large business producing purple dye from crustaceans for wealthy customers. 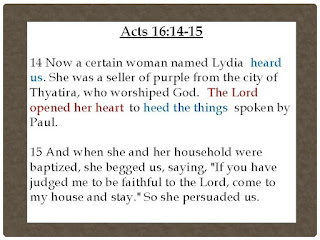 When these businesses left the household and moved to factories and commercial settings, the relationship between employer and employee changed.  The physical distance translated into emotional and spiritual distance as well.

I'm not one to long for the "good ole days" as I'm sure that the arrangement of having your business in your home has many negative aspects.  But I do think it's important to look at the effects of this change on our relationships, care and love for our neighbor.

The part that I think is a loss is our care and love for all aspects of employees, as "part of the family," as sons and daughters.  Too often we see employees as a "cost of labor" and we don't care for their flourishing in their work.  Not only do they often not flourish in terms of fulfilling their ability to be co-creators with God, we often do not even care adequately for their physical needs, paying them less than a living wage or even minimum wages in some places, while the owner's income continues to increase.  While I wouldn't want to be forced to worship the god(s) of my boss, it would be beautiful for the employer to care for the spiritual health of their employees.

Change is inevitable.  As Rick Warren says, "Methods are many, principles are few.  Methods change often, principles never do."  The methods of how we love our neighbor and seek the flourishing of this world change, but the principle of the Great Commandment does not change.

What are your thoughts on this?  What are the changes that we as Christians need to be mindful of as a result of this shift from "households" to factories?  I would love to hear your thoughts!  Email me at renita@dmleaders.org.

Posted by The Reeds in the Wind at 7:18 AM No comments: