Two steps forward, one step back

One example of amazing progress in Kenya is mobile money.  There have been 200 experiments with mobile money in the world and only four or five have been successful.  Kenya is one of them.  Kenya's system, called M-Pesa (pesa is money in Swahili) allows people to move money through their cell phones to pay loans, utility bills, send money to any other person who has a phone, and so on.  People "bank" their money with an M-Pesa dealer, and then use it when they need it.  Statistics tell us that 70% of the adult population in Kenya use M-Pesa and 25% of the GDP flows through this mobile money system!!!  There are 40,000 agents in Kenya working M-Pesa.  That is huge.  [In fact, we have a number of M-Pesa agents in our business programs.] 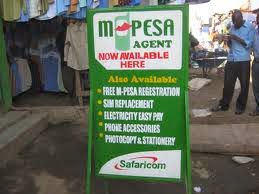 There are a couple of reasons why it succeeded in Kenya - in part because of low regulations by the government and also because of high fees in more formal sectors causing the demand for cheaper options.  Interestingly, the post-election violence in 2007 also caused for people to begin using this more and more as they tried to get money to family members.  Both Nigeria and India have tried to launch these networks but because of the regulations going through the banking industry instead of the phone industry, it has been much slower and more cumbersome.

Examples of its amazing helpfulness can be seen on a daily basis.  The other day I needed to hire someone to do something for me and he needed transport to bring him to Kitale, so I was able to send him money via the phone.  Another day I was driving somewhere and the passenger in the car asked me if I had money in my M-Pesa account.  She needed to send a payment for her business, had the cash in her hand to reimburse me, and I could send it to her person just by pressing a few keys.  Amazing.  And for those of us who deal with loans to help businesses grow, this technology makes things much easier. 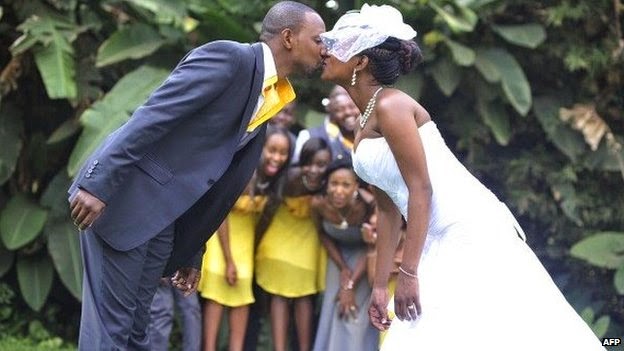 In contrast to this amazing forward moving - forward thinking business development, we have an example of a tradition that makes the country feel much less developed.  The government recently passed a bill, which the president yet needs to sign, trying to bridge the gap between civil law (which allows a man to marry only one wife) and customary law (where multiple wives are allowed).  The new marriage law allows men to take as many wives as they want, but with the new provision that they no longer need to get prior approval from the first wife.  Apparently, the men complained, women weren't giving permission (hmmmm...no real shock there).  One male member of parliament is quoted as saying, "When you marry an African woman, she must know the second one is on the way and a third wife… this is Africa."

To add insult to injury, plans to ban the payment of bride prices were struck down and women are only entitled to 30% of marital assets after death or divorce, provided she can prove that she contributed to the couple's wealth.

Remarkable.  On the one hand, saying "Woo-hoo, Kenya!  Lead the world!"  On the other hand, hand over mouth, shaking my head, and lamenting for my Kenyan sisters.
Posted by The Reeds in the Wind at 1:22 AM 1 comment: