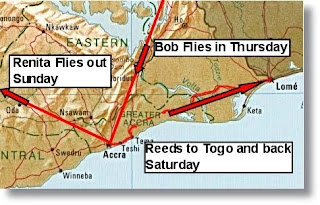 October starts off on the road and in the air. Last week was my turn to travel, the weekend was everyone’s chance, and now Renita is away. I was off for a very quick trip to the US—so fast that by the time I found the luggage United had lost, I didn’t need it anymore. I arrived in Grand Rapids Sunday, and left Wednesday. The topic of the CRWRC get-together was “peacebuilding,” which means recogniz

ing that building just and healthy societies—here or there—requires a multi-faceted, holistic approach. The old reactive approaches to development have proven unworkable. Peacebuilding means proactively laying the groundwork for relationships of mutual transformation; it means understanding the causes of conflict, healing trauma, advocating for a justice that restores, providing an economic foundation that ends poverty, empowers the soul and not only recognizes but embraces the spirituality in all people. Great perspectives, but I could not do much digesting by the lapping waves of Gull Lake. By Thursday I was back in Accra.

Over the weekend, we ventured a hundred miles or so to Ghana’s eastern neighbor, Togo. It was a "diplomatic mission:" Renita and the kids needed to get their visas extended, and to do that they needed to cross into another country and get the extension until we can get residency status. Even though nursing a nasty foot infection that kept me from driving, my foot propped up on the dash, I enjoyed every minute. Ghana is a beautiful country. When we got to Togo’s capital, Lome, I stayed behind because I don’t need the extension, while the others went through the paperwork of 1)leaving Ghana. 2) entering Togo, 3)leaving Togo, and then 4)re-entering Ghana. The process took an hour, and in the meantime I yucked it up with the street vendors, and enjoyed a beverage under a money changer’s umbrella. I brought some pictures.

So today, it is Renita's turn to fly away. She is trying to get to the States to attend the Partners Worldwide annual conference. I say “trying” because she got stuck in New York, bumped from her flight to Chicago due to mechanic problems, but hopefully she’ll arrive in Grand Rapids later today (Monday). Unfortunately, she too will miss her luggage, which is on its way to Chicago. She’ll be gone from us for a little over a week, but I know she’ll have a great time. We, on the other hand, will muddle through. 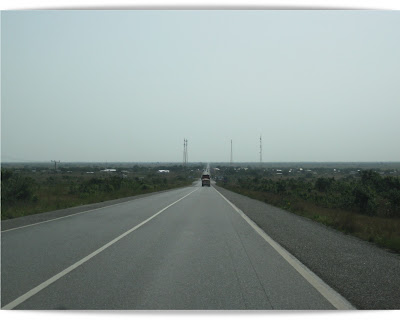 The roads out of Accra are great for a hundred miles. Well maintained, no pot holes. 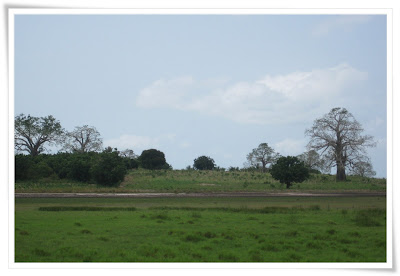 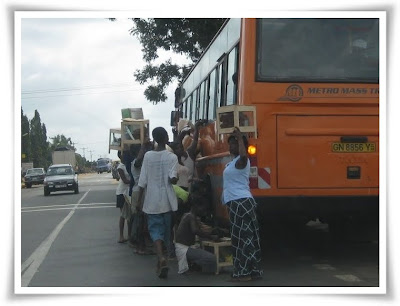 Along the way, every time a "Tro-tro" stopped, it was mobbed by food and water vendors. Tro-tro is Twi for "thirty, thirty," which is what they used to cost. 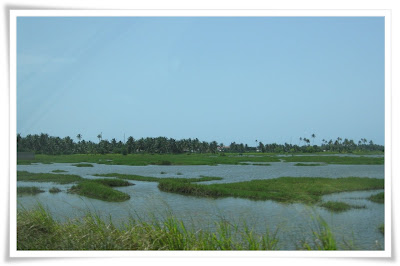 The route passed through the Volta river delta. Lovely, peaceful, green and fresh. At least it looked that way. 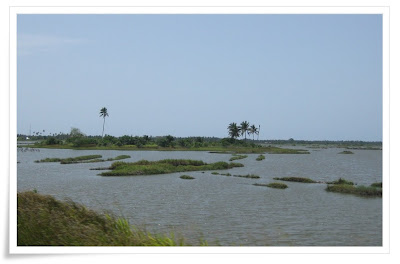 I wanted to jump in. 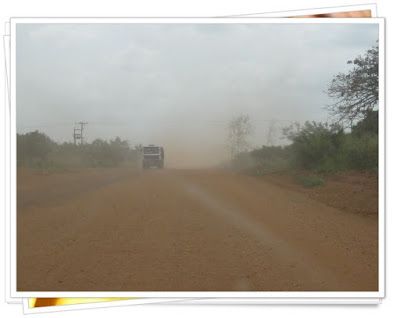 Eventually, the road got bumpy and (cough) dusty. 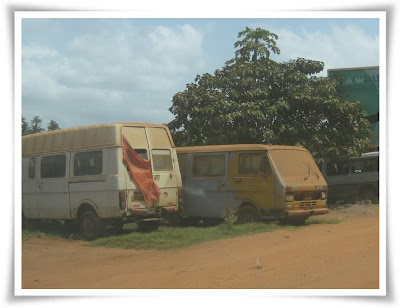 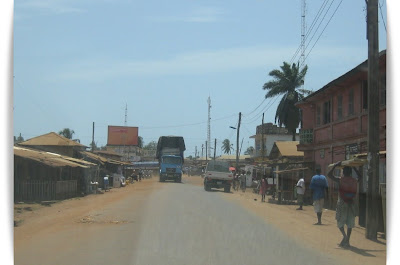 The first 3/4 of our trip took and hour and a half. The last quarter took two hours. This is Denu, just this side of Tome. 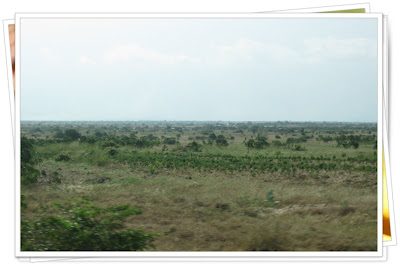 Some of Ghana looks like East Africa, the classic African Savannah. 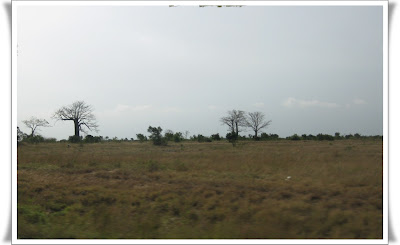 On the way home--- love those baobabs.

Weather: Hot, dusty and humid, with constant winds from the SW. Until we get a thermometer, we’ll be just guessing. But I’m guessing His in the low 90’s during the day with winds around 20mph, and Lows in the lower 70’s at night. Humidity drops as temps go up, but without that wind, we’re jes’ drippin’. Thunderstorms to our north, but very little rain around Accra.
Posted by The Reeds in the Wind at 8:10 AM 1 comment: