Hannah, Noah and I leave tomorrow (Friday, March 26) for Grand Rapids. It will be so good to get home and be with family. This week would be difficult for anyone losing a spouse, but the added complications of handling death arrangements while being an American in West Africa has made it even more difficult. But the body of Christ has really reached out to us here (especially in the person of Laurie Korum, a dear sister in Christ who is also a nurse at the US Embassy in Ghana) but we long to be with family and friends in Grand Rapids. We have felt the prayers from many people around the world and want to thank you for your kind words, encouragement, and support.

I wanted to correct something from the last blog I wrote relating to the cause of death - it turns out that Bob did not die from a pulmonary embolism as the doctors had believed; rather it appears instead (although the facilities are not here to determine it conclusively) that the Staph infection had invaded not only his lungs (as I had suspected), but also his stomach, liver, and spleen...resulting in Multiple Organ Dysfunction Syndrome. For those of you who like to know the details, the full name of the type of staph infection Bob had is Methicillin-Resistant Staphylococcus Aureus (MRSA) and it is known as the "superbug". MRSA is a bacterium that is resistant to a large group of antibiotics and is responsible for the death of 18,000 Americans annually. The fact that he was fine Friday night and had no fever at all, in my limited medical knowledge, can be explained by his immune system completely shutting down, allowing the superbug to travel and multiply freely.

Additionally, for those of you who do not live in the Grand Rapids or Lansing area, I wanted to pass on the obituary that will be in the newspaper this Sunday:

Robert "Bob" Allen Reed, age 55, a child of God, went home to be with his Heavenly Father on Saturday, March 20th, 2010 after a sudden illness in Ghana, West Africa. He will be lovingly remembered by his wife of 19 years, Renita (Kranenburg); children, Hannah Adriana and Noah Allen Reed; mother, Lucille & stepfather, Keith Mosher, his brother, Don (Carolyn) Reed, his sister, Sandy (Rick) Dingwell, his brother, Steve (Patricia) Reed, his brother, Bryan Reed as well as his father & mother-in-law, Pastor Peter & Marrie Kranenburg, many other brothers and sisters in law, nieces and nephews, and friends around the world. He is preceded in death by his father, Floyd Allen Reed and his sister, Brenda Beck.

Bob was born on August 9th, 1954 in Lansing, MI where he graduated from Everett High School. In November of 1975, he gave his life to Christ and went to Moody Bible Institute, where he received his B.A. in 1980. He then attended Azusa Pacific University, receiving his Masters in Student Development in 1986, and Michigan State University, receiving his Masters in Counseling in 1992. He worked for fifteen years as a counselor at Calvin College, established the Madison Square Counseling Ministry in 2002, and then followed a call from God to move to West Africa, working with the Christian Reformed World Relief Committee (CRWRC) addressing peace building and conflict resolution, justice and advocacy, and mental health issues.

His greatest earthly love was his wife, Renita and his children with whom he shared his call to travel from Grand Rapids, MI to Monrovia, Liberia to Accra, Ghana and now, he has arrived at his final destination that of being home free with his Lord and Savior, Jesus Christ.

A memorial service to celebrate his life will be held on Tuesday, March 30th at 7 pm at Madison Square Christian Reformed Church (1441 Madison SE, Grand Rapids, MI 49507) with Pastor David Beelen officiating. The family will receive relatives and friends at 6 pm. Memorial contributions may be made to a memorial fund for funeral expenses and the education of Hannah and Noah Reed (c/o Partners Worldwide, www.partnersworldwide.org ) or to the West Africa Ministry Team of CRWRC for their ongoing work (www.crwrc.org); please place "In Memory of Bob Reed" in the memo section. 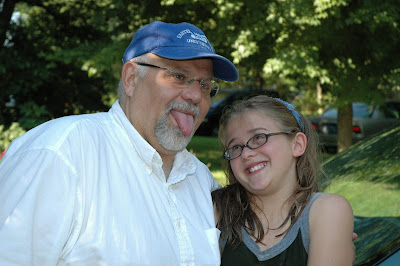 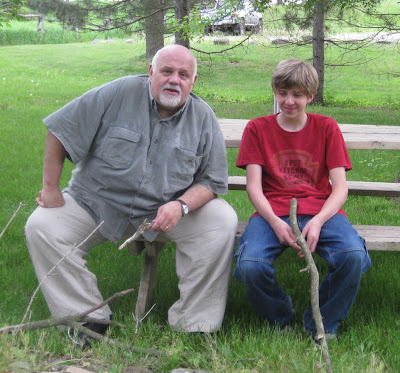 Noah and his Dad at the silent retreat last year, 2009 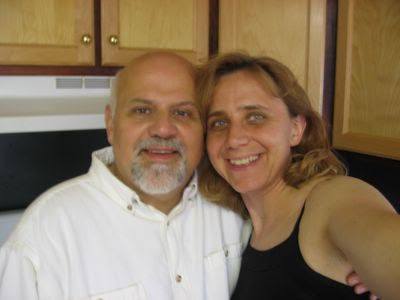 I thank God for the 19 years I was blessed to have with my best friend and partner.