[Update -  Many of you have been kindly asking so two quick updates:  One, a number of you responded to my request for funds - thank you! But unfortunately the funds are not yet enough, so I have taken a pay-cut to get me through until I can get to some serious fundraising after my trip to Ghana in June.  Second, Noah did not find an apartment in DC but we learned a lot about the city!  He can't afford to have an apartment on his own and so will have to share with strangers.  Please pray with us that he will find a good room and good roommates!]

One of the themes of our teaching in Discipling Marketplace Leaders is the need to be the light in the darkness of the Marketplace (business, government, education).  The Bible is full of references to us being called to be a carrier of the light of Christ: 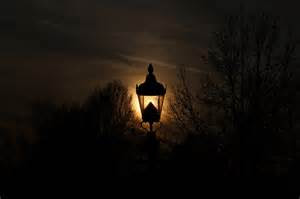 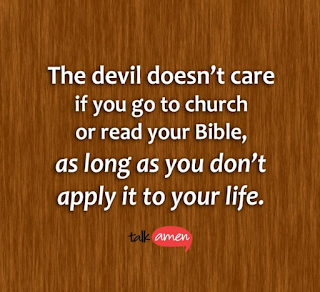 Unfortunately, many of us tend to leave our light in the church building in order to "survive" in the work world.  Some of this is because we haven't been discipled to purpose for how to be a light in the workplace.  Let me explain being discipled to purpose:  most of us are discipled as individuals - how to study the Bible, pray, etc; many of us are discipled to marriage and parenting by the church.  But most of us are not discipled to the workplace, where the majority of us spend the majority of our adult lives.  We end up compartmentalizing our faith into categories unless we are specifically discipled to purpose so that we can know how to apply it in our various contexts.  The result is that we tend to leave our light in the Church, which is already full of light and we don't bring that light into the Marketplace.  Even the smallest of light makes the darkness flee.  Martin Luther King Jr. said, "Darkness cannot drive out darkness: only light can do that.  Hate cannot drive out hate:   only love can do that."

A couple of weeks ago, I shared the story of Daniel, who was troubled over and over with ethical challenges in the workplace.  If you remember, Daniel chose to leave his work in accounting as well as medical laboratories because of ethical challenges (http://reedsinthewind.blogspot.com/2016/05/daring-to-be-daniel.html). While Daniel showed great courage in standing for his principles, he also made the difficult decision of leaving those places of darkness.  What is unfortunate is that when he left those places, he took his light with him, leaving more darkness.

Let me share about a business person in a developing country who made the difficult decision to remain in a place of darkness and allow his light to shine.  [Again, I will change his name to protect his identity.]

Moses worked as a manager in a furniture company for fourteen years.  He was known as a manager who would not compromise his ethics.  At one point, his company gave him the opportunity to take an eight year loan to purchase a home.  He decided to pay it off in five years, and then continued to make payments to himself for the remaining three years to build up some savings.  On January 1st of his fifteenth year with the company, he was approached by an elder in his church who said that God prompted him to remind Moses of how Jacob had worked for Laban for fourteen years and then Jacob went out on his own.  Moses had felt a tug of leaving this business to start his own business 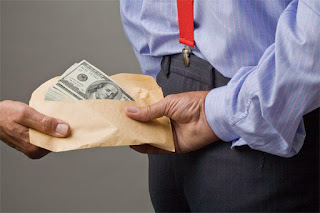 prior to this elder's visit, but the elder's comment confirmed this sense, and so Moses left that comfortable position to start his own business.  Moses began importing high quality office furniture from China, working primarily through contracts (also called "tenders") from various government offices, businesses, or institutions.  Businesses who work through contracts or tenders tend to be plagued with potential corruption, as the contract will often go to the one willing to bribe the people in charge of decision making.  Moses and his wife decided when opening this business that they would not pay bribes or receive bribes. 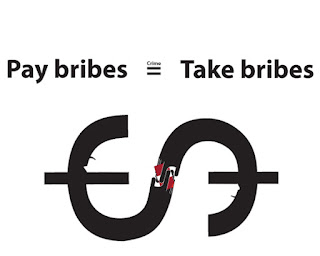 Moses shared with me, "Each bribe has two parties - a giver and a receiver.  If we all would stop being givers, what could the receivers do?"  This was not an easy decision for them.  Moses shared story after story of lost contracts because he was unwilling to pay bribes.  But over time, and because he insisted on selling high quality furniture, he began to be known as a business man with integrity whose products would outlast his competitors.  This has opened doors for him to have may conversations, especially with government officials (even those who are Christian) about doing work with integrity.  But one of the main things that has allowed him to keep his integrity is the fact that he and his family have decided to live below their means, so that they will always have the option of saying no to contracts that demand bribes.  Moses teaches "Family and Finance" in his church (something I did for years as well and find to be so important!) and he stresses how important it is to not increase your expenses as your income increases, but rather to be wise with savings so that you can follow God when He closes a door or tells you to go.  Moses told me, "My joy is not from money in my business but rather in the satisfaction of doing a job well." 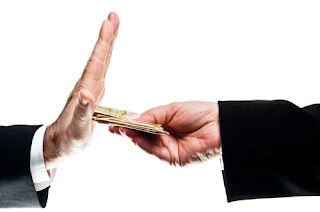 Moses is an example of having the courage to be light in a dark place.  He is shining his light in his sphere of influence and is willing to sacrifice in order to be this light.

I like this quote from Michael Strassfeld: "Light gives of itself freely, filling all available space.  It does not seek anything in return; it asks not whether you are friend or foe.  It gives of itself and is not thereby diminished."

The beautiful thing about being a carrier of light is that God continues to be the giver of the light through the Holy Spirit.  Our job is not to leave this light in the church building, but allow it to shine in our workplace.  The Discipling Marketplace Leaders ministry is designed to help churches and church leaders figure out how to do this through intentional discipling to purpose.

Matthew 5:14-16 (NLT) - You are the light of the world.  A town built on a hill cannot be hidden.  Neither do people light a lamp and put it under a bowl.  Instead they put it on its stand, and it gives light to everyone in the houses.  In the same way, let your light shine before others, that they may see your good deeds and glorify your Father in heaven.
Posted by The Reeds in the Wind at 9:42 AM No comments: