And the team takes a hit...

The ICM Marketplace Ministry team, having moved with great strength over the past six months, has gone from three people to one in the course of a week.

Alfred Kibairu, the ICM Marketplace Ministry Coordinator, fell sick approximately four weeks ago.  It started while we were on a trip to Kakamega to do mentoring and he complained of back pain.  He went to the doctor the next day and was told it was pneumonia.  Huh?  When asked why, he said the doctor told him that it was probably pneumonia because of the sore muscles, and he put Alfred on an antibiotic.  Then other symptoms began to pop up, and the doctors put Alfred on other meds.  Then last week, while I was conducting a training outside of Nairobi, he lost his ability to walk (extreme pain in his feet), lost his ability to hold things (hands were numb), his vision became significantly impaired (eyes were very bloodshot and cloudy), and he broke out in what he called a rash all over his body.  We got him to a better doctor and then to a hospital in Kitale.  However, hospital standards in Kitale are very low (he had to crawl on his knees down the hall to use the restroom and stayed in his street clothes the entire six days in the Kitale hospital) and we saw no sign of improvement.  They continued to treat the symptoms and not test or look for any underlying causes.

This past Thursday we convinced him to go to a better hospital in Eldoret.  My car acted as the ambulance as I tried to avoid the many potholes to get there as quickly yet pain free as possible.  The hospital looked and felt great - it felt a bit like a hospital in the US.  Unfortunately, the cost also reflected the costs of US hospitals (not quite but on the salaries here, the same) and after 48 hours, Alfred felt he had to move again to a lesser hospital due to the high bill.  The cost of his treatment thus far is about 100,000 KSH (about $1200 US - a huge amount).  They have done a number of tests for which we are still awaiting the results, but it seems to be a rare condition called Steven-Johnson syndrome, a severe reaction to a drug he took.  The "rash" as Alfred called it, is actually blisters all over his body, like 3rd degree burns.  The skin is now moving from his body in chunks, making open wounds all over his body, susceptible to infection.

Please pray for rapid healing for Alfred and wisdom for the doctors.  Alfred is married and has two children - one aged 8 and the other just over one year old.

Upon my return to Kitale on Thursday night, after having been on the road for thirteen hours that day and being sick myself, I got online with Michael, only to find out that he had some discouraging news from the doctor that day as well, relating to some potential cardiac issues.  After some more extensive testing and discovery of some potential problems on Friday, which is requiring yet more testing, I decided on Saturday morning to go home early and be by his side.  By the time you see this blog (I'm writing it in the Amsterdam airport on Sunday morning), I will be back in Grand Rapids.  We pray that the more invasive testing that will take place this week will tell us that everything is okay, but it is scary to be sure.  I have made several such scary trips in my life now and the amount of fear that explodes in me is palpable.  Michael, of course, is nervous as well. 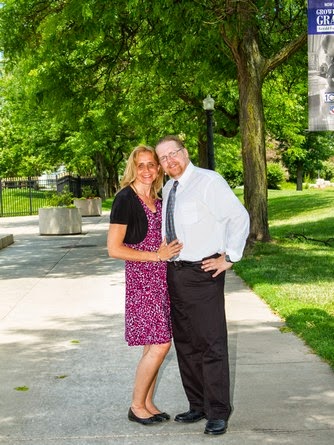 So my return is several weeks earlier than planned.  Jeff Bloem is holding down the fort right now - a capable man for the job!  He drove me to the airport on Saturday, then transported Alfred to a third, more affordable hospital.  Many in Kitale have commented that Satan must not be happy with what we are doing for such attacks to take place.

Regardless, we covet your prayers and hope to report better news next week!

[If you feel led to contribute to Alfred's hospitalization costs, please go to www.icmusa.org, click on "donate" and in the comment section, write "20065M - Alfred Kibairu."  That is one way hospital and life insurance works here - the community contributes as they can, when they can.  That way, when you get sick or have a funeral, others will also contribute.]
Posted by The Reeds in the Wind at 3:13 PM 2 comments: