When an airborne bird hits an airplane it is called a "bird strike."  It is important to avoid a BASH (Bird Aircraft Strike Hazard) when flying.  These are real terms. It's a real thing.  Birds can crack a windshield of a plane.  Maybe you remember the Miracle on the Hudson in 2009, where an airbus came down after being struck by a flock of birds. 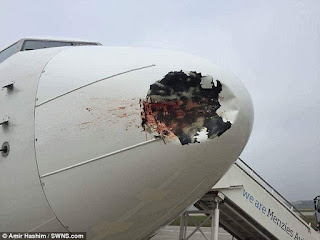 It's always interesting to be around a group of people who get bad news like that together.  Crowds tend to bond and do so quickly with bad news.  While they may spend eight hours in close proximity on a plane and never speak to each other, they will talk and shout and reason together when told of a delay.  There were many upset people, which is not unusual for a delay.  If you fly, you've probably seen it.

But then it became about Africa.  In Brussels, they have a special terminal for African flights.  You have to take a shuttle to get to it, as it is in a separate building.  From the anger I heard (I didn't do the research myself) that there are no water fountains in that terminal and that there is only one restaurant in that terminal.  And suddenly people were talking about the need to file complaints and work together to make changes.

I don't fully understand the Brussel airport because I usually fly Delta instead of United, but for this flight United was a lot cheaper.  I don't understand why they had signs up for "African flights" to go this way or that.  I didn't see those signs for Asian flights or South American flights, etc.  But in this day and age, you don't expect there to be such overt segregation, so I'm imagining (possibly naively) that there could be another reason for a separate terminal.  I don't want to jump to conclusions and judge.  But maybe there isn't another reason (I've also seen enough racism to know that it can still be so). 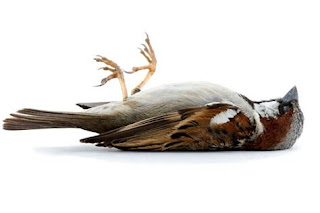 And so a bird strike turns into a discussion on racism.

And as I waited, it made me think about the impact of small things in our lives, and how they ripple out.

300 people inconvenienced by a bird.  If each person had one person waiting for them in Ghana, that is 600 people.  A number of people talked about the functions that they had to get to and were going to miss because of this delay.  So maybe 300 more people impacted.  Suddenly we are over 1000.  The people in Togo (where we were rerouted) were yelling when they boarded because of how they were inconvenienced, and then again the same for those being picked up in Accra, after we were dropped off.  And the ripples go out. Unintended consequences.  Collateral damage.

I think about the ripples in our lives from little things that happen.  Something said without thinking can cause emotional damage that can last for years.  A glance at a phone when driving that can take a person's life.  How quickly things can change and how frequently we have to deal with the impact of these ripples. 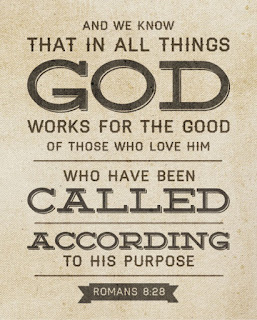 And it's amazing to me that my faith tells me that God is in control of my life and that He can work things together for the good of those who love Him, who have been called according to His purpose.  All these details.  All these people.  From little ripples to crashing waves.

I'm sorry for the bird.  But it's death was not in vain.
Posted by The Reeds in the Wind at 2:44 AM No comments: