The Challenge of Integrity

A student in my Integrity and Finance class at the Africa Theological Seminary in Kenya shared the following situation with me a few days ago: 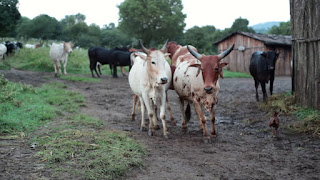 When the whites were leaving Kenya in the 1960's, there were plots of land being sold at very reasonable prices.  My father and my uncles approached their father, my grandfather, to ask if they could sell some of his cows in order to buy the land.  He said no.  They reapproached him two additional times and each time they were told no.  Finally, as the last plots of land were going, the sons decided to secretly sell ten of their father's cows at several different points to buy several plots of land.  The father didn't notice (he had many cows), or if he did notice, he couldn't figure out what had happened to them.

Sometime later, when the truth came out, he saw that what his sons had done was actually a good thing, as the land had become quite valuable. In a warm culture, where the community is more important than the individual, does this action constitute a lack of integrity?

This is what the student asked, leading to a lively discussion.

Then he added this several minutes later: 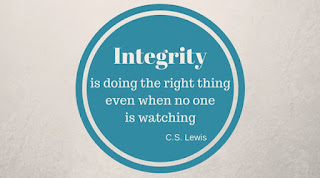 The land that had been purchased was being worked mostly by the older sons.  The younger sons did not have land and wanted to farm.  So they did the same thing that their brothers did, and sold cows in order to start farming.  This time the father was very upset.  He went to the village chief asking for some justice against his sons.  The chief told the father that he should empower his sons to do the farming.  Not satisfied, the father went to the village police.  They learned what the chief had said and gave him the same response:  empower your sons.  Still not satisfied, he went to the city police to try to prosecute his sons for stealing from him.  They gave him the same answer:  empower your sons to do the farming.  He returned home, made amends with those sons, and they began their farming.

A few days later, as we discussed personal finance and budgeting and how this can create conflict in a marriage, the same student shared another story - this time about his wife.  She wanted to buy new furniture to replace what they had.  As most husbands and wives in many parts of Africa keep their money separate, she had some of the money and wanted her husband to contribute the rest.  It was a bit expensive and he had other plans for the money she wanted from him, so he asked her to wait.  After returning home from a trip, he came home to find that furniture in his house.  His wife had been able to come up with a good portion of the money but still needed him to add to it.

A lack of integrity? (I reminded him that maybe she had heard the story about his uncles and decided to do likewise.)

We had fun with this discussion, and in the end, we all concluded that the "end doesn't justify the means." 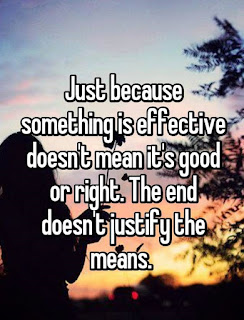 But the challenge of integrity is real and it is heartbreaking to hear the stories of how deep and widespread corruption can be in different places, affecting almost all people, from adults to children.  It is overwhelming to think about how that can change and be reversed.

As a class, we concluded that it needs prayer, appropriate action and standing up for beliefs, as well as obedience.