The ongoing challenge of healthcare in West Africa 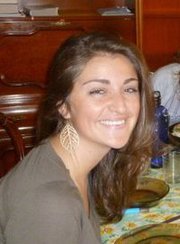 Last week, the Partners Worldwide intern in Liberia, Megan Fraga, experienced a medical emergency that caused her to leave Liberia on Friday and undergo surgery in her hometown in Florida on Sunday.

Megan had informed me last Monday that she had malaria and was on antibiotics, however Tuesday her abdominal pains increased and she went to the hospital fearing appendicitis.  Both Megan's father and her brother had appendectomies so she was familiar with the symptoms.  After taking some blood tests and urine tests, she was told (about 24 hours later) that she had a urinary tract infection, was put on antibiotics, and was told that she could return home that evening.  That diagnosis did not seem correct, however, and so after some pushing, Megan was able to get an ultrasound on Thursday which showed some abscesses and cause for concern.  We rushed to put her on a plane on Friday and get her to the US so that she could get the surgery needed.

The hospital in the US verified that Megan's appendix had indeed ruptured.  They wanted to treat her with antibiotics to calm the infection down before performing the surgery, but Megan's body had was not cooperating, so yesterday (Sunday) they performed the surgery, knowing that with all the swelling and infection, it would be difficult.

The decision to put Megan on a plane versus staying in Liberia and working with doctors there was a difficult one.  I admitted throughout the last week (to Partners Worldwide central office and to Megan's parents) that because of Bob's death, I don't trust the medical facilities in West Africa.  Unfair to judge a whole region because of one person's death, but that is my reality.  I didn't sleep much last week, knowing what an infection can do when it has free reign on a body, knowing how quickly septicemia can enter the picture, and knowing that this 23 year old, with huge hopes and dreams to make a difference in the world, could have a tragically different story if her appendix did burst without the necessary medical facilities.

I believe that we made the right decision and that had we not acted as quickly as we did, Megan would be facing a very difficult time in Liberia right now - not to mention the difficulties on her family in being so far away from their daughter at a time of medical crisis.
We know that the work here involves risks.  We also know that we can't make decisions based on "what ifs".   For those of us taking those risks, we at least have the luxury to get out, if need be, providing there is enough time.  Those who live here don't have that option.

A couple of weeks ago I heard a story about a hospital here in Accra that experienced a power surge (outages and surges happens almost daily here) and all the incubators in the neonatal unit broke down because of the surge.  All fifteen babies died.  One mother had triplets in that neonatal unit.

Last week I heard that the hospital where Bob died has been recommended to be shut down.  I'm glad.  I have always felt bad that I didn't pursue further holding them accountable for their negligence in Bob's death, with faulty and broken down machines, inaccurate diagnosis, and slow response time.  I can only hope and pray that my lack of action didn't result in the unnecessary deaths of others.

Please keep Megan and her family in your prayers.  And continue to pray for the medical situation here - not only for well educated doctors, but also for infrastructure needed, in terms of steady electricity and water, as well as government standards and regulations for hospitals and clinics.
Posted by The Reeds in the Wind at 4:11 AM 2 comments: