I wrote a few months ago that I have started my PhD in Sustainable Development and Diplomacy.  I have completed my first class, am well into my second class, and have started the research that will go toward my dissertation.

The study of Sustainable Development has been a source of interest for me for many years.  Many of you are familiar with the Millennium Development Goals that were set forward by the UN through the partnership of 189 countries in the year 2000 and which concluded in 2015.  There were eight key goals, which included halving extreme poverty, a goal that was reported to be accomplished.  Since then, a new initiative has started, called Sustainable Development Goals, which has 17 goals to be achieved by the year 2030.

The first of the Sustainable Development Goals is to "end extreme poverty in all its forms everywhere" (https://sustainabledevelopment.un.org/sdgs).  It also seeks to ensure :social protection for poor and vulnerable people, to increase access to basic services, and to support those harmed by conflict and climate-related disasters."  This is a lofty goal and it would be amazing if it could be accomplished.  But we need to dig a bit deeper. 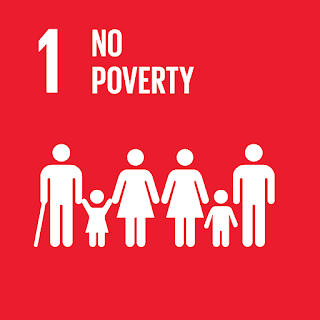 These results sound very impressive, and often when people are asked how these results were accomplished (which I have asked many times) the answer often is "through aid and development programs run by the UN or large international non-profits."  However, that is not the case.  Much of the recent reduction in extreme poverty was achieved NOT by aid programs but by business development and employment, specifically in India and China.  For China, much of it came in the form of manufacturing.  For India, much of it has come through the service industry.

This is very important for us to realize and bears repeating:  The massive reduction of those living in extreme poverty came because of business development and the creation of jobs.

It is amazing what China and India have accomplished, as can be seen in the table below.  China went from 60% in extreme poverty to 4% and India went from 45% to 15%.  Wow!  Amazing!  Praise God!

Unfortunately, while the number of people globally who live in extreme poverty is reducing, it is still increasing in Sub-Saharan Africa as shown by this table:

Sub-Saharan Africa went from 276 million in extreme poverty to 389 million.  If you look at the percentages, it looks like there has been progress - 54% to 41%, but the actual number of people living in extreme poverty increased by 113 million people.  That is shocking and disheartening, and tells me the efforts we have made in business development are very small and not enough.

Next week Monday I leave for Nigeria, where the ministry of Discipling Marketplace Leaders is progressing in Abuja, Kaduna, Jos, and Lagos.  Yet Nigeria is one of the key countries struggling with an increase in poverty, which I referred to in a blog in November of last year.

Quartz Africa, which is a news website, says this:


Despite its vast oil riches and impressive economic growth, Nigeria has struggled to lift its people out of poverty over the past three decades.  That fact stands out in the World Bank's 2017 Atlas of Sustainable Development Goals which shows that 35 million more Nigerians were living in extreme poverty in 2013 than in 1990.  The Atlas tracks the progress countries are making to meet 17 development goals set out by the United Nations, such as reducing economic inequality, the use of clean energy, and literacy rates.  Among the 10 most populous countries for which data is available, only Nigeria recorded an increase in the number of citizens who live in extreme poverty over the period of the study.  The Atlas defines "extreme poverty" as living on less than $1.90 a day. 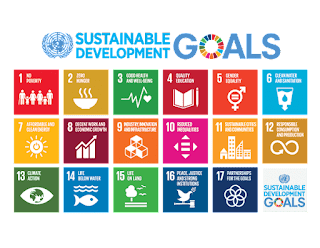 Can Nigeria reverse this trend?  What will it take for the most populous country in Africa, teeming with the potential for innovation and entrepreneurship, to make a difference not only for Nigerians but as a leader in Sub-Saharan Africa?

What will the next thirteen years bring for ending extreme poverty and which countries will take the lead and how?  What is the role of the global church in this?  What can you and I do as individuals, following our calling to compassion and having a mind and heart for the poor?

Please pray along with us over these next weeks as we seek to change the mindset about work and teach business skills that can help businesses grow to the next level.

Posted by The Reeds in the Wind at 7:40 AM No comments: