But before I get into those, let me back up a bit.

In the year 2000, sociologist Kurt Alan ver Beek declared that religion was "a development taboo."  In his research, he found that development organizations, including Christian ones, consciously and deliberately avoided the topic of religion, faith, spirituality in their work, saying it wasn't a "development focus."  Ten years later, that narrative changed significantly mostly because earlier research that declared that religion would decrease in importance in the world was found to be wrong.  Religion was found to be "persistent" and had actually increased in importance worldwide. 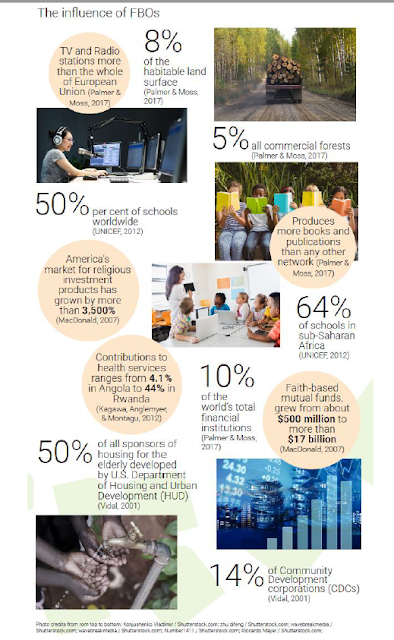 And this shouldn't be too much of a surprise to us as Christians.  Medical missions and missions for Christian education is something we hear a lot about.

Which is what brings me then to the title of this blog - Environmental Missions.  We don't hear much about this.  And it is often because we don't hear about the first part of the title - environmental racism.

What is environmental racism?  Research is showing an increase of toxic dumping by governments and corporations in communities that disproportionately negatively impact minorities.  The amount of shipping of hazardous waste from developed countries to developing countries has significantly increased, in large part because regulations tend to be expensive and more intense in developed countries, making it cheaper to pack up and send to developing countries.  Rev. Dr. Chavis defined environmental racism as this: 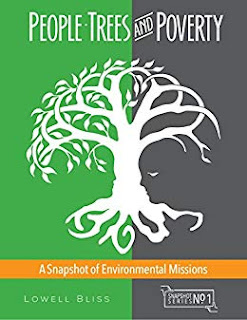 Environmental missions is a response to this that is growing in some churches and faiths. Bringing the gospel addresses both physical and spiritual needs, and environmental issues negatively impact many of the poor around the world.

The Lausanne Commission addressed this in 2012 and formulated the Jamaica Call to Action.  I encourage you to read the whole call to action if this subject matter is of interest to you (http://lwccn.com/about/jamaica-call-to-action/).

In their study, they came to two main conclusions:


1.  Creation care is indeed a 'gospel issue within the lordship of Christ."  Informed and inspirted by our sutdy of the Scripture - the original intent, plan, and command to care for creation, the resuurection narratives, and the profound truth that in Christ all things have been reconciled to God - we reaffirm that creation care is an issue that must be included in our response to the gospel, proclaiming and acting upon the good news of what God has done and will complete for the salvation of the world.  This is not only biblically justified, but an integral part of our mission and an expression of our worship to God for his wonderful plan of redemption through Jesus Christ.  Therefore, our ministry of reconciliation is a matter of great joy and hope and we would care for creation even if it were not in crisis.

2.  We are faced with a crisis that is pressing, urgent, and that must be resolved in our generation.  Many of the world's poorest people, ecosystems, and species of flora and fauna are being devastated by violence against the environment in multiple ways, of which global climate change, deforestation, biodiversity loss, water stress, and pollution are but a part.  We can no longer afford complacency and endless debate.  Love for God, our neighbors, and the wider creation, as well as our passion for justice, compel us to "urgent and prophetic ecological responsibility."

Environmental missions.  It used to be that missions was for pastors and evangelists.  Then it grew to include doctors, nurses, and teachers.  Recently the Church has begun to recognize the need for business people to be on mission and the need for their expertise in poor communities.  And now those who are passionate about creation care are also being recognized.

And it should be no surprise.  We are all on mission, whatever our gifts, passion, or talents, God can use us to help the world flourish.  Christopher Wright says this:

Posted by The Reeds in the Wind at 5:17 AM No comments: