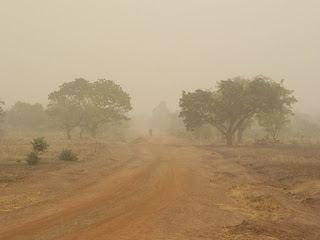 Greetings from Abuja, Nigeria.  The Harmattan winds arrived in Abuja just before I did, bringing a constant look of fogginess, which is actually a very dry and dusty wind from the Sahara.  It's been 100F here during the days, which despite the dust in the air, is still preferable to me as compared to the freezing temperatures and snow in Michigan! 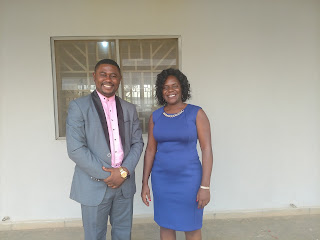 We just concluded a two-day workshop for pastors and church leaders, and we were excited to have two leaders from Cameroon join us as well.  Lord willing, we will start the work there in July as some of the tensions there seem to be calming down.  They were both very excited by the material and it especially struck a cord with Emeline, who is working on her PhD in Organizational Leadership and has felt called to this exact message for some time.  In fact she has written a book about this concept but felt she lacked the tools to make it practical.  We are looking forward to being with them to do a five day course with DAI Cameroon.

One of the hot topics during this particular two-day training seemed to be a resounding echo of conversations that we have had of late in the US as well, having to do with the growing sense of the irrelevancy of the Church especially by young adults.  While people love the idea of Discipling Marketplace Leaders, some are occasionally frustrated by the fact that we believe this work needs to be done through the church.  The church leaders in this workshop wondered about whether we would be willing to work with a new movement - a movement of people who are frustrated with the current institutional church and who are starting their own gatherings.  One pastor of such a church was in our midst.  He expressed that you can only try so long to change the mindset of the institutional church and its leaders before you finally give up and try to "be the change that you seek."  The frustration with the church is often the same - it is inward focused, focused on raising money, focused on programs, and existing as a sub-culture. 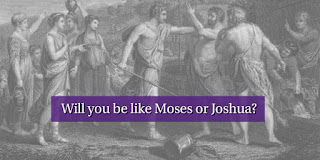 Dr. Walker described the challenge in a new way during this training.  He asked whether people would rather be Moses or Joshua?  Moses was involved in protecting and saving a people who were enslaved and beaten down.  Joshua was involved in taking a new generation, who had forty years to leave behind slavery, to be a people ready to conquer and take over a new land.  The miracles that God did through Moses in Egypt were many and revolved around God doing the miracles.  The miracles that God did for those entering the promised land were fewer and they revolved around the Israelites being involved with the miracles (i.e. walking around the wall).  Are our churches stuck in caring for people with a slavery mindset, who have been beaten down by the world?  We describe this as a "Come to Get" church.  Or are our churches preparing us to conquer lands and move into the Promised Land?  We describe this as a "Come to Go" church. 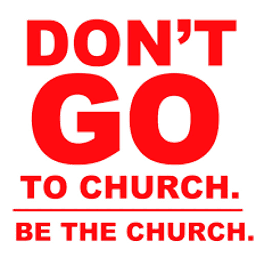 It was an interesting conversation.  We certainly agreed on a couple of things.  First, we need to continue to work with the existing church and sound a warning, as we are told to do in Ezekiel 33. But secondly, if God raises up a new movement, as has been done time and again throughout history, we need to be open to how the Holy Spirit moving.  It needs to be a both/and.

Please continue to pray for the Church in Nigeria.  I have been told that churches in the north are being denied the ability to renew their annual occupancy permits.  This seems to be an attempt to close down the church.  The Church definitely seems to be under persecution in some ways in some parts of Nigeria.  Thankfully, the church is more about buildings and while they may close the buildings, they can't stop the Church as the people of God!
Posted by The Reeds in the Wind at 12:25 AM No comments: