After a very productive trip to Tanzania and Ethiopia, I want to take a brief pause at the end of the summer to give an update from our family.  I know that when I start getting email responses to my blog with "By the way, how are Hannah and Noah doing?" it's time for an update. 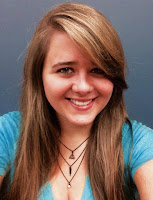 As many of you know, Hannah suffered a concussion at work early in the summer.  This past year she worked really hard at dealing with all of her health issues and we felt she had finally come on top of them, but then she was hit at work with a flying object and received a phase two concussion.  This has resulted in pronounced dizziness, nonstop headaches, and a strong aversion to sound and noise.  It has been over two months now and she is not able yet to work with her clients, but thankfully her job has found other things for her to do in the meantime.

What was very interesting to learn is that our instinct when we are injured is often wrong.  I had been advising Hannah to rest, to avoid noise, to avoid things that make her dizzy (and to be honest, her doctors had been advising her of the same).  But when she went to the concussion clinic, they told her that avoidance will delay her healing and prolong her brain's intolerance of things that bother her.  Rather than moving away from what makes her uncomfortable, dizzy, and headachy, she needs to slowly move toward it.  That was actually a huge relief for us to hear.  We had been hearing stories from people that it can take one-two years to recover from a concussion, but what we are learning is that a major factor in recovery is how the person "protects" themselves, and thereby prolongs their discomfort.  So Hannah is slowly trying to challenge herself and expose herself to noise by hanging out with clients, shopping at Meijer, going for walks and moving her head to look around.  While the symptoms are still uncomfortable, the fact that her healing is somewhat within her control brought a bit of comfort to her.

It was a good challenge for me to think through.  I had gone through the same thing with my back injury last year.  We want to protect and heal and avoid that which causes discomfort.  But sometimes we need to move toward those things that make us uncomfortable in order to grow in tolerance.  Seems like that lesson could be applied a few places, doesn't it?

Hannah is in grad school at Western Michigan University for her MSW (and of course she didn't let her concussion stop her from taking a summer class). 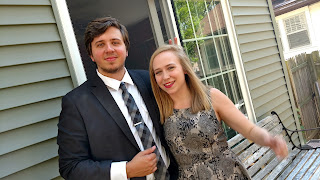 Noah and his girlfriend Hannah were able to fly home from Washing DC for a week of vacation and we had a chance to go camping with all of us:  Michael and his boys Jonathan and Benjamin, Noah and his Hannah, my Hannah, myself, and Michael's two dogs, Rosy and Pebbles.  It was only a few days of camping but the Reeds hadn't done it since we had moved to Africa in 2005, so it was good have that experience again.

Michael then had a conference in Washington DC and I took the opportunity to drive down with him, spend some time with Noah and his Hannah before flying out to Tanzania. I was thrilled to get into his car and see the cross that I had anointed his car with the year before (when he had just bought it) still on the dash, now outlined with dust.  Can you see it in the picture? I loved that he kept the visual reminder of the fact that he is the manager of the car and that it to has been committed to God.  We had a great few days together doing some touristy things and also just learning more about the work that they are both involved in.  Noah is still enjoying his work as a background investigator and his Hannah continues to work with International Justice Ministries.

My dear husband, Michael, continues to enjoy his work at Eerdmans, where he has now been for 22 years.  He takes me with him for some lunches or dinners and I have to admit that the authors he meets with speak a different language than me.  It's interesting to listen in to the very academic theological talk that he is engaged in day in and day out!  He also continues to be very patient as I travel here, there and everywhere, often without internet or ability to have contact.  Skype continues to be our friend when we can access wifi!

Michael's boys are also doing well.  Jonathan turned 23 in July.  He is celebrated his first year anniversary of working at the Meijer gas station and continues to take computer classes at GRCC.

Benjamin spent a second summer interning with Madison Square Church and had the opportunity to go on a service project to Pittsburgh, which he said was very moving for him spiritually.  He is hoping to be baptized in the fall.  He also has a part-time job with Firehouse Subs and is trying to save towards college as he is now entering his senior year of college.

Posted by The Reeds in the Wind at 6:46 AM No comments: