Economics of Hope: Does the Bible support one type of economic system? 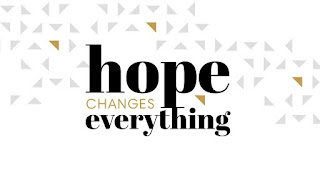 Last week, DML started teaching a newly developed class, called "Economics of Hope."  This is a take-off of a class that we had taught called "Development and Social Change" but we felt the need to tailor and focus it more on economics and the hope that we find regarding economics in the Bible.
A question that comes out in this class is this:  Does the Bible propose an economic system?  Does God favor one of the four choices that most of us face in our various countries (Capitalism, Socialism, Communism, or Fascism)?

We don't see those words in the Bible, of course, but what can we glean from scripture in this regard and what does this mean for us today? 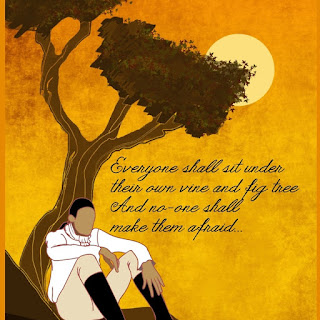 What we find in Scripture over and over is the desire for shalom, which I like to define as "vigorous wellbeing and abundant flourishing."  That is God's will for His people.  That is God's desire for His creation and all its creatures.  That was how it was set up before the fall.  That system called for all people to work and care for creation in order to perpetuate its flourishing (Genesis 2:15).

We serve a working God.  We are made in His image.  But we don't have a "Made in the image of God" stamp on us (like many products that say "made in China").  It's not just a stamp - it's a part of who we are.  We bear that imprint in body and soul.

God created a system in which all would work and all would flourish.  So far so good.

Next we look at how often the Bible talks about private property and not stealing (implying ownership).  There are many mentions of this throughout Scripture, indeed even the longing that everyone would have their own vineyard and orchard (Micah 4:4).  Private property and ownership is very important for thriving and flourishing.  Studies have been done on what happens when the poor are given their own property - education and income increases, as well as many other positive effects.

What about business and trade?  There are MANY examples in the Bible of strong, successful men and women who kept God on the throne despite their success and wealth.  But trade must be honest.  God abhors dishonest scales.  Trade must be done in a way that causes the customer and the employee to flourish.  That is the goal.  Profit is a means to this end but should not be an end in and of itself.  But we are expected to be fruitful and multiply so that MORE may flourish (parable of talents and minas).  Maintenance is not good enough.

What about consumption?  The Bible tells us many things about money and wealth.  But much of it can be boiled down to three main points:  The hoarding of wealth is condemned, the sharing of wealth is encouraged, and the creation of wealth is both a God-given ability and command.  The New Testament command to give generously and with a grateful heart means that we should not be asking "How much should I give" but rather "How much do I need to keep?"  The difference in that question is the taking away from the "limitation" of the idea of the tithe from the Old Testament.

These are just a few of the things we can look at to see what the economy of God looks like and how things should operate. 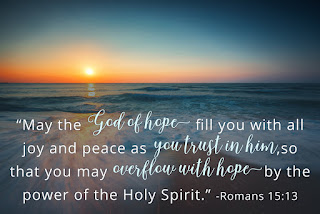 Of course, we don't see any perfect system anywhere, and in my opinion, capitalism comes closest of the four.  But it has many issues, including feeding the desire of unnecessary things and the neglect of certain groups.  While we can get angry at the level of consumption, the inequality in resources around the world, the lack of jobs, and the lack of flourishing, it's important that we turn to hope.

Christians can live and work according to God's economy.  The Christian Church can teach and lead people in this way.  Within our spheres of influence we can have an impact and we must hold on to that hope.

Romans 15:13 reminds of this - and that we, as believers, should overflow with hope through the Holy Spirit!

Pastor Stephen Atria from Uganda is one person that gives me hope.  He has started something called "Monday Church" encouraging his members to live out the economic system of God.  This has had a ripple effect through his church and community.  I happened to catch his testimony a couple of weeks ago during a Zoom training and I invite you to listen to hear it, to also catch the hope that we can have when we apply what we know and believe on a daily basis and in our spheres of influence: