"I don't like going to church," said the Pastor

This week's blog is written by my colleague, Dr. Phillip Walker. 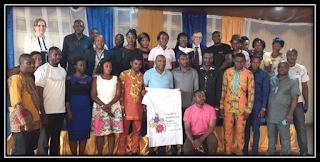 He stood up in the meeting and shared how he has stopped looking forward to going to church on Sunday.  He shared that he felt something was missing.  Church seemed locked into a way of operating that felt dry and not relevant to real life.  He also shared that he was frustrated with the local Bible School.  It seemed that the curriculum the school used was simply the same one everyone else was using and did not have much new to add.  After the first day of training with Discipling Marketplace Leaders (DML), he said he had learned more in six hours than he had learned in the past six years.

His remarks were encouraging to us as facilitators of the message of DML.  I remarked to one of the other participants that I hoped his pastor was not in the group.  The man next to me smiled, and said,  "He is the pastor.  He is also a professor at the Bible School." 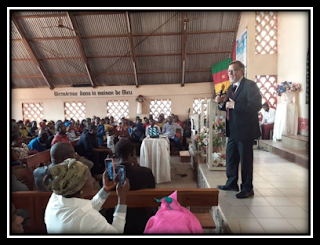 Later I learned from him that he currently teaches at four different Bible schools in Cameroon, but is hoping to launch a school built around discipling the students to be disciple-makers.  Later, when we met with participants from several Bible Schools, they all affirmed that they were looking for something that would help them address the issues faced by the churches in Cameroon.

They all felt that the DML training was part of the piece that was missing which can move churches and Bible schools from the theoretical to the applicable, from purveyors of knowledge to catalysts of application.

As we travel around Africa teaching DML, we hear many stories of a holy dissatisfaction with the way the church is operating.  Far too many churches are more like theaters where church programs are more about entertaining than equipping.  The emphasis is on getting people into the church, rather than sending equipped disciples into the marketplace.  In most places where we go, the Holy Spirit has already been turning the ground over, preparing people for the message of engagement with doing "work as worship." 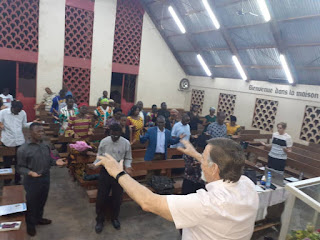 Churches and leaders are looking for a way to become relevant to a new generation, staying true to the Word and equipping them for fulfilling the Great Commission.  (Note:  the median age in Africa is 17 years old.  A young generation!)  When we talk about the greatest untapped resource for the Great Commission being the people in the pew and how their workplaces are their parishes, it resonates and excites.

We have more open doors than we have time to teach.  Please pray for us as we move from Cameroon to Burundi, and then from Burundi to Zambia.
Posted by The Reeds in the Wind at 8:54 PM No comments: