.
Sorry it’s been a while since I put finger to keyboard; been away from easy access to 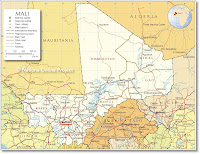 ya’ll. Let me bring you up to speed. I returned a couple days ago from Mali, where the West Africa Team of the CRWRC got together to talk work-related things over and offer the latest of what we are learning to each other. I’ve now jumped back into work in Ghana, and find Renita preparing for her two week journey to Liberia and Cote d’Ivoire in mid February. As for my week in Mali, this is my second opportunity to spend time with my colleagues there, and my sense of the place and people is solidifying.
Every country in West Africa is unique, and I naturally compare them wi 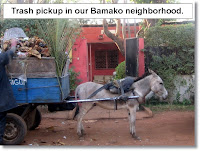 th each other. My “base line” for comparison is Liberia, for a couple of reasons: first, Liberia is where we began our African adventure together and second, Liberia represents the most underdeveloped nation in the region—it ranks at the bottom of the poverty and misery indexes. So my standard is low, but I know it’s not going to get much worse where ever I go. It is ironic then, that I find Ghana—the most stable and developed nation

in the region—more like Liberia than struggling Mali. In terms of development, Mali too is a very poor country, but at least like Ghana, many of the roads are smooth, and in the capital, the utilities are reliable. In fact, the water and power in Bamako, Mali is more reliable than it is in Accra, Ghana. Accra loses power every day, for a few minutes to a few hours, an has water running 5.5 days out of 7. Mali’s utilities are up and running on both counts with only rare interruptions.
It is the culture of Ghana and Liberia that strike me as similar to each other, and also quite different from Mali. Liberia and Ghana are coastline Anglophone countries, hot and humid, and also heavily 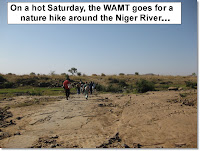 influenced by Anglo-American values. People in and around the Capital cities dress casually, blue jeans and tee-shirts are common, and there is also a decidedly consumerist and materialistic ethos. Even though both nations are poor by North American measures, success still seems to be related to the accumulation of things, so big houses, big cars, and the latest technological gadgets, from plasma HDTV to smart phones, are all status indicators. Both Liberia and Ghana are dominated by Christian influences, and both have many who follow the “prosperity gospel.”
By contrast, hot, arid, dust-covered, land-locked Mali is much more heavily influenced by Muslim forces. Although consumerism is making inevitable inroads, the people of Bamako dress and carry themselves less casually, more 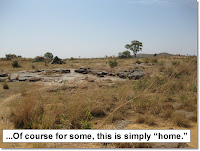 conservatively. Islam is everywhere. The five-times daily call to prayer echoes through the neighborhoods, a ever-present and hypnotic reminder that here, Allah and His Prophet dominate. Mali is also Francophone, which of course is another major factor that separates it from Ghana and Liberia. I liked the people I met in the streets, enjoyed trying to communicate with them, and happy to see their delight mirror mine as we connected over the simplest things. I liked the dry air, which even on the hottest days kept my clothes free from perspiration. I am happy to report my body’s natural evaporative cooling system works wonderfully well in Mali. 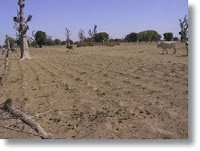 Mali’s dry climate is one reason why so many in this country are hungry. Around Bamako, the land receives about 40 inches of rain annually, most of that falling from June to September. (Compare that to Monrovia, Liberia’s 200 inches a year). But up in Tomboucto, less than half of that falls each rainy season, and for eight months the land sees virtually no rain. Crops frequently fail, and throughout Mali, thousands of forgotten little villages endure steady misery.
The WAMT meetings kept us focused on addressing hunger, poverty and other justices in West Africa, and even greater injustices in Europe and North

America. For my part, I was able to introduce some ideas to the team that I hope I’ll be able to nurture and grow over the coming months and years. I don’t pretend that what I am doing-- or even what CRWRC in West Africa, or Renita and Partners Worldwide is doing-- will impact more than a small percentage of lives in a world where billions deserve better. But I remain committed to doing the little I can. I am grateful that we are on this pathway of discovery, that we get to see more of the world as it is, and grateful that we can no longer insulate ourselves from it. Mostly I'm thankful that I have a hand and the will to lend it.
.

I took the picture on the left in 2007, and the one on the right last Wednesday. Its the difference between the wet season and the dry.

Tis a panorama of Bamako, city of 2 million, taken from hills in the north.

A side stream of the Niger River, all dried up. Shale was everywhere.

A lonely little garden near the Niger River-- which was actually behind me. 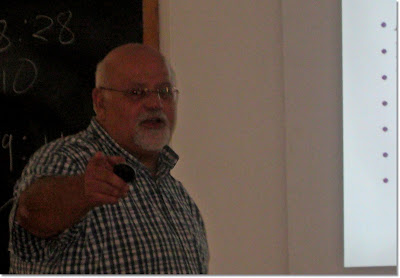 Yers Trooly, presenting on Justice and its inevitable but sometimes annoying partner, Conflict. I think I was pretending I was John F. Kennedy at a press conference-- pointing while talking. 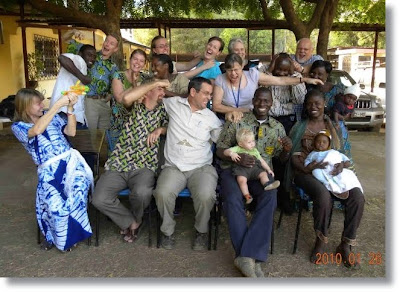 The West Africa Ministry Team, minus most of the staff from Nigeria. By the end of the week of meetings, we were feeling a tad testy.