Integrity and Finance: A door opens

This past Friday, DML completed it's first Integrity and Finance Zoom class, with 56 students from six different African countries participating.  This was our first foray into an online class and has been a positive outgrowth of our travel limitations due to COVID-19.  This was a class that was supposed to be held in Nigeria but because of Zoom we could have many more participants at only the cost of internet!  Because much of the team has been gathering together for prayer regularly on Zoom, it made the transition easier from in-person to doing things online. 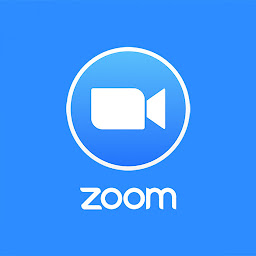 In addition, it was my first foray into Google Classrooms as a facilitator - and for most of the students it was their first time using it as well - and overall it was a success!  It is a great format for assignments, feedback, and a central place for materials.
Additionally, the team learned more about Zoom, and because a number of our students had intermittent problems with internet, we were able to record each class session in both audio and video, so if someone missed a segment, they could catch up later.  And now I have a fully recorded class that could be used in the future as well.
Google Classroom is free.  Zoom subscriptions are very affordable.  We did not have to fly ourselves to Nigeria (which is where we had planned to teach this class in May).  We did not have to fly all of our partners in West Africa to Nigeria, which is what we had planned to do. What a blessing! 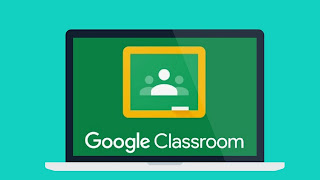 Of course, teaching through Zoom is not the same as being there in person.  There is a lot that is missed doing this from a distance, but as a venue it was pretty good.  People turned their videos on and laughed and joked at the beginning and end of class.  As the classes went on, participants learned to use the chat more and more, which was fun to see.  They were helping each other, teasing each other, sharing with each other through chat (yes, even while I was teaching).  And one of the best parts was the breakout rooms.  Often when teaching in person, you ask people to get into small groups for a brief discussion and it might take ten minutes for them to get themselves arranged and starting to discuss.  Then getting them back to the full group often takes a number of announcements and prodding.  But now, with a touch of a button, they are sent to their breakout rooms, and with another touch of a button they are brought back - whether they are finished or not!  Much more efficient.
And so now the door is opening for us to do more with this.  The Training of Trainers that we were to do in Cameroon in April will now be done for our Francophone partners in August (Burkina Faso, Cameroon, and Burundi).  The Training of Trainers that we were to do in Ethiopia in August will now be done through Zoom in August.
And we are getting more requests like this.
The creativity of humankind to find a way when there seems to be no way.

Imago Dei.
We bear the image of God and because of that we have responsibilities toward God, others, and creation.  I am thankful for those who have used their time and talent to create these pathways for us to connect globally.  Whether or not they understand that they bear the imprint of the Most High God, I benefit from their efforts.  And in turn, I attempt to do the same for others.
Posted by The Reeds in the Wind at 7:36 AM No comments: