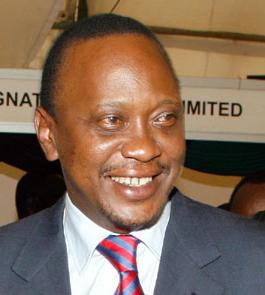 After a long week of waiting, the Kenyan Independent Electoral and Boundaries Commission announced Uhuru Kenyatta as the victor in the Kenyan Presidential election.  He garnered 50.07% of the vote - needing 50% +1 vote in order to win.  Kenyetta is the son of the first President of Kenya, Jomo Kenyatta (1964-1978), and is said to be the heir of one of the countries largest fortunes.  He served as the deputy prime minister following the 2007 post-election power sharing agreement.  He and his running-mate, William Ruto, have both been indicted by the International Crimes Commission in the Hague for crimes against humanity in the 2007-2008 post-election violence.  Their trial was scheduled for April but now it seems that it will be moved to May.  It was thought that the indictment would ruin his chances at the presidential bid, but it seems that the charges galvanized support for him.  Kenyatta, born in 1961, will be Kenya's youngest president, and will serve as Kenya's fourth president.

The outcome aside, the election process itself was an ordeal to watch.  Many of the details of what happened are unknown, but from the little I have garnered from various news reports and conversations, it appears that the multimillion dollar biometrics system, purchased to ensure that there would be fair and transparent elections, failed very quickly due to lack of electricity.  There are over 31,000 polling stations, and once the laptop batteries died, the officials had to go back to the manual way of registering.  However, it is unknown why the results from each polling station could not be fed back to the central tallying center.  By Wednesday they gave up on the biometrics system and began manually counting the more than 12 million votes (not an easy task, given that there were votes for president, county governors, senators, members of parliament, civic wards, and women county representatives).  Kenyatta's main rival, Raila Odinga, the current prime minister, has alleged massive vote tampering and has promised to pursue this in court.  There were reports of several violent demonstrations on Saturday night, but it appears the police quickly resolved them; Sunday so far has been peaceful.

As we watched and waited this week, I was reminded of a scene from Bob's favorite animated movie, Shrek.  Discovering truth is not an easy thing.  Understanding what happens in terms of election process, and even in terms of why people vote the way they do, is complex.  Like an onion, there are many layers that need to be peeled back to get to an understanding of truth.  And as Donkey observes, onions (like the truth at times) stink...they make you cry...and sometimes they get all brown and start sproutin' little white hairs....and not everyone likes them.  Here is the narrative from the movie that makes me smile: 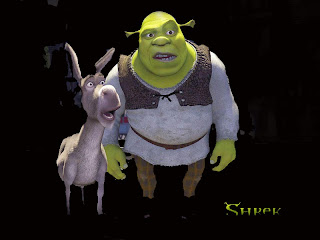 Shrek: For your information, there's a lot more to ogres than people think.
Donkey: Example?
Shrek: Example... uh... ogres are like onions!
[holds up an onion, which Donkey sniffs]
Donkey: They stink?
Shrek: Yes... No!
Donkey: Oh, they make you cry?
Shrek: No!
Donkey: Oh, you leave 'em out in the sun, they get all brown, start sproutin' little white hairs...
Shrek: [peels an onion] NO! Layers. Onions have layers. Ogres have layers. Onions have layers. You get it? We both have layers.
[walks off]
Donkey: Oh, you both have LAYERS. Oh. You know, not everybody like onions. What about cake? Everybody loves cake!

Things that look incredible...like a country voting in a president who has been indicted by the ICC for masterminding the last post-election violence...begin to make sense when you peel back the layers of what was happening at deep levels at the time.  It's still hard to know what truth is...because it changes depending on who you talk to...but it does become a little more clear the deeper you go.  I'm truly happy that this election is now behind us and am thankful for all prayers that were said for peace.  And I am very thankful to God for the peace that has mostly prevailed.

As for me, now that the election is over, the work can start in earnest.  On Monday, I will begin visiting the businesses in Kitale who will begin the weekly training with the Friends Church on Friday.  They are having difficulty keeping the number down to a manageable group, as many people want to be in this first class.  On Saturday, I will have a workshop at the ATS campus in Mt. Elgon, with fifty business people expected.  Let the work begin!

By the way, I am looking for prayer partners for each of the businesses in the Kitale training.  If you are interested in praying for a business for twelve weeks, please email me at renitar@icmusa.org for more information.
Posted by The Reeds in the Wind at 11:30 PM No comments: