When I teach at various universities and seminaries, I often introduce myself this way:   "I'm a Dutch, Canadian, American, Liberian, Ghanaian, Kenyan citizen.  So I'm mostly confused.  But I know that I am a child of God and a citizen of heaven, awaiting my time to go Home!"  People laugh and I expand a bit more on my background. 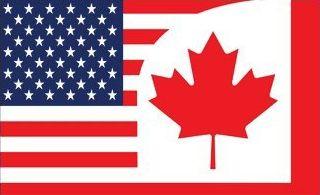 My husband, Michael, is Canadian with a green card and he has no plans to change that any time soon.  He insists that I too am Canadian, but I remind him that when I became an American in 2009, I had to "forswear all other" nationalities and pledge my allegiance to the US.  This has been an ongoing (playful) argument as to whether I am a Canadian.

But then this happened to me last week.

On Wednesday, I drove to Port Huron, MI in order to get into Canada to spend a little over two weeks at my aunt's house with my mom.  Fourteen days must be in quarantine, but my aunt's house offers me my own bedroom, bathroom, office (so I can keep working), and living space.  I did this in December and the approval that they gave me in November is for six months, so I thought I should make one more trip (especially as I hope to be going to Africa again soon!).

The border guard looked at my US passport, my paperwork and my recent COVID test results, and then said, "I need to refer you to the Port Health Authority to go over your quarantine expectations, but as a Canadian, you should have no problems getting in."  I nearly repeated, "As a Canadian?"  But having learned long ago to say no more than necessary, I thanked him and went to see the Port Health Authority.  I ran into trouble with them and they denied me entry because they said my mom couldn't be in the same house where I was quarantining because that is a mix of too many households.  Since that was my whole reason for going (to spend time with her), I knew I had to turn around and go back home.  While I was on the phone with her telling her the bad news, the official who met with me came over and said, "Since you are a Canadian, it doesn't sound like they are making the right call - let me check with them."  Again I'm a Canadian, I wondered?  Two minutes later, the Port Health Authority person called me back and said they changed their mind based on the size of the house.  I was cleared to go. 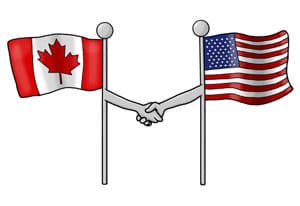 Of course, I was greatly relieved but I thought it curious that after 11 years of being an American and entering Canada with an American passport, I've never been referred to as a Canadian.

So I guess, from Canada's perspective, I am Canadian.

It's a little strange to be unsure of your identity.  When I say I'm American, there is always a twinge of not feeling fully American.  I certainly haven't felt like I'm Canadian.  I have tried to move away from being identified as Dutch, even though my parents are both from the Netherlands.  And I certainly can't claim I'm African, even though that's the continent I have grown to love and where I would love to continue living.

I'm glad my citizenship is in heaven and all the rest really doesn't matter.  As long as I have travel papers that allow me to cross borders, I'm happy! 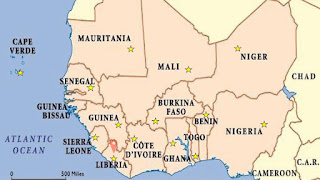 And, Lord willing, in May I will be traveling to Burkina Faso, Cote d'Ivoire, and Liberia to meet with Assembly of God pastors and Harvest International Ministries.  It's been about a year since I've been in Africa and it is time!

Oh...and one more thing...I guess my husband was right about me being Canadian.  He says that I don't say that often enough...that he is right...so let me say it publicly here!