Depending on the circles you are in, missionaries are viewed as either very good or very bad.  When I am in the US, I tend to be introduced as a "missionary" and I am listed as a "missionary" by the churches who support me.  However, when in Africa and I have to fill out "occupation" on the customs and immigration cards, I never say "missionary" nor do I identify myself as such in any introductions or conversations.

Recently, I was given an article recently by my friend and brother in ministry, David Graf.  It was from Christianity Today, entitled "The World the Missionaries Made."  It addressed the stereotype of missionaries as closely connected to colonialism, with great cultural insensitivity, paternalism, racism, self-centeredness, and exploitation.  This is the description I hear the most of in Africa; it is the image portrayed in the well-known book, The Poisonwood Bible by Barbara Kingsolver.  Instead of this stereotype, this article addressed research done by a dean at Fuller Theological Seminary, Robert Woodberry, who studied the statistical link between democracy and Protestantism.  Could it be that missionaries did some things right?

Robert Woodberry studied why some nations developed stable representative democracies in which citizens enjoy the rights to vote, speak, and assemble freely, while neighboring countries suffer authoritarian rulers and internal conflict.   He also looked at public health and economic growth in countries that had seemingly similar geography, cultural background, and natural resources and created a statistical model to test the connection between missionary work and the health of nations.  He looked very carefully to be sure not to confuse correlation with causation.  For example, what if missionaries went to places predisposed to democracy?  Or what if the colonizing country was actually the catalyst for the move toward democracy?

What he found was that the impact of missions on global democracy was huge. This became his claim:  "Areas where Protestant missionaries had a significant presence in the past are on average more economically developed today, with comparatively better health, lower infant mortality, lower corruption, greater literacy, higher educational attainment (especially for women) and more robust membership in nongovernmental associations." 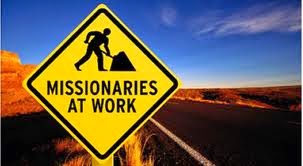 He had proof that missionaries had educated women and the poor; they had promoted widespread printing of tens of thousands of religious texts; led nationalist movements that empowered ordinary citizens; and mass education and mass literacy were very deliberate projects of missionaries as they wanted nationals to be able to read the Bible.   Literacy, of course, leads to democratic movements.

This research has since been picked up by the American Political Science movement and Woodberry has received awards for his work on the subject.  It is beginning to change the way scholars, aid workers, and economists think about democracy and development.

There is something here for the church to learn as well.  The ugly character of the missionary can be transformed and we can see a sign of God's greater purposes being worked out through the lives of imperfect but devoted people.

For me, it helps me not to cringe as much when I hear the word "missionary" ascribed to me.  It makes me feel affirmed in the work that I do in church based economic development, which I also hope leads to greater democracy, voice for the poor, and greater justice overall. 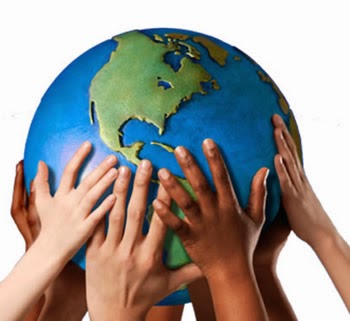 This past week we gave out a second round of loans, this time to four groups and four individuals, including several new church groups and including the city of Eldoret now.  Kitale started a new class with ten new churches in attendance again.  The three new associations formed through our work thus far are meeting and continuing to find their voice in their sector.  I always thought I was a different type of missionary, doing business development rather than church planting - but now I feel like I fit in more closely.  I still probably won't refer to myself as a missionary, but maybe I won't cringe as much when it happens.

For the full article from Christianity Today, go here.
Posted by The Reeds in the Wind at 10:35 AM No comments: