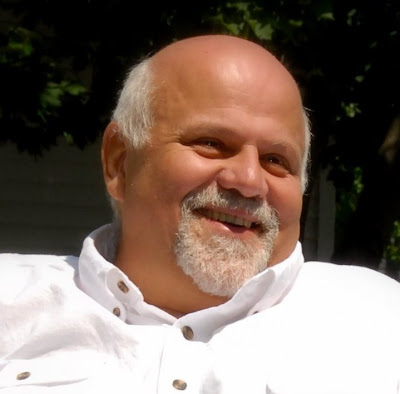 I can’t believe I have to write these words. It’s difficult to even get my fingers to move on the keyboard. My dear friends, “Yers Trooly,” Robert Allen Reed, passed away on Saturday, March 20, at 2:00 pm GMT, of a pulmonary embolism. He came home from Nigeria on Thursday evening, feeling great. He had so enjoyed the workshops that he had facilitated there, with Christians and Muslims, talking about one of his favorite topics: peace building and conflict resolution. It felt like such a key time for him to be there with the recent conflicts. This past year had been a little dry for him, with being in the US, moving and getting set up in Ghana, not really having any connections in Ghana. This trip to Nigeria seemed to breathe new life into him. I was thrilled to see him so animated.

As you may remember, he had been battling a staph infection on and off since September. Privately, we called this his “year of pain” as it seemed to be one thing after another for him – infections, bulging discs, malaria, bursitis, etc. While the staph infection had given him a break in Nigeria, for some reason as soon as he came back to Ghana it exploded again, and Friday evening I counted seventeen painful sores on his head. But he repeated to me that he wasn’t angry about being sick again – he was embracing this year of pain as something from God, learning what he can from it. Saturday morning he informed me that he was feeling very uncomfortable – his head felt like it was on fire and it hurt for him to breathe deeply. Fearing that the staph infection had moved into his lungs, we decided to go to a clinic. But it was very difficult for Bob to get out of bed – he was not getting oxygen and kept saying he would pass out if he got up. We finally got him in the car but on the way his speech started slurring and his lips turned blue. We rushed to the hospital instead. Once there, they got him on oxygen, did some lab tests confirming staph, and concluded that it was staph pneumonia, even though he had no fever nor did his lungs sound congested. They started him on antibiotics; about an hour later he started complaining of severe chest pain and started fighting to breath. The doctor again listed to his chest and suddenly heard what he thought could be a pulmonary embolism. They immediately gave a shot to dissolve the clot, but about thirty minutes later, Bob passed away.

Hannah and Noah were brought to the hospital by a friend, where we all were able to spend some time crying and saying goodbye. One of the Reed family traditions is that when anyone goes on a trip, we all gather around that person, lay hands on them and pray – we had just done that two weeks earlier when Bob left for Nigeria. At Bob’s bedside, Noah said, “This is just another journey that Dad has gone on. We’ll see him again.” So we laid hands on him and prayed.

We know that he was received into the loving arms of his Savior with a loud exclamation of, “Well done, thou good and faithful servant.” We know that he is having the time of his life exploring heaven, meeting many saints, asking many questions of people who have gone before him, and probably getting into many debates. But we also know that his time here was too short. There was parenting still to do, partnering still to do, and ministry still to do – all of it in a way that could only be done by Bob Reed.

Why did this happen? I don’t know and can’t afford to go there right now, except to acknowledge that I trust my Father in heaven – who loves me and my children more than Bob did. And He loves the people of Liberia, the people of Nigeria, the people of Madison Square Church, our neighbors from Prospect Street….so we have to trust that even though Satan may have meant this for evil, God will use it for good. Whether we see that or not, I don’t know.

To those of you who have been faithfully reading his blog, I’m sorry for your loss as well. He loved you and doing the blog was a very important part of every week for him. Thank you for your faithfulness in reading and encouraging him through this forum.