Weather: Hot, hazy and humid, although the evening haze coupled with an occasional northern breeze suggests an early Harmattan. Otherwise, daytime temps in the mid 90sF (mid 30sC) and lows at night around 80. In the house, it rarely gets below 85F at night, and last night we lost power so-- no fans! Mid day breezes mostly out of the SW at around 10MPH. The breezes die down at night now.


A Few More Images from The Coast of Ivory


Renita is home after visiting our western neighbors for a couple weeks. Its good to have her back with us. I said last week she had a successful time. She strengthened new relationships and enjoyed her longstanding friendships with others. She came up with a few more pictures, and even a couple of her spirit-and-body numbing night motorbike ride through the back roads of Liberia. 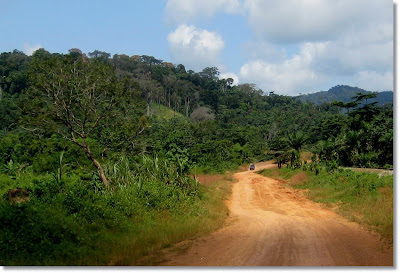 Cote d'Ivoire's 18 Mountains Region, around Danane'. These roads are the main arteries connecting village to town, town to city. In the Northwest region, they are dusty in the dry season, an often impassable in the rainy season. 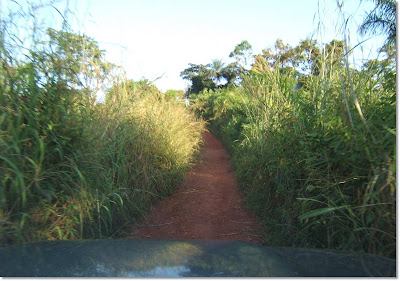 Some roads, which the locals know so well, are barely wide enough for a single vehicle to pass. 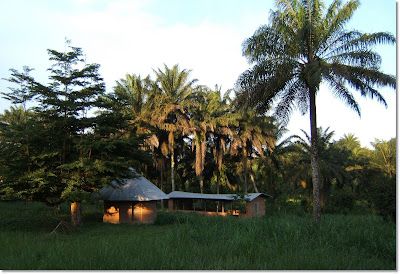 Nice evening shot of one of ACLCP's demonstration farms. Farmers come from all around for training in better methods for a variety of crops and livestock-- including snails and large rodents called grasscutters. 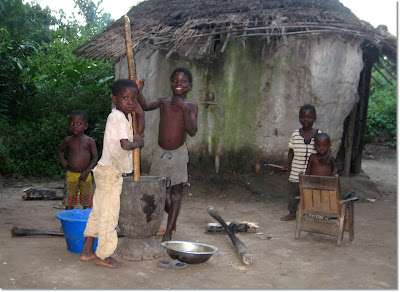 In the neighborhood, boys pounding something. Where's mom? Daily life in West Africa. 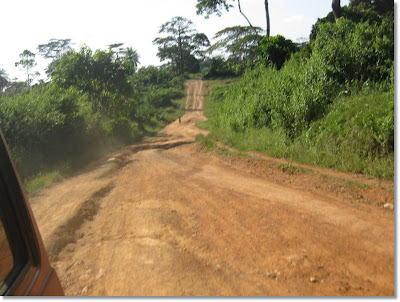 The roads never let you rest. While you are trying to enjoy the sights, the jarring and rattling never stops. A trip of more than an hour becomes something of an ordeal. 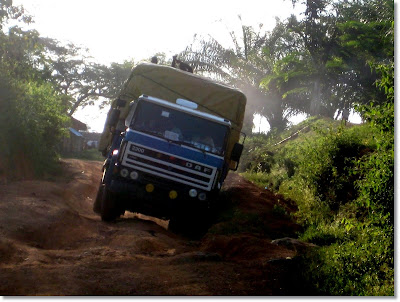 You never know what you'll face coming the other way. These guys almost didn't make it. Simple physics: the higher you stack the truck, the higher the center of gravity, and the easier it is to tip. Note the guy up top leaning with his arms to his right. He'd be much more helpful if he jumped off.
. 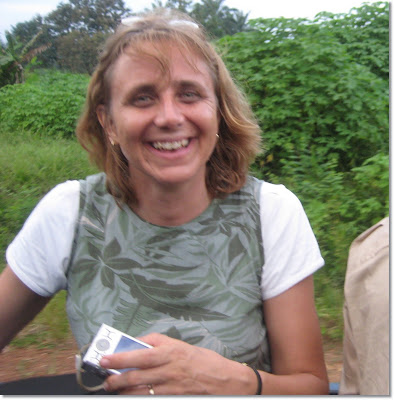 Much of Renita's travels around Danane was in the back of a pickup truck. 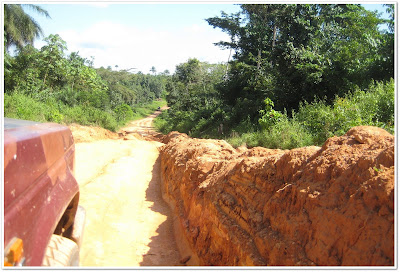 It afforded her some over-the-side shots. This wall becomes mud in the rainy season, then collapses together with the wall on the other side, making the road a three-foot deep lane of sticky muck. 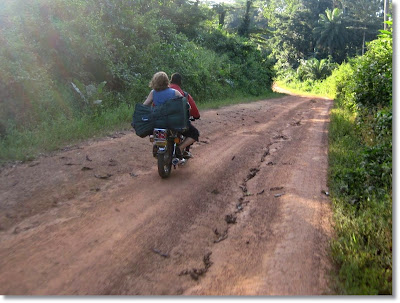 Renita, leaving Danane' and heading toward Ganta-- three hours away-- last week. She handled a really dangerous ride with her typical plunge-in style. At one point they had to follow a tanker for miles, throwing up thick dust, at another point they almost flipped on one of Africa's famous log bridges-- the front tire almost wedged between logs. 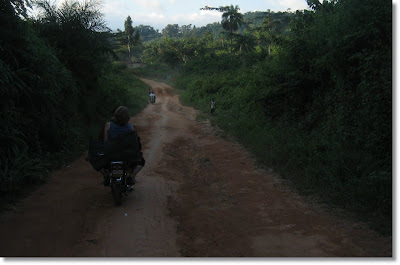 As darkness falls, one last shot of our intrepid saint, bouncing and banging, sputtering and coughing into the sunset. This is maybe my new alltime favorite picture of Renita. Few shots capture her determination, passion and courage so well.

Posted by The Reeds in the Wind at 5:53 AM No comments: